Assessment of Gas Demand in Spain for first half of 2014

News prepared by AleaSoft, a leading company in the development of price and consumption forecasting models in energy markets

The conventional gas demand has decreased mostly due to the higher temperatures in 2014 and the lower use of cogeneration to produce electricity. The temperature has increased 1.7°C in the first half of 2014 comparing to the average temperature of the same period last year. At the same time, the use of the cogeneration has been seriously decreased due to the new legislation that drastically reduces the incentives to this technology. The cogeneration in the first half of 2014 went down 25.9% compared to the same period last year

The conventional gas demand, composed of domestic, commercial and industrial sector makes approximately 86% of total gas demand during the first six months of 2014. A similar value was recorded in the first half of 2013. 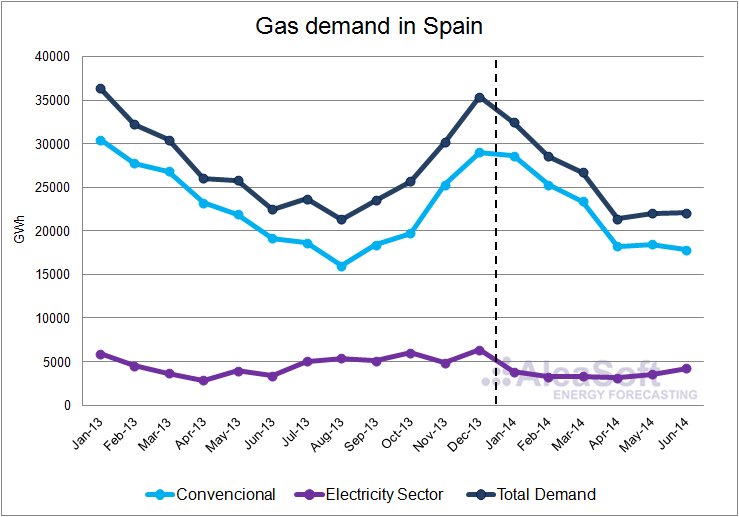