March 12th, 2018.- The Iberian wholesale electricity market MIBEL, that includes the electricity trading in Portugal and mainland Spain, recorded a price of 7.64 €/MWh on Sunday March 11th. Such a low price was not recorded since January 1st of this year. Moreover, it was the lowest price of all the European markets on Sunday. This is the average price for the 24 hours of the day, if we look at the hourly price, the minimum was 3.00 €/MWh, between 7 a.m. and 9 a.m. 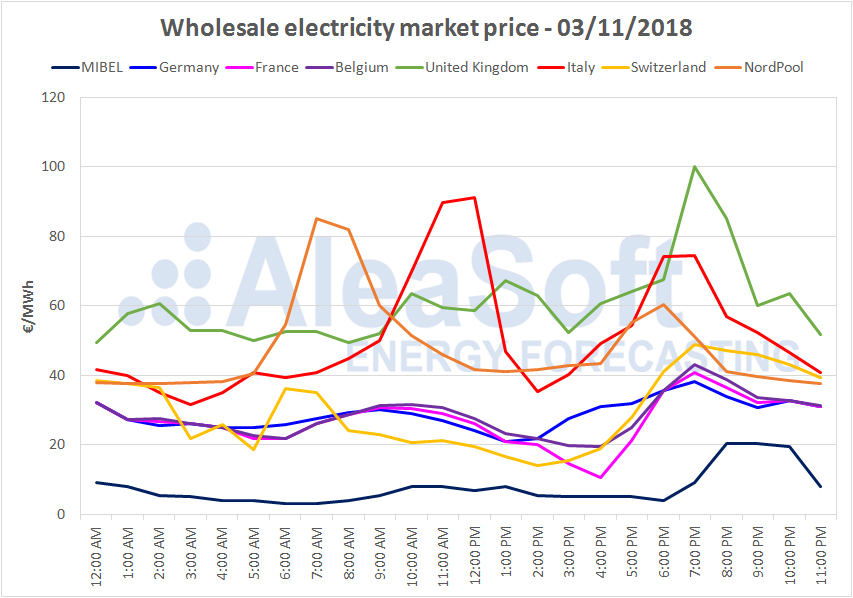 For the rest of the European markets, the minimum hourly price was 10.44 €/MWh, and it was recorded in the French electricity market EPEX SPOT between 4 p.m. and 5 p.m.

The energy from renewable sources were so high that the Spanish TSO (REE) instructed the nuclear plants to reduce their output power, from 6 049 MW on average on Saturday, to 4 906 MW on average on Sunday. The nuclear output power reduction was kept until early morning on Monday, and the power restitution started around 6 a.m. The nuclear energy represented the 19% of the total electricity production on Sunday, an atypically low value for this technology on a Sunday. 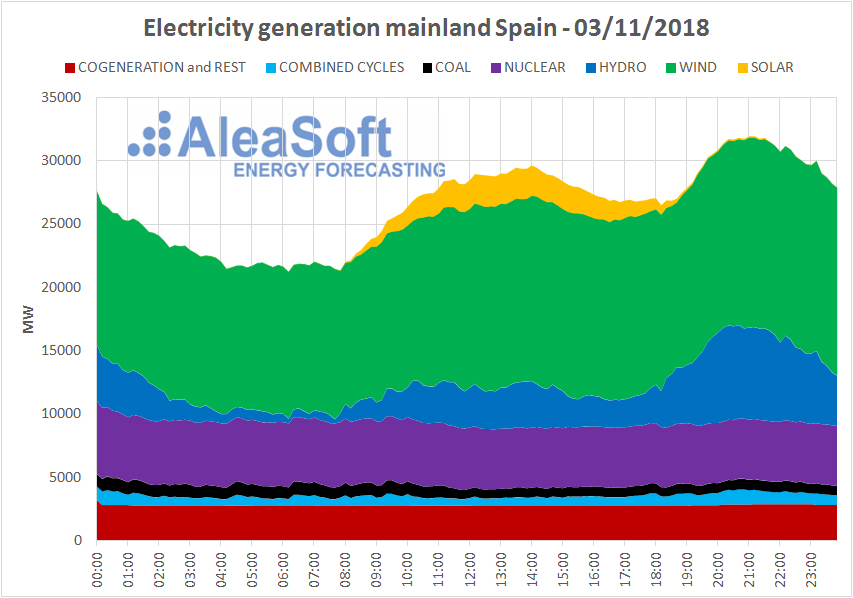