NEW RECORD IN ELECTRICITY EXPORTS FROM SPAIN TO FRANCE

However, the prices reached last week are far from the ones registered last winter. In France, a price peak of 195.11 €/MWh was registered on Wednesday at 6 pm, while in Spain, on that day, the price “only” reached 63.21 €/MWh.

But the values of electricity exports from Spain to France did beat the numbers of last winter. Then, the maximum daily net balance export to France was 56.86 GWh, while on last Wednesday, the exported electricity was 68.85 GWh.

In any case, it is too early to anticipate if a new French nuclear flu can happen again and impact the price of the Spanish market MIBEL in the same way as last year. While it is true that in France 20 out of 58 nuclear plants are still shutdown and the water reservoirs are at historical minimum levels in Spain, this week began with an increase in the wind energy and a moderation in the temperature and the demand. But for the rest of the week, the increase in the demand due to the expected temperature drop could lead prices to new highs. 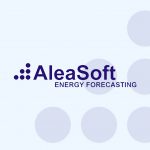 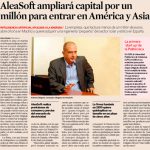