The Balance of Energy Consumption for 2010

26th January 2011.- Demand for electricity in Spain rose by 3.28% in 2010 in comparison to 2009, or 2.93% after adjustment for calendar and temperature factors, but has still not recovered to the levels of before the economic crisis. 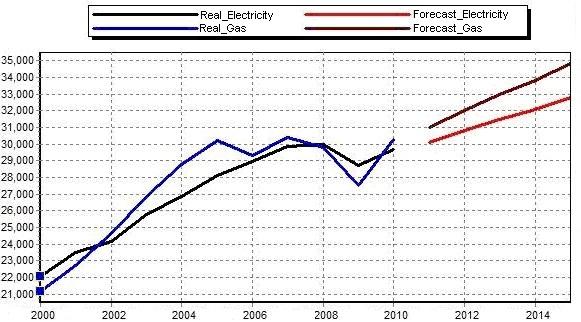 Graph showing the year-on-year development of the demand for electricity on the Iberian Peninsula and the demand for conventional gas in Spain (hourly mean): real and forecast [MWh].

Joint analysis of the demand for gas and electricity

Joint demand for electricity and conventional gas in Spain rose by 6.65% in 2010. Growth of 1.92% is forecast for 2011, recovering the rate of growth prevailing before the crisis.