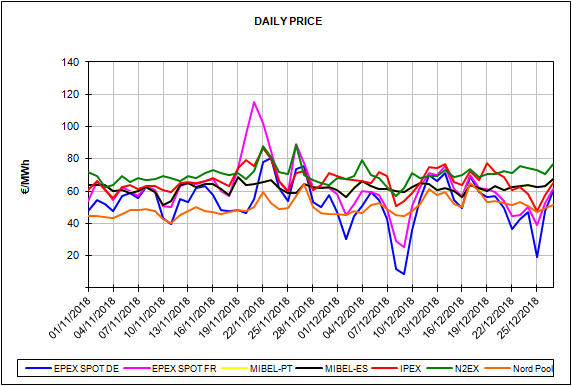 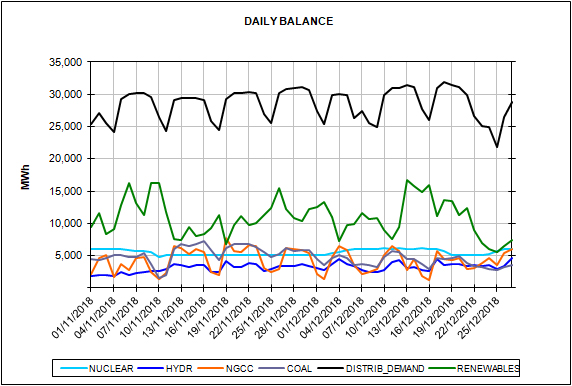 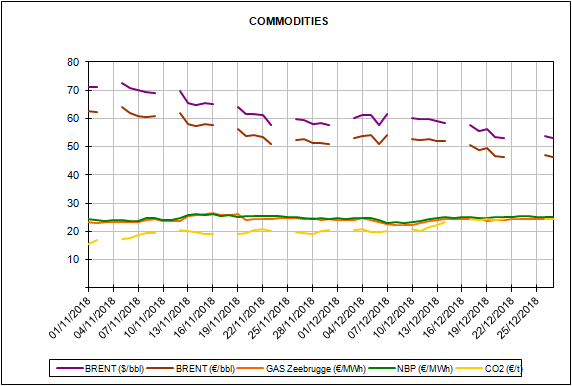 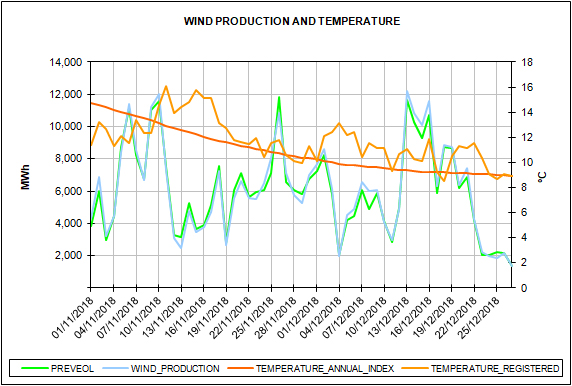 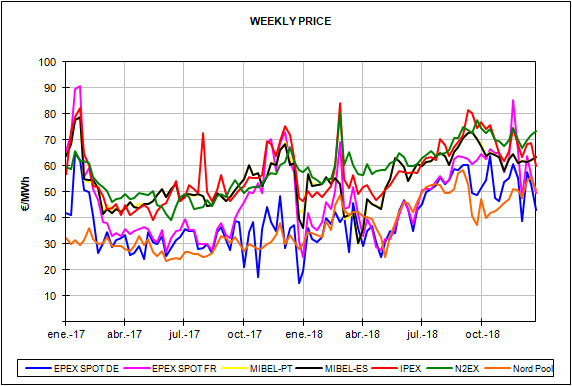 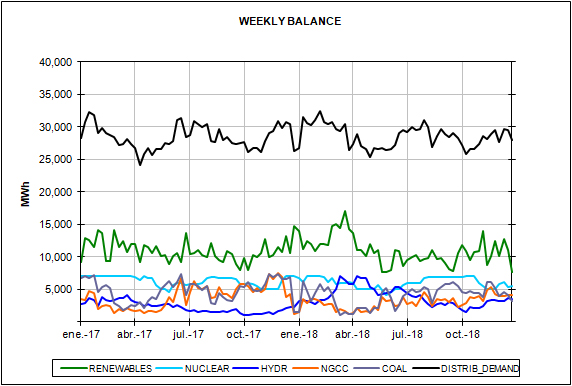 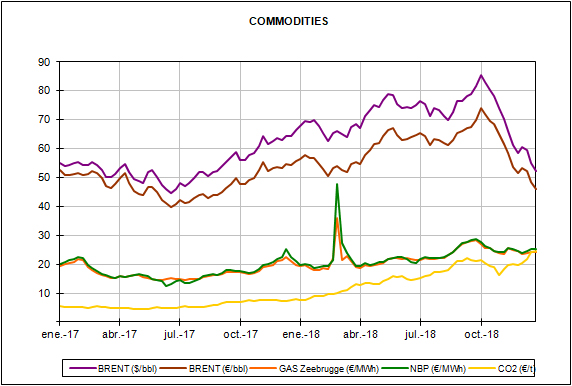 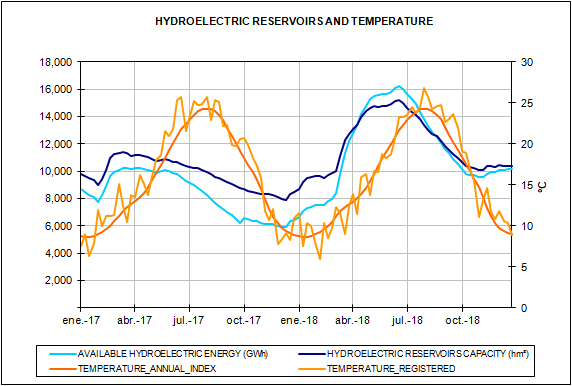 The price of CO2 emission rights continues to rise and last week was above 24 €/t. The future of December 2019 settled at 24.91 €/t in the December 21 session of the EEX market.

The average daily price of the German electricity market EPEX SPOT was the lowest of the main European markets between December 21 and 26, even below the traditionally lower Nord Pool. However, if the average price of the German market between December 21 and 27 is analysed, the price was the second highest in the last decade because wind production has been at the usual values of the season, while in previous years it has been greater. The price of the British market N2EX was the highest among the main European markets since December 21 and, since December 22 is followed by the Iberian market of Spain and Portugal.

Since the beginning of the week, on December 24, until December 27, the average price of electricity in the Iberian market was 64.30 €/MWh for Spain and 64.32 €/MWh for Portugal, almost 2 €/MWh higher than the previous week. Although the electricity demand was lower due to the Christmas holidays, a low wind production caused the prices in the spot market to increase.

Nuclear has been the technology with the largest share in the Spanish generation mix during the first three days of this week, from December 24 to 26, although the Vandellós nuclear power plant is expected to continue until January 2.

It is expected that the next week of December 31 the temperatures of peninsular Spain will decrease. In AleaSoft it is estimated that electricity demand will increase due to the expected decrease in temperature and higher economic activity compared to the current week.