AleaSoft, March 26, 2021. In 2021, AleaSoft celebrates ten years of collaboration with the Norwegian electricity system operator Statnett, which uses short and mid‑term electricity demand forecasting based on the AleaModel scientific model. A good time to remember the importance that the demand forecasts have had since the implementation of the first electricity distribution grids.

At times like the present, in the middle of the explosion of the renewable energies, on the way to achieve the environmental objectives of the NECP for 2030 and of the total decarbonisation of the economy by 2050, the forecasting of the production of renewable energies, such as the wind energy or the photovoltaic energy, takes a certainly deserved role. But on the other side, on the demand side, the forecasts continue to be just as critical, and even more, given the changes that are expected in the future, such as the electric vehicles, the batteries or the green hydrogen production.

The need for the electricity demand forecasts in all horizons

Since the beginning of the development of the electricity distribution systems, more than a hundred years ago, knowing in advance the amount of energy that was going to be consumed at each moment has been a constant necessity. For this, since then, the electricity demand forecasts for all forecast horizons have been necessary.

Starting with the most immediate short term, the demand forecasts for the next few hours or minutes are necessary to be able to manage the deviations between generation and demand. In the medium and long term, the forecasts are important for a correct planning of the needs of the transmission and distribution grids in the future.

Regarding who needs the electricity demand forecasts, practically any actor of the electricity sector will need, at one point or another, consumption forecasts. The utilities and the retailers need them to estimate the demand of their customers and make offers in the market to acquire the energy necessary to satisfy it, both in the short term, for the daily electricity market, and in the medium and long term to plan their hedging in the futures markets, bilateral contracts and PPA.

For the electricity system operators (TSO), the companies that operate the large national electricity transmission grids, the demand forecasts are the most critical point in their entire operations. The correct minute‑by‑minute balance between electricity production and consumption depends on the quality of these forecasts, and thus avoid deviations that could lead to blackouts. But the correct planning of the investments in the expansion and the improvements of the grids to satisfy the needs of the long‑term demand also depends on this. 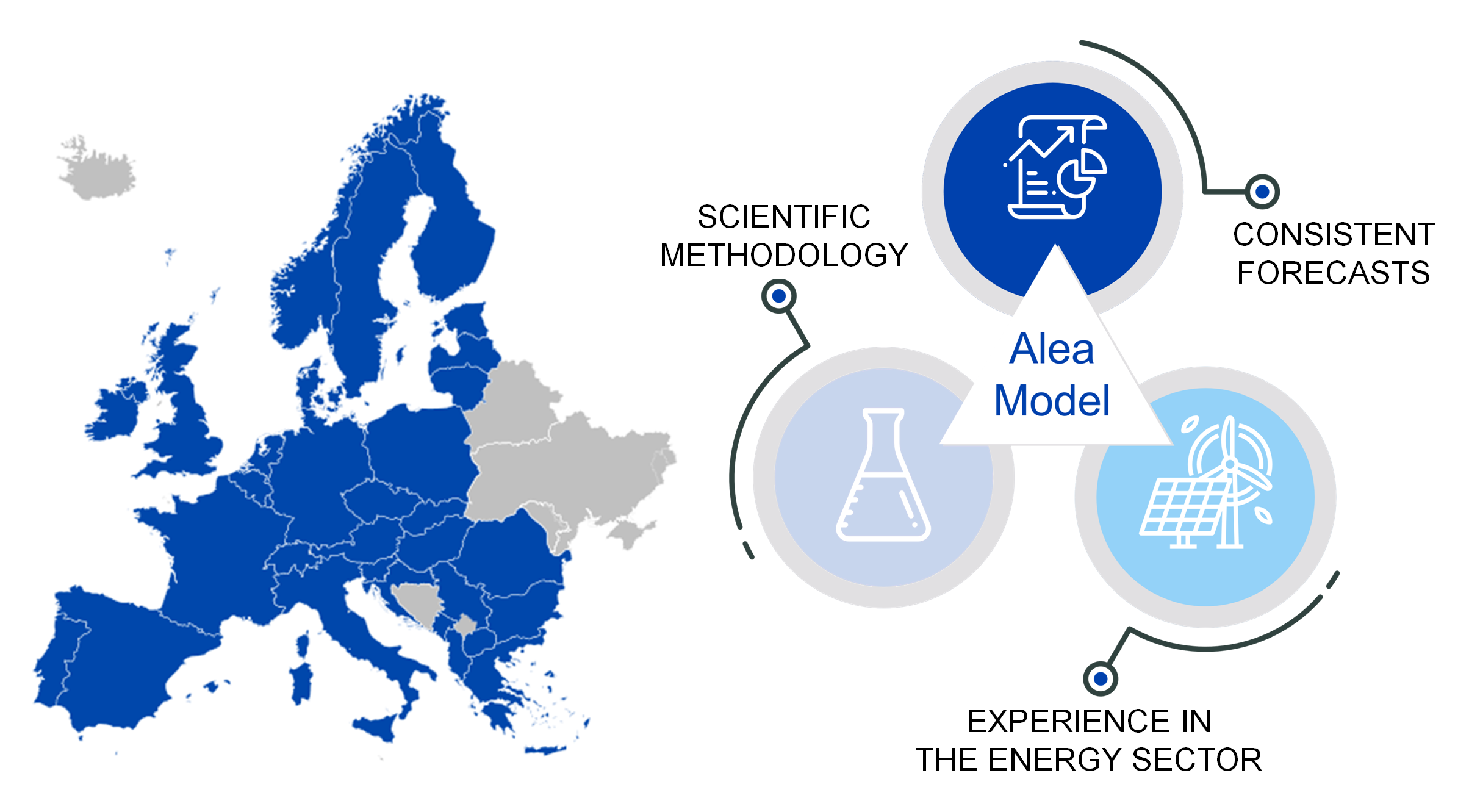 The demand forecasts for the Norwegian electricity system

In 2021 it is the 10th anniversary of the beginning of the collaboration between Statnett, the Norwegian Electricity System Operator (TSO), and AleaSoft, to make forecasts of national electricity demand and of the eight regions of Norway both in the short and medium term. For the demand forecasting supply, Statnett, which is subject to the Norwegian Public Procurement Act, organised a public tender for the contracting of the services, which was attended by companies from all over the world. Finally, the contract was awarded to AleaSoft, which was the winner of the tender, thanks to the quality of its forecasts. These forecasts have the added difficulty that the northern region of Norway is located over the 66th parallel, within the Arctic Circle, with extreme conditions of temperatures and luminosity, and the consequent difficulty in making forecasts of electricity consumption.

Since then, Statnett has an application developed by AleaSoft that automatically generates forecasts every five minutes, taking into account all the new available information on demand and meteorological data. The obtained forecasts have a granularity of 15 minutes and a horizon of 72 hours in the short term and of 13 months in the medium term. The data input and forecast output process uses a web service system to communicate with the Statnett applications and processes.

The forecasts use AleaModel, a forecasting methodology developed by AleaSoft specifically for the energy sector. It is a hybrid and scientifically‑based methodology that combines classical statistical techniques, such as the regression, econometric models, and the time series analysis with SARIMAX models of the Box‑Jenkins method, with advanced Artificial Intelligence techniques, such as the Recurrent Neural Networks and Machine Learning algorithms.

In addition to the Norwegian electricity operator, AleaSoft worked and works with other TSO of some of the most important countries on the European continent.

The demand forecasts as input to the price forecasting models

Apart from the importance of the electricity demand forecasts in themselves, at AleaSoft they are also used as one of the inputs of the electricity markets prices forecasting models. Estimating the demand is necessary to calculate the thermal gap, which fraction of this demand will be covered by the renewable energies, the amount of energy exchanges with other interconnected markets and the necessary production of the combined cycle gas turbines.

The automation of the forecasts provided by the AleaSoft services, as well as the data collection with the AleaApp platform, are tools that help advance the necessary digitalisation of the companies of the electricity sector.