The Balance of Electricity Consumption for the first half of 2011

July 21, 2011.- The electricity demand in Spain for the first half of 2011 dropped 0.6% with respect to the demand recorded in the first half of 2010 and grew 0.4% when correcting the calendar and temperature effects. One of the conclusions that can be drawn from this information is that we still have not reached the values of electricity demand registered before the economic crisis.

With this information in hand, Aleasoft are conservative with its estimates for electricity and gas demand. 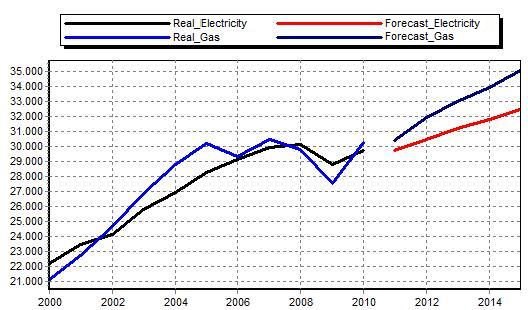 Trend graph of the annual demand in Spain of electricity and conventional gas (hourly average): real and estimated values [MWh]. 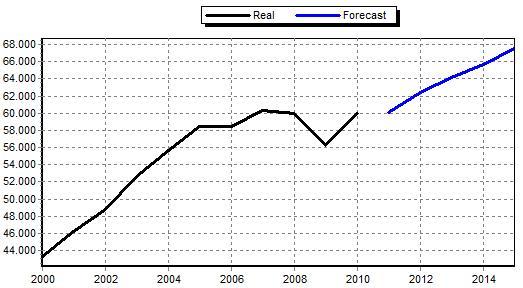