AleaSoft, December 10, 2018. This is the third and final part of the AleaSoft summary on the main factors that have influenced the price of the Iberian electricity market in 2018. On this occasion, internal factors such as weather conditions, and how they affect the demand and the renewable production are analysed.

Looking at the comparison of the average hourly profiles of the electricity demand in peninsular Spain and the price of the Iberian market MIBEL in 2018, it is clear that the demand is the most important factor when establishing the price in the electricity market. 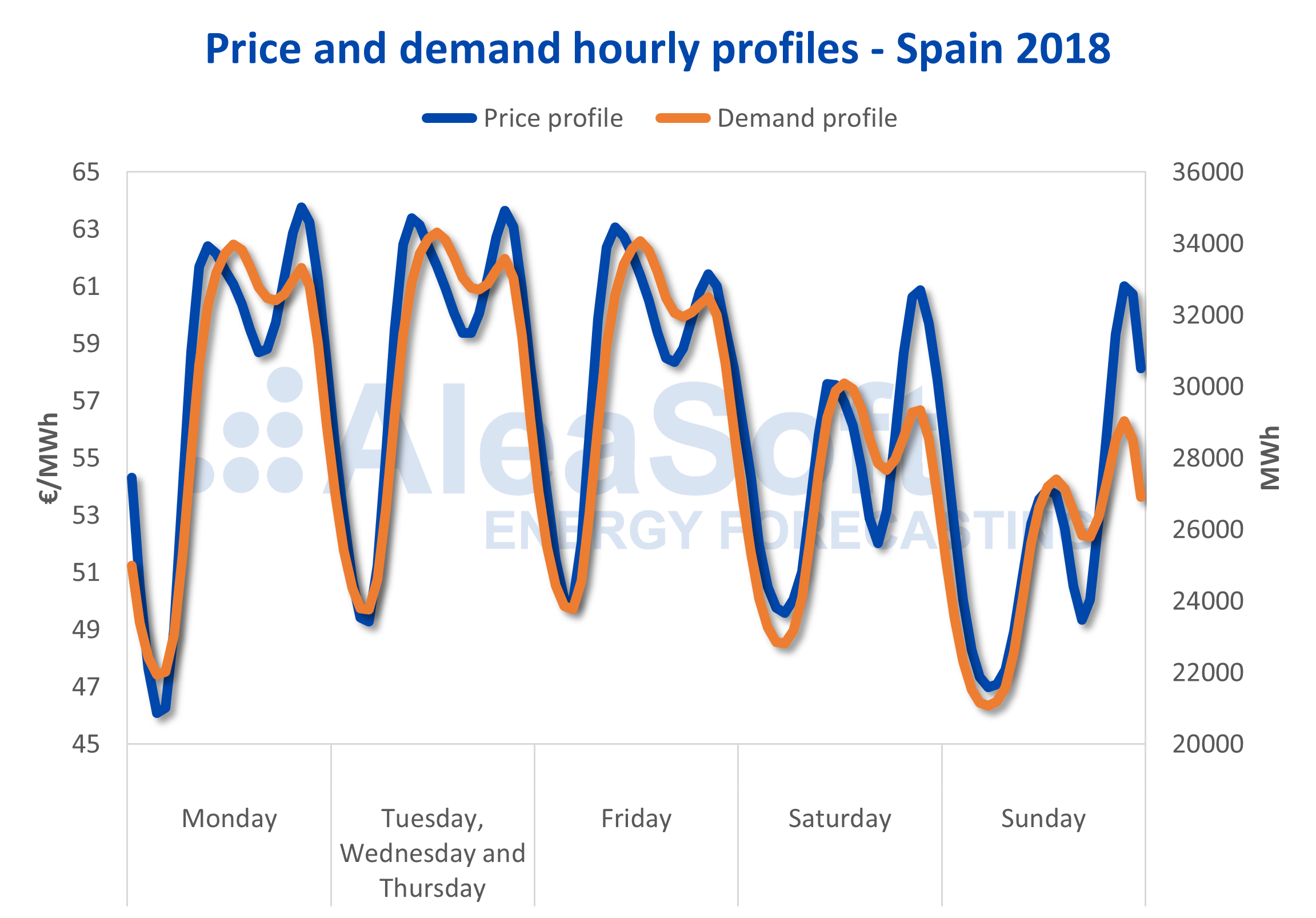 Sources: Prepared by AleaSoft using data from OMIE and REE.

The daily and weekly labour patterns (working days, holidays, inter-holidays, holiday seasons, etc.) are what define the average profile, both for demand and price. The demand for electricity is also altered by temperature and humidity, which in warm periods increases the heat temperature. Regarding the temperature, 2018 has been a relatively warm year that follows the trend of the progressive increase of the average temperature in peninsular Spain. Specifically, between August 2 and 6, the highest temperatures of at least the last 20 years were recorded, with an average value of 28.2 ° C.

Beyond the hourly profile of the demand, in the mid-term it is also influenced by economic and industrial activity, and also by the increase in energy efficiency. According to data from REE, once the temperature and labour effects have been corrected, in 2018 the demand growth is around 0.6%, which can be attributed to economic activity and energy efficiency. 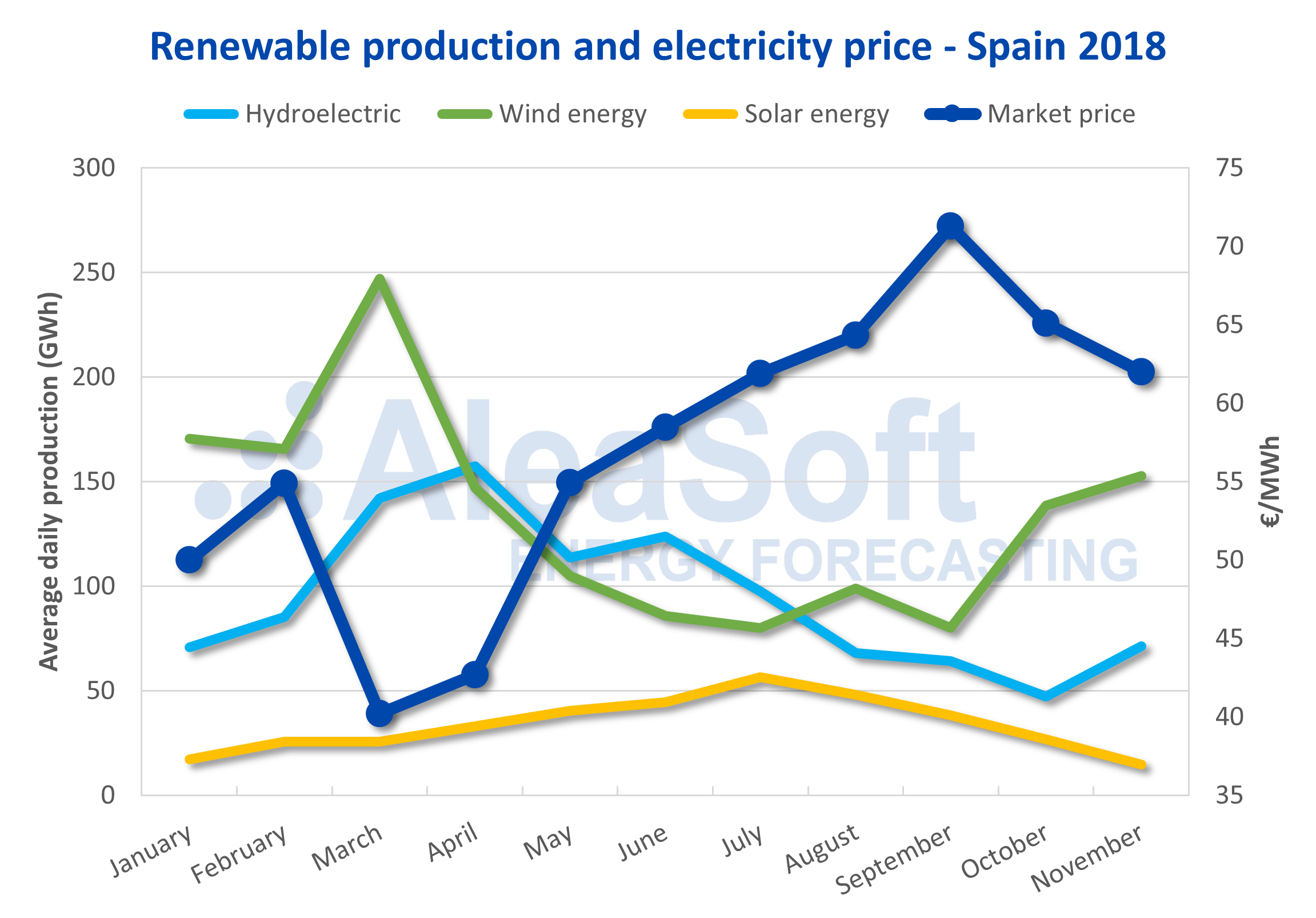 Sources: Prepared by AleaSoft using data from OMIE and REE.

The nuclear production can also be considered an internal factor of the electricity market price, since the price of its offers is not subject to the price of its fuel. The Spanish nuclear plants will end 2018 with an approximate production of 53.8 TWh, the lowest production of the last nine years, a drop in production due mainly to the stop of the Vandellós power plant for almost five months between March and July.

Renewable sources and nuclear energy production determine the thermal gap to be filled by thermal production subject to the cost of their fuels and CO2 emissions to set their marginal costs, factors that are considered external and that have been explained in the first of the AleaSoft summaries on the price of electricity this 2018.

Another factor that can be considered internal is the publication of Royal Decree-Law 15/2018, which suspends the tax on electricity generation and includes an exemption from the Special Tax on Hydrocarbons. This reduction in taxation, especially on thermal power plants that set the marginal price of the market, has made them more competitive against electricity imports and their production increased.

AleaSoft forecasts show an increase in the coming years both in the demand for electricity due to the recovery of the economy, as well as wind and solar energy productions due to the increase in the installed power expected to meet the environmental objectives for 2030 and the decarbonization of electricity generation.