Negative prices reappeared in the German electricity market during the weekend

AleaSoft, December 13, 2018. Last Sunday, negative prices were recorded in the early morning hours in the wholesale electricity market in Germany due to record wind energy production. Meanwhile, in the rest of the European markets, except in France and the Nordic countries, prices remained relatively high. In the Iberian Peninsula, the strong winds arrive this Thursday, although the price decrease was very timid. 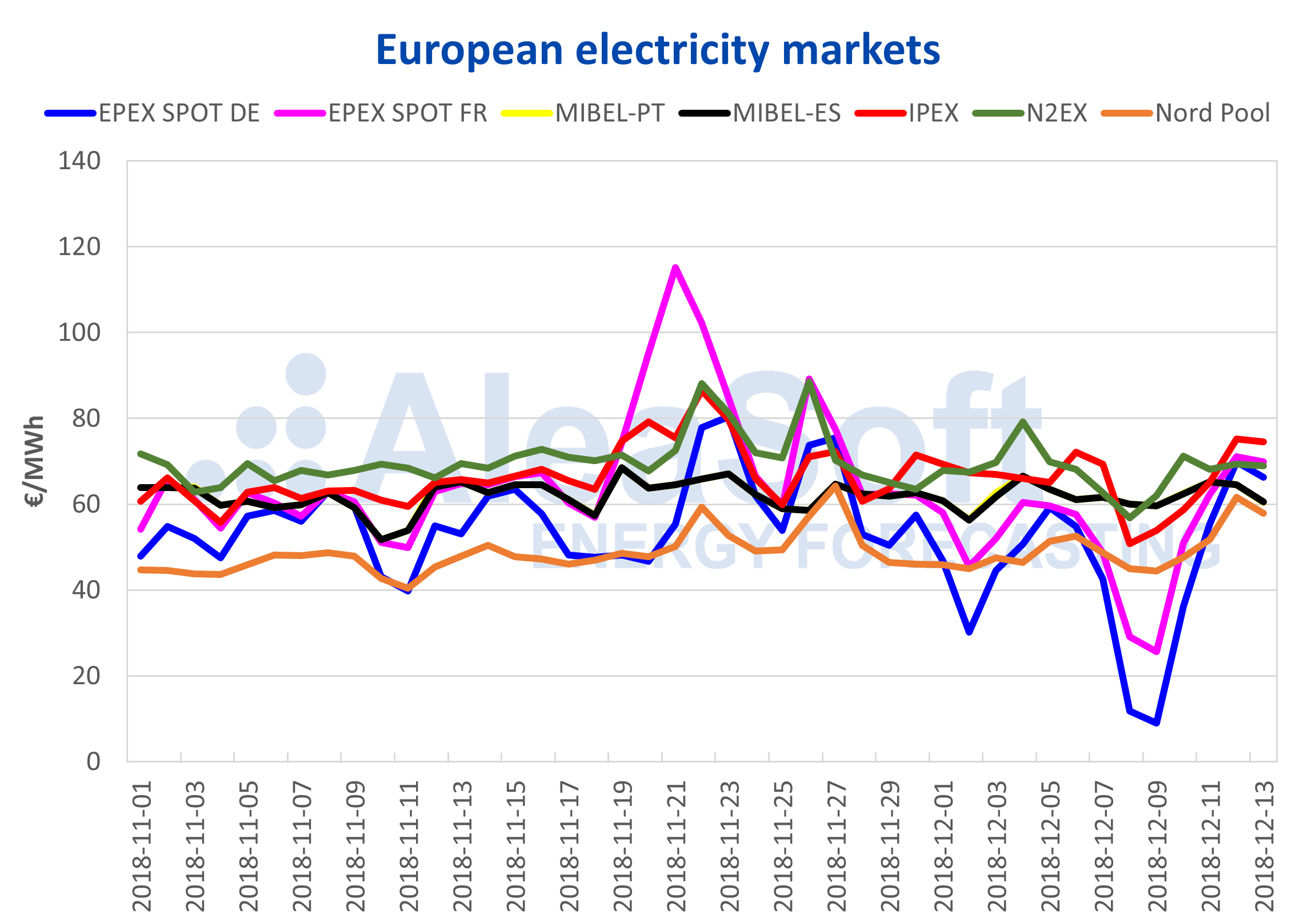 The stabilization of the price of Brent oil seems increasingly firm, and since the end of November the price of the future for February has been maintained above $59 per barrel. The agreements of producing countries to reduce production from January could bring increases in the price for next year. Although a production above the expected demand for the first quarter may start the year with decreases in the price.

After last week’s decline of 3.9% of the price of the European gas TTF future for January, the price is recovering this week due to the forecasts of temperatures below the usual in most of the continent. Although stock is estimated to be more than enough to cover the increase in demand, the arrival of a cold front always puts market agents on alert and is usually reflected in price increases. For its part, the price of the European API2 coal continues its upward trend since the end of November, and rises 1.6% this week, helped also by the gas upturn.

The price of CO2 emission rights has been three weeks fluctuating around 20 €/t. Yesterday, Wednesday 13, the ton of emitted gas was settled above 21 €, specifically 21.47€ in the EEX market. The barrier of 21 €/t was not exceeded since October 8.

Looking ahead, forecasts of the evolution of the price of emission rights are characterised by the uncertainty that accompanies the UK’s withdrawal from the European Union. If the UK finally abandons the European emissions market without an agreement, the price could fall due to an excess of available rights.

This week is characterised by the high wind energy production in the Iberian Peninsula. On Thursday 13, a production of 280 GWh is expected, which led to a slight decrease in the price of the Iberian market for Spain, which stood at 60.55 €/MWh, the lowest price among the main European markets, with the exception of the Nord Pool. Even so, it was a very timid drop taking into account the amount of expected wind energy production, but it must be taken into account that electricity will be exported to France at full capacity of the interconnection for several hours. With respect to last week, AleaSoft’s forecasts point to an increase in wind energy production of 61.6% for this week. 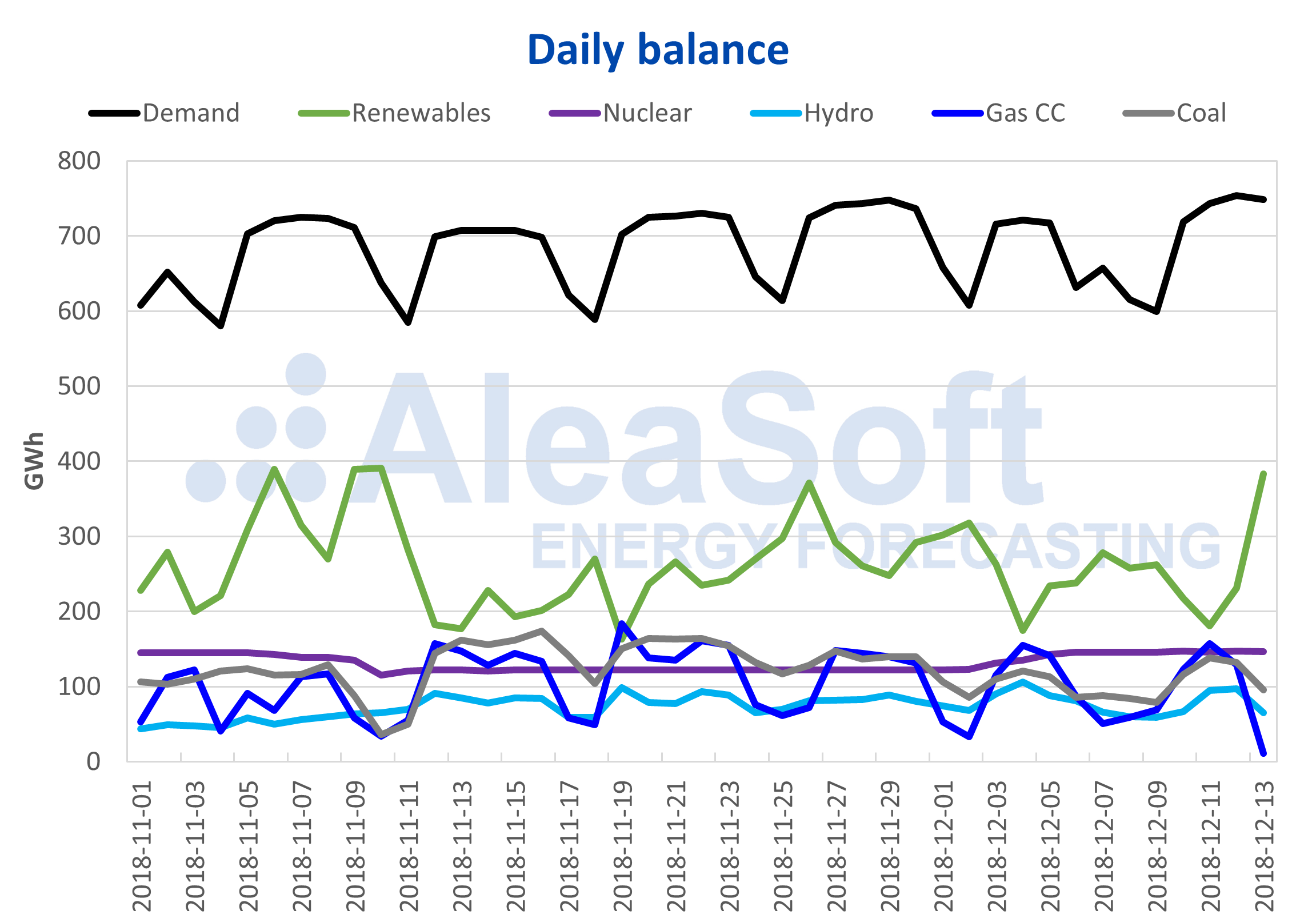