AleaSoft, February 4, 2019. AleaSoft analyses the behaviour of the European electricity markets at the beginning of 2019 and the outlook until the end of the year.

The price of Brent oil futures in the ICE market for April starts the week of February 4 with a slight trend to exceed 63 $/bbl after being three weeks ranging between 60 and 62 $/bbl although in general the trend is stationary. The situation in Venezuela remains a latent factor that is destabilizing the oil market. In AleaSoft, we consider that taking into account the slowdown in the growth of the economy, Brent will continue on the path of 60 $/bbl in the mid-term.

TTF gas futures for March fell below 20 €/MWh in early February for the first time since mid-April last year. The maximum values were reached in September when they were close to 30 €/MWh. At the beginning of this year, these futures were at 22.17 €/MWh confirming a downward trend that can continue.

As we discussed in AleaSoft last week, this downward trend in gas and coal that has continued can influence declines in the prices of European electricity markets in the coming weeks when weather conditions are more favourable and temperatures rise.

At the end of January 2019, the prices of the main European markets rose with respect to January 2018. From more than 20% of the MIBEL market in Spain and Portugal and the N2EX market in Great Britain, up to 75% of EPEX SPOT France. Values around 65% in the cases of EPEX SPOT Germany, EPEX SPOT Belgium and Nord Pool. In the case of the IPEX market in Italy, the year-on-year increase was 38% and the EPEX SPOT in the Netherlands was 50%.

In all cases the electricity demand grew in January 2019 compared to January of the previous year due to the drop in temperatures that in these European countries was between 2 °C and 3 °C.

In the last week, from the end of January to the beginning of February, the prices of the European markets remained high, between 50 and 60 €/MWh, with a slight decrease compared to the average values of January. The drop in prices in Spain and Portugal is mainly due to the high wind energy production. In both cases, prices fell to around 38 €/MWh by February 2.

In AleaSoft it is considered that, taking into account the evolution of fuels, CO2 and temperature forecasts for the coming weeks, prices should fall to a path of around 50 €/MWh. 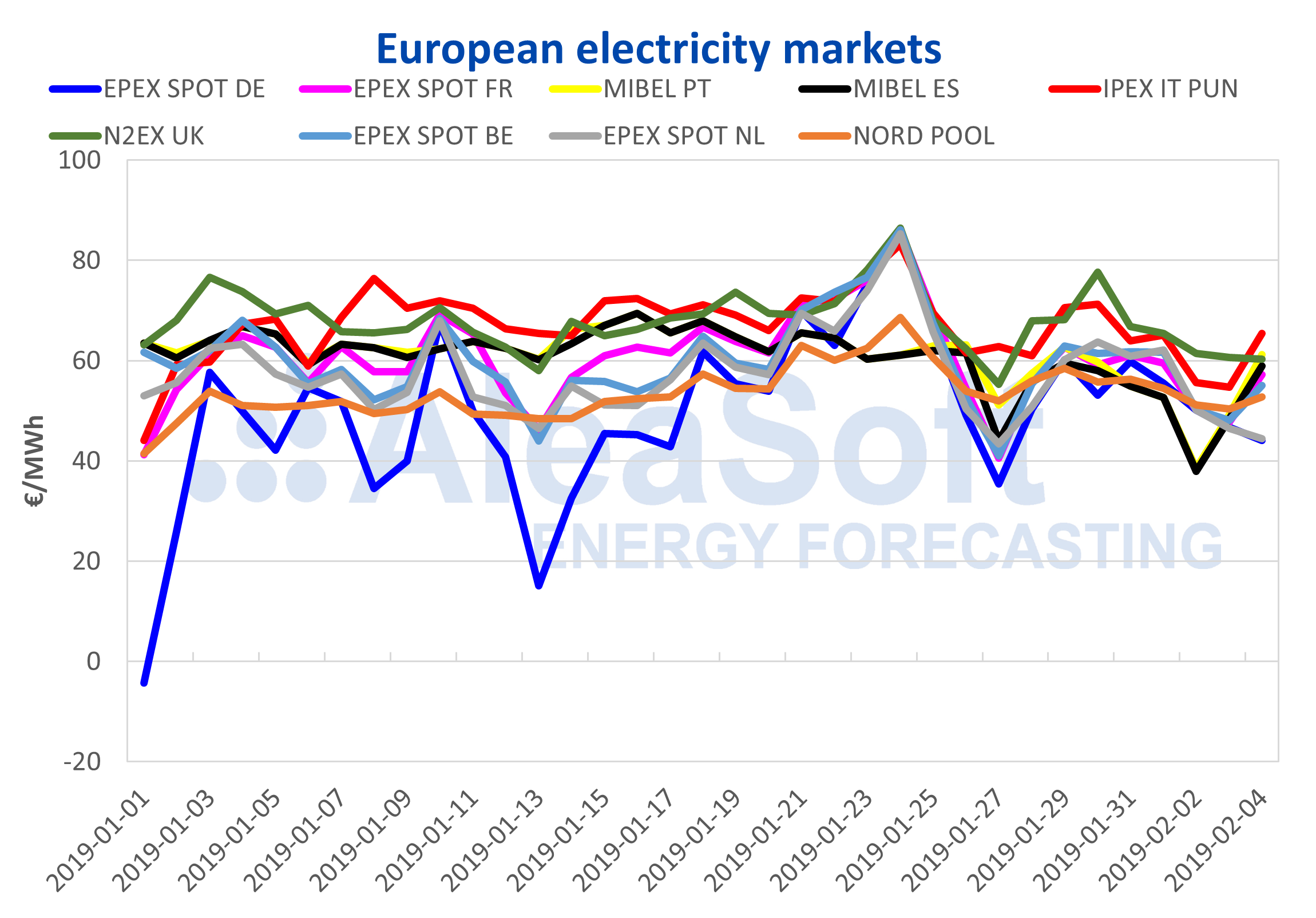 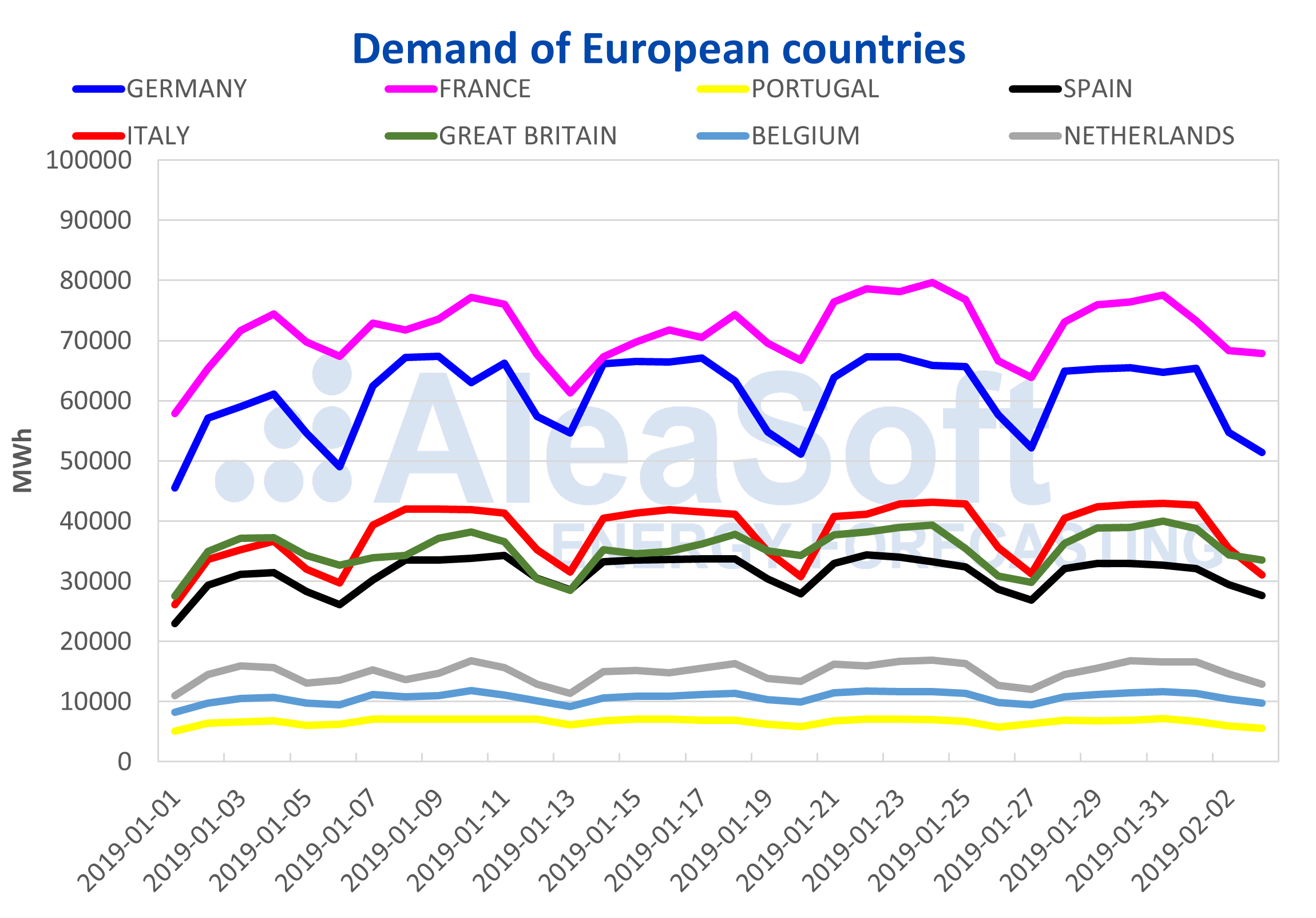 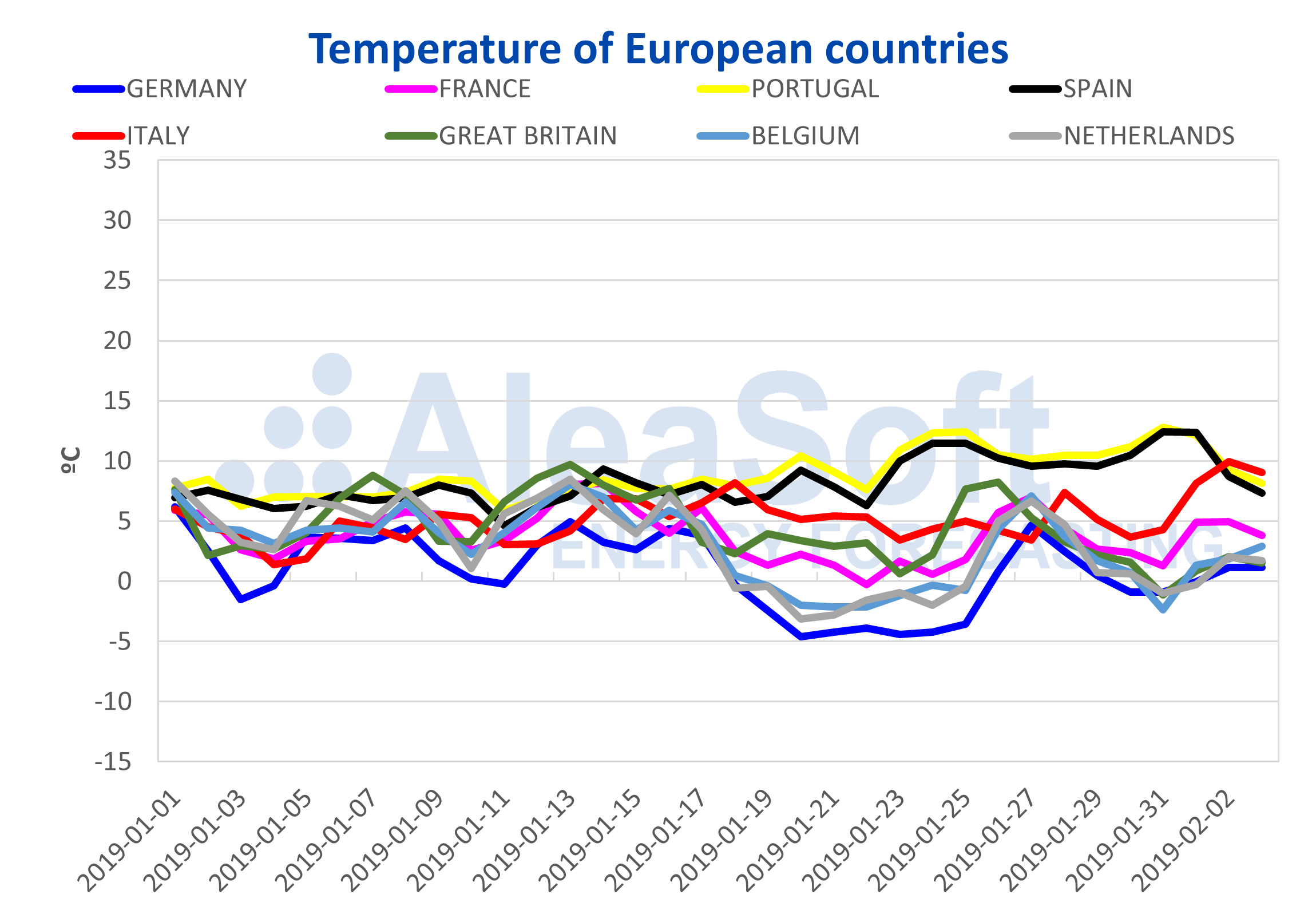 On the other hand, the futures of the Nordic countries in the ICE market for March 2019 did not follow the downward trend of the rest of European markets; since the second half of December 2018 they had been stationary around 54 €/MWh and 55 €/MWh and in the week of January 28, they began to fall to 50.46 €/MWh on February 1.

Outlook for the European electricity markets in 2019

As shown in the following table, the prices of fuels and CO2 emissions have been rising since 2016. 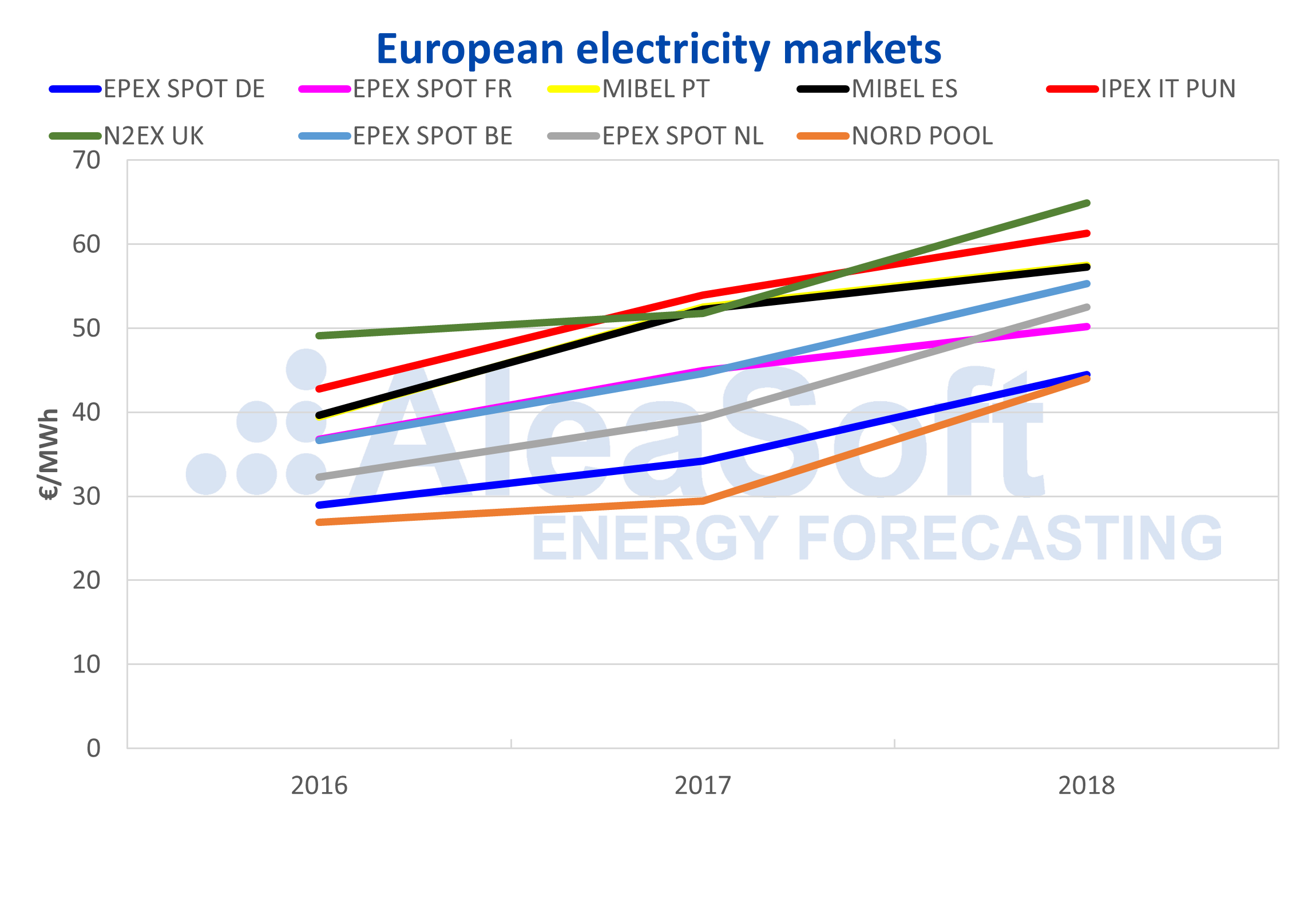 For this year, fuel and CO2 prices are not expected to decrease with respect to 2018. The trend will be the continuation of high European electricity market prices for this 2019.