AleaSoft, October 23, 2018. Having reliable forecasts of long-term electricity market prices is fundamental for investors of a PPA-based project.

AleaSoft was born in October 1999. October 8 this year marks 19 years of the creation of the company. We are dedicated to forecasting in the European electricity markets and we are leaders in this field.

In general, the forecasts cover all horizons: short, medium and long term. From minutes to 40 years ahead.

AleaSoft works for all kind of agents in the energy sector: Utilities, System Operators (TSO), traders, retailers, large consumers, all types of generators in the electricity industries and also with banks and investment funds. 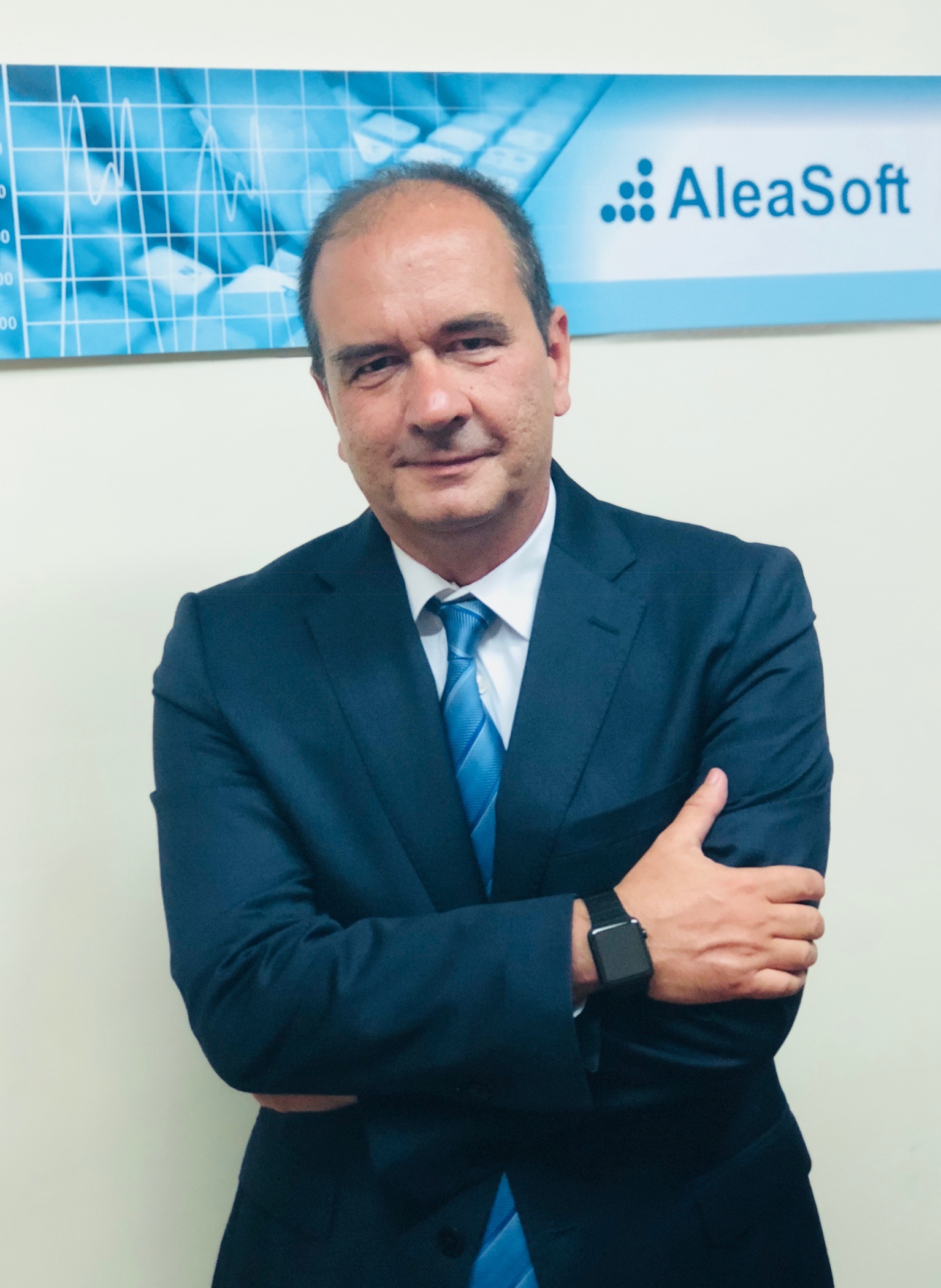 Q. What has happened in the electricity market that the price has risen so much? How does the new royal decree influence the fall of prices?

There has been a clear change after the publication of Royal Decree-law 15/2018, of October 5. An exemption from the Special Tax on Hydrocarbons was approved and the 7% tax on the generation was suspended, in this case, for the next six months.

The main cause of the rise in the price of the electricity market: the increase in the prices of CO2 emission rights. In mid-2017 they were around 5 €/t and they recently reached above 20 €/t, with an increase that reached more than 200%. Fossil fuel prices have not stopped rising this year. Brent oil has broken the barrier of 85 $/bbl, values that were not seen since 2014. This year the prices of coal and gas have risen considerably. The rise in prices until the beginning of October has been widespread throughout Europe due to these external causes.

After the publication of the royal decree the situation changed with a decrease in electricity market prices. At AleaSoft we estimate that these measures will bring down prices between 5% and 6%. The fall in the prices of CO2 emission rights and gas and coal fuels also coincided with the fall of prices in October. The decrease in demand and the increase in wind energy production did also influence.

Q. Can one foresee a rise in the price of CO2 like the one we saw this year? And for the rest of commodities?

The increase in the price of CO2 has two fundamental causes:

Firstly: The fight against climate change pushes for a progressive reduction of emission rights in Europe next year.

Secondly: The rights are bought and sold in a market. The main holders of these rights stopped selling them expecting better prices, the supply decreased and it provoked a spiral of rising prices in the rights market. In recent days, the price has fallen due to rumours of UK exit from the European agreement on CO2 emission rights.

The rise in electricity prices in Europe can lead to a slowdown in the economy and a crisis. It is currently being studied whether the measure to reduce excess rights after 2019 can be counterproductive since in general it is distorting the markets.

The prices of fossil fuels have risen due to a context of global growth of the economy in recent years. This global growth can be slowed down, bringing a cycle of contraction and the markets adjusting due to the decline in demand.

Q. What forecast do you have for the remaining of the year in the pool and for the year 2019?

In the shorter term, the last quarter of this year, and the first quarter of 2019, from the point of view of the Iberian market, it will depend on the weather conditions during the winter, that is, demand, hydroelectric production and wind energy production. The moderation in the price of CO2 emission rights and fuels, together with the effect of the royal decree have led to the decline of futures.

Looking at 2019, at the moment everything suggests that it will be at the same level as 2018, so there are chances that it will end up being the second or third most expensive year in history. This will depend on the price of fuels and CO2 from the external point of view. From the internal point of view, it will depend on demand, meteorology and the possible reduction of taxes, for example, the definitive elimination of the 7% tax on generation.

Q. This year the Pandora’s box with the PPAs in Spain has been opened. How are prices foreseen at so long term?

Something curious has happened, the prices of photovoltaic installations have broken the market barrier and they no longer need subsidies to compete.

In general, all companies that produce or consume electricity must have a vision of the future price in all horizons and for that, forecasts are essential.

For promoters and investors having reliable forecasts of long-term electricity market prices is one of the most important aspects for a project based on PPA. The counterpart, the large consumers, will opt mainly for those PPA projects that have prices in line with their long-term market vision. For a large consumer, a PPA has two advantages: it guarantees a long-term price, decreasing the risk of increases, and also helps to preserve a clean planet by providing an image to its customers of using energy produced from renewable sources. Examples of this type of large consumers are Apple, Facebook and Google.

This situation of need to have a vision of long-term prices is an opportunity for AleaSoft because being leaders in the field of price forecasting of electrical markets in Europe, a large number of companies are calling us to contract our services and obtain these reliable price forecasts up to 40 years ahead.

For 19 years we have been working with the most important companies in Europe in the energy sector and this has given us a lot of experience. In all this time we have been using our own scientific methodology that combines aspects of Classical Statistics, Box Jenkins Time Series Methodology and Artificial Intelligence specifically Machine Learning with a new type of recurrent neural networks. Having forecasts based on scientific methods and not on “assumptions” is fundamental to have the confidence of our customers.

Q. What would happen in the pool if nuclear and coal thermal plants were shutdown in Spain?

This is a process that is beginning, it will be slow, but at the end it will close all generation with coal and then, nuclear generation to a great extent. The gradual introduction of generation from renewable sources, mainly photovoltaic, will cause the market to have no major effects and it will self-regulate depending on the balance between supply and demand. For example, wind energy power gradually replaced part of the production with coal and gas and the change it caused was assimilated by the market.

Q. And with the entrance of renewable energy sources? How much new capacity would be necessary for consumers to notice a significant drop in the price of electricity?

Since 2005, the average price of the electricity market has been in a stationary band between 40 and 50 €/MWh. It is a balance between supply and demand. If the price rises, the demand is affected to the downside, and if the price falls, the demand is encouraged upwards maintaining self-regulation and balance. This adjustment of the electricity demand to the market price, that is, the elasticity, is not something that can be seen in the short term nor especially in the domestic sector. But in the industrial sector, if prices remain high for a prolonged period of time, large consumers can consider the closure of production plants. Large consumers of electricity will raise future investments in those countries where lower prices are feasible.

The entrance of renewable energies capacity must first replace the production with coal and then the nuclear production, so the market price will not have much impact in this stage of transition.

Q. Do you think that the marginal market system is obsolete? What would you propose to reform it?

The electricity market is 20 years old. It has worked properly during all this time. We have had periods of high prices and low prices due to external causes or internal causes. The first aspect in importance for a market is stability. Markets need stability to guarantee legal security and long-term investments. The Iberian market is integrated into European markets with similar rules.

Gas production will be present for many years as wind energy production depends on weather conditions and solar energy is only produced during sunny hours. While we have production with gas we will have a marginal market although it may be a market with a smaller volume, for those agents that prefer it.

The important thing is that a producer or a consumer can buy electricity at will in the futures markets or in the spot market, always with the legal certainty that the regulatory part will not affect the rules established for the market.

More than reforming the market it would be better to reduce taxes, for example, eliminating the 7% tax on generation permanently. The other recommendation would be to improve international interconnections to give prices stability. In the hypothetical case that the interconnections in Europe were large enough we would be talking about a single spot price for the whole continent.

Q. Are there other market formulas that could work?

The current ideas of changes in the electricity market come from a recent external fact. The price of fuels and CO2 emission rights has risen and with it the prices of the electricity market, although this is a common fact for all European markets. Many people think that there should be a market that offers a low price for electricity from hydroelectric production, nuclear and renewable sources, which are those that do not use fossil fuels. The only thing that this idea would bring would be the closing of facilities and the lack of investments in these technologies with the consequent chaos. The market we have is self-regulating in its cycles of supply and demand. The current market has been self-regulating for 20 years and serves as the basis for investments over the next 40 years. The mention of regulatory changes jeopardizes the stability in the planning of investments.

The future trend, as mentioned above, is the improvement of international interconnections to go to a unified European price and the lowering of taxes that only affect the competitiveness of generators and consumers.

To keep the investments in an efficient and stable generation, we must take into account that, in any modification scenario to improve the current market, although the price of the fuel is zero in renewable sources and low in nuclear, a price is needed that allow to recover the fixed costs, not only the amortization of the investment.

Q. How important will Big Data and Artificial Intelligence be in the future of the energy sector?

Big Data and Artificial Intelligence are a set of tools whose ultimate goal is to obtain knowledge in the presence of a large amount of data, that is, to transform information into knowledge.

The European electricity sector generates an almost infinite amount of information each year. With the use of Big Data and Artificial Intelligence for example, one could, in order of priority, improve the efficiency of the sector and address the most important challenge, the reduction of emissions that degrade the atmosphere, in order to reverse climate change.

The importance of these techniques will be increasingly greater in the search for a new energy model with smart homes and cities that have sustainable transportation systems.

As I explained at the beginning of the interview, in AleaSoft we have been precursors of this fourth industrial revolution with the use of these techniques since 1999 applying them in the main companies of the energy sector with the goal of making future forecasts in all temporal horizons.