AleaSoft, October 25, 2018. The mass of Arctic air that will soon enter the Iberian Peninsula will bring a drop in temperatures and an increase in electricity demand and wind energy production. According to AleaSoft forecasts, the effect on the spot market of electricity will be a drop in the prices for the weekend and next week.

Such a deep drop in temperatures will inevitably lead to an increase in the demand for electricity. AleaSoft forecasts that next week’s demand, from October 29 to November 4, will grow 6.0% with respect to the current week, once the effect of the November 1 festivity has been corrected.

Average variation of the minimum temperature in the Iberian Peninsula and Balearic Islands for Saturday, October 27. 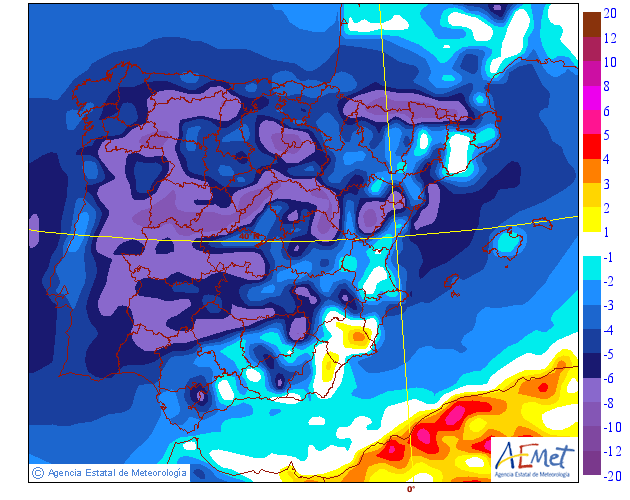 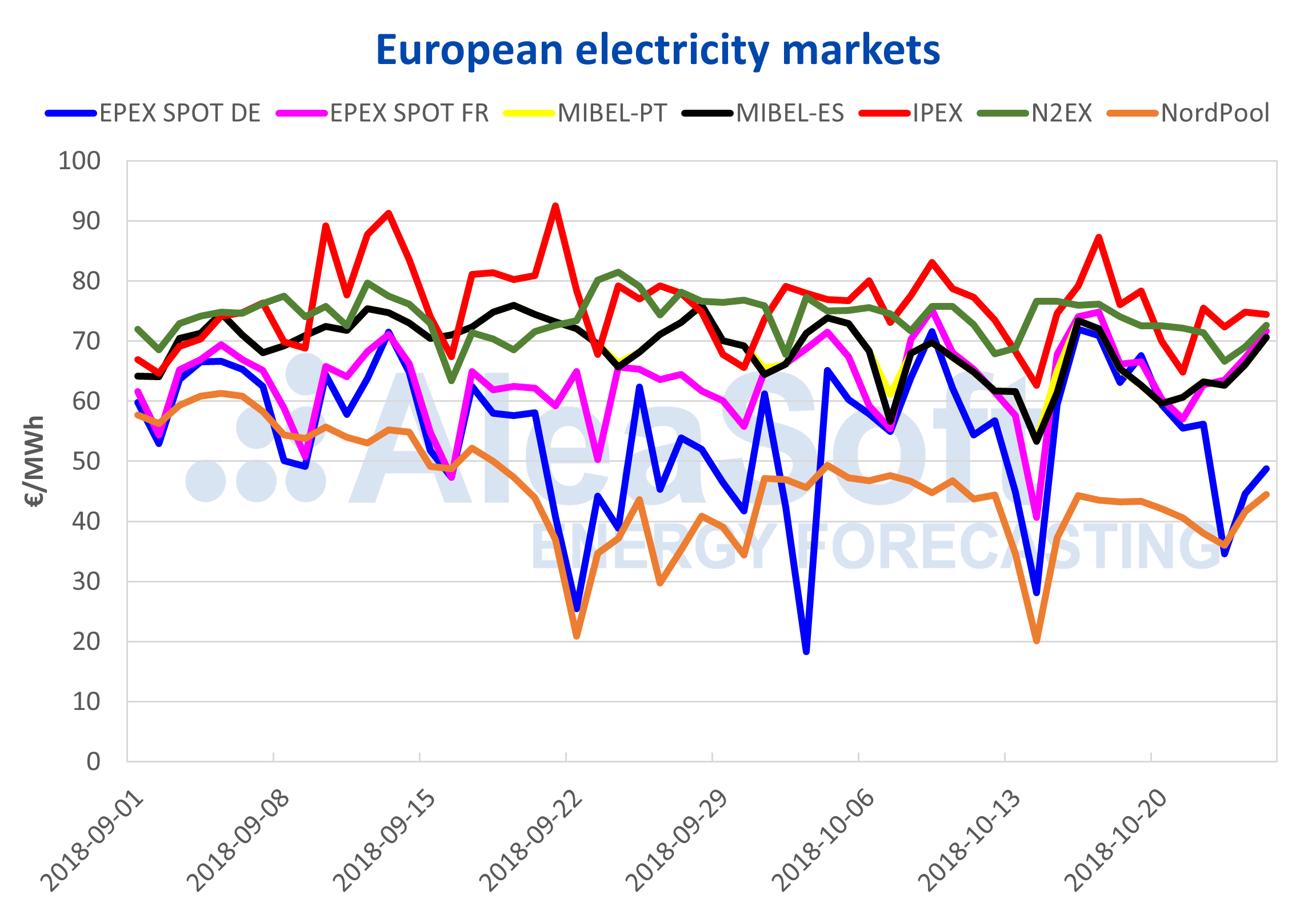 The futures of carbon emission rights are stable this week of October 22, just under 20 € per ton. The price of a barrel of Brent oil continues a soft downward trend. The price of futures for December fell again from $80 per barrel on October 18, and so far this week has fallen by 3.7% compared to last week.

The prices of fossil fuels for electricity generation have had a mixed behaviour this week, although the general trend continues to be downward. Gas futures in Europe have fallen this week by 2.5% compared to last week, while API 2 coal futures had a very important rebound last Friday, October 19, and again exceeded $100 per ton, and in this week they have gone up 2.0% with respect to the previous week. 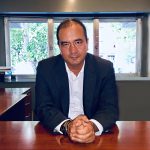 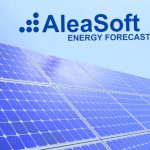