AleaSoft Energy Forecasting, October 3, 2022. In the third quarter of 2022, the solar energy production increased in all analysed European markets compared to the same quarter of 2021. The largest increase, of 42%, was reached in the markets of France and Portugal. The increase in installed photovoltaic capacity in this period reached 28% in Spain and 46% in Portugal. In the case of the wind energy production, the highest year‑on‑year increase, of 15%, was registered in the Spanish market.

But, in the comparison with the second quarter of 2022, increases were only registered in the French and Portuguese markets, of 6.2% and 4.9% respectively. In the rest of analysed markets, the solar energy production fell between 1.5% of the Spanish market and 6.5% of the German market. During the third quarter of 2022, the solar photovoltaic capacity in Mainland Spain increased by 790 MW, 4.8%, to 17 306 MW, while the solar thermoelectric capacity remained unchanged. In the case of Portugal, the solar capacity increased by 109 MW, 7.1%, to a total of 1655 MW.

On the other hand, in the month of July 2022, historical maximums of solar energy production were reached in all analysed markets. The highest production was registered in the German market, where a record figure of 7896 GWh was reached. 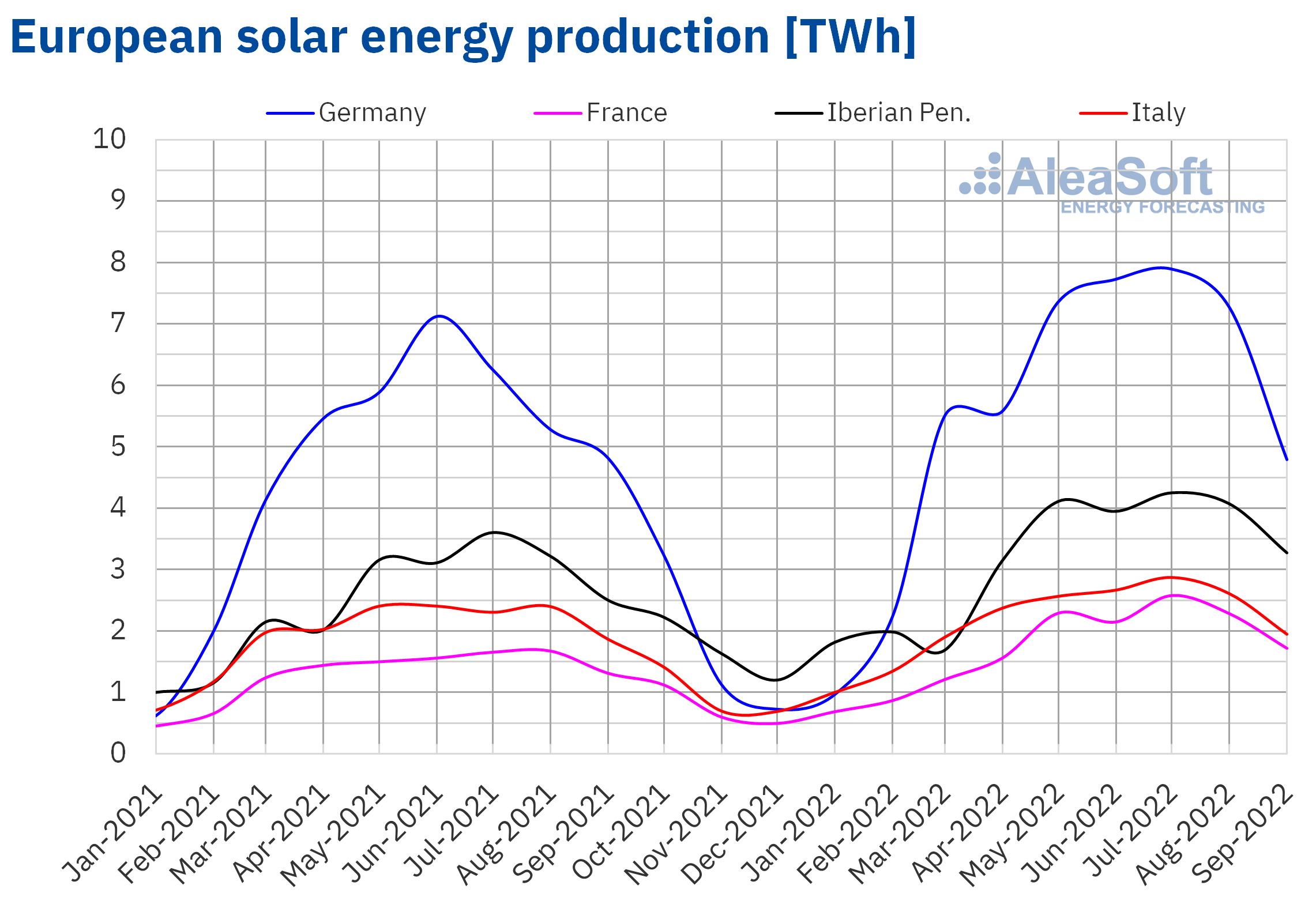 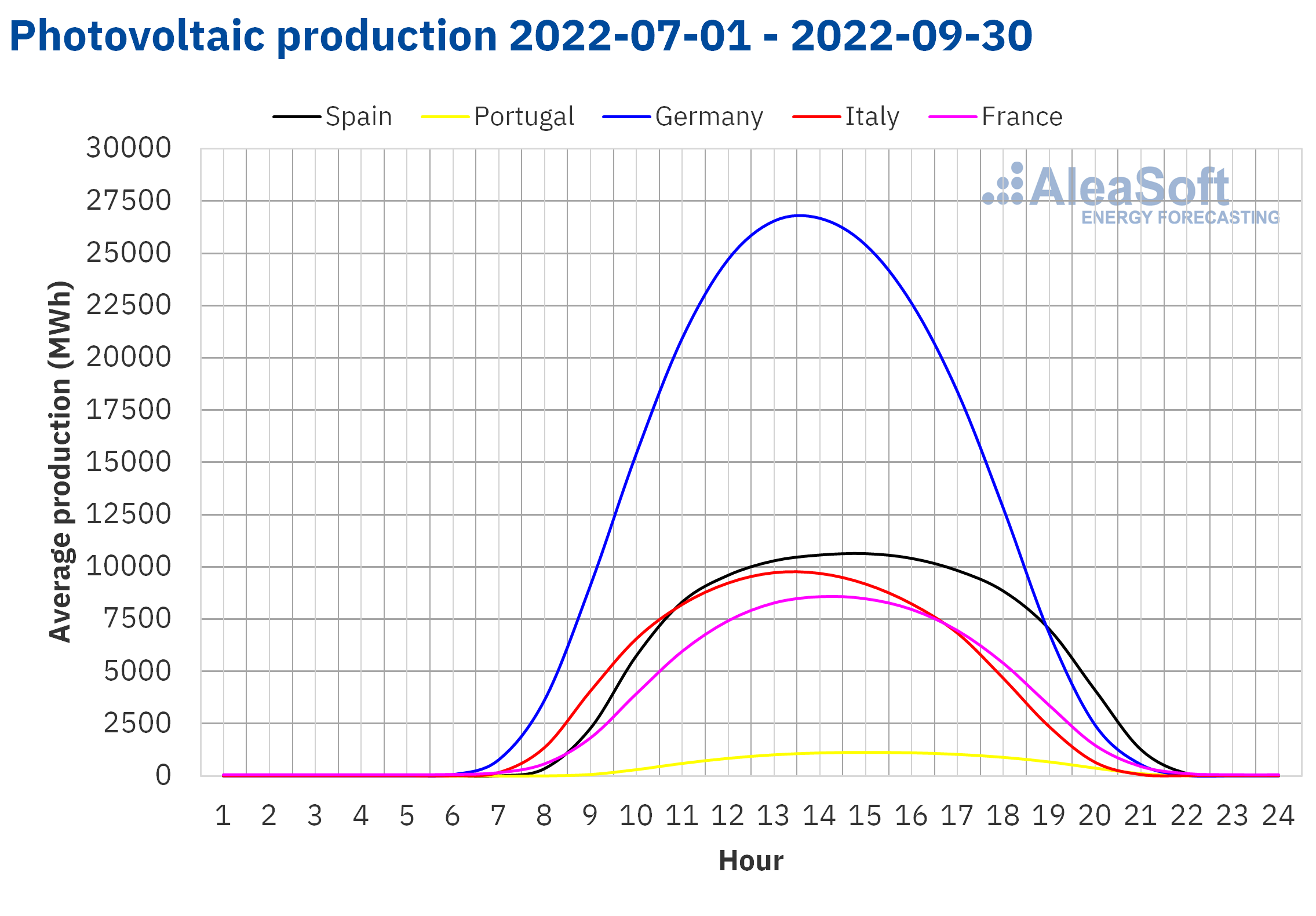 If the wind energy production of the third quarter of this year is compared with that of the previous quarter, it decreased in all analysed markets, following the seasonal evolution of the wind resource. The largest decrease was registered in the German market and it was 22%, while the smallest was that of the Spanish market, of 12%.

On the other hand, with respect to the installed capacity at the end of the third quarter of 2021, increases were registered in both Spain and Portugal. In Spain the increase was 5.1%, while in Portugal it was 2.8%. 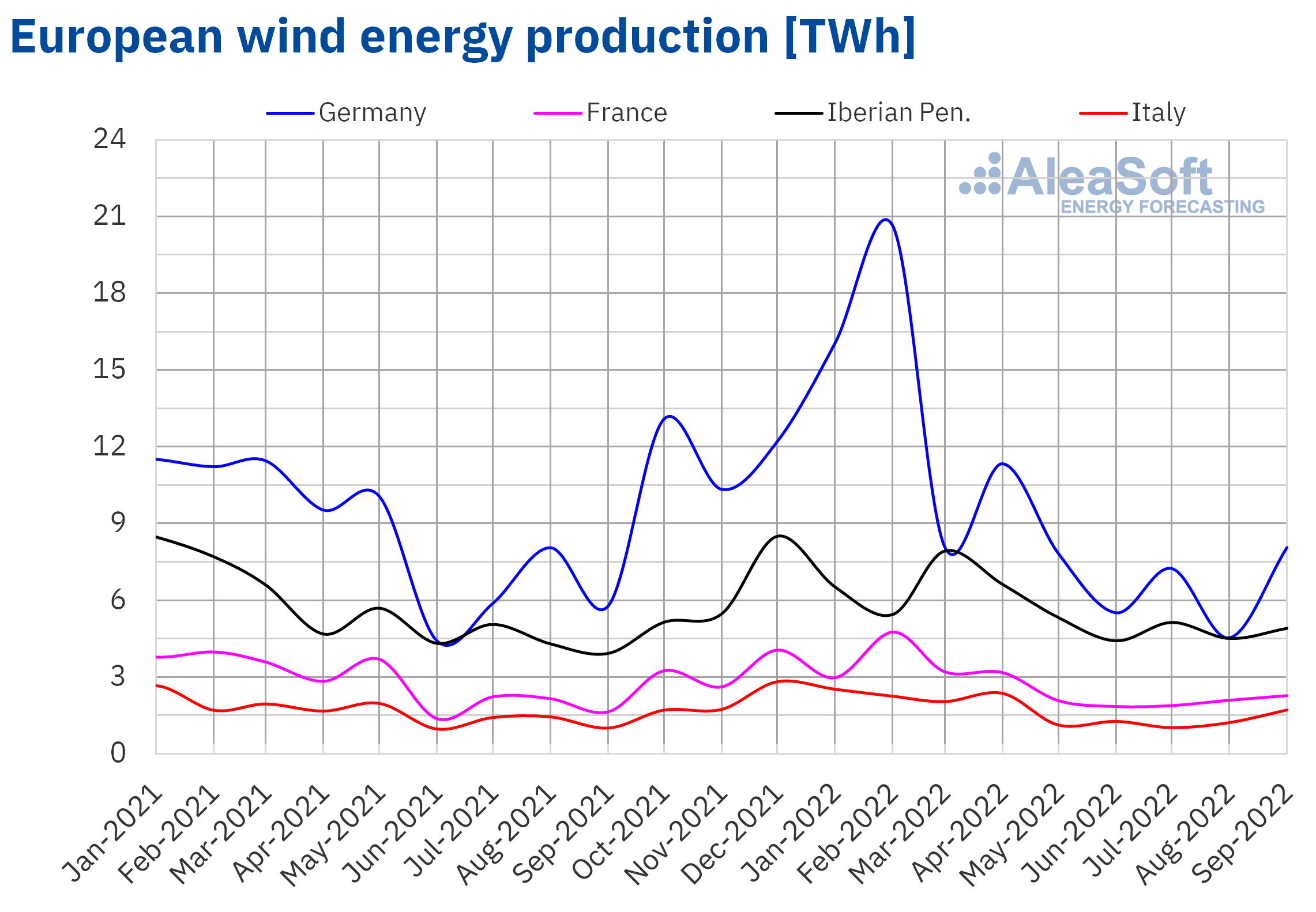 At the beginning of the fourth quarter of 2022, at AleaSoft Energy Forecasting and AleaGreen, the long‑term price curve forecasting reports for all European electricity markets will be updated. One of the distinctive features of these reports is the hourly forecasting for the entire forecast horizon, which spans up to 30 years, something that is essential for portfolio valuation and audits. A personalised special promotion of these reports is currently being offered for some European markets.