During the fourth week of October, solar energy production increased compared to the previous week in all European markets analysed at AleaSoft Energy Forecasting. The largest increases were in the Spanish and Portuguese markets, 21% and 19% respectively. In the remaining markets, increases ranged from 1.2% in the French market to 6.9% in the Italian market.

Comparing the solar energy production of the first thirty days of October with that of the same days in 2021, it also increased in all analysed markets. The largest increase was in the Italian market, 16%, followed by the Portuguese market, 15%. In the German and French markets, solar energy production increased by 11%, while the smallest increase, of 3.6%, was in the Spanish market. 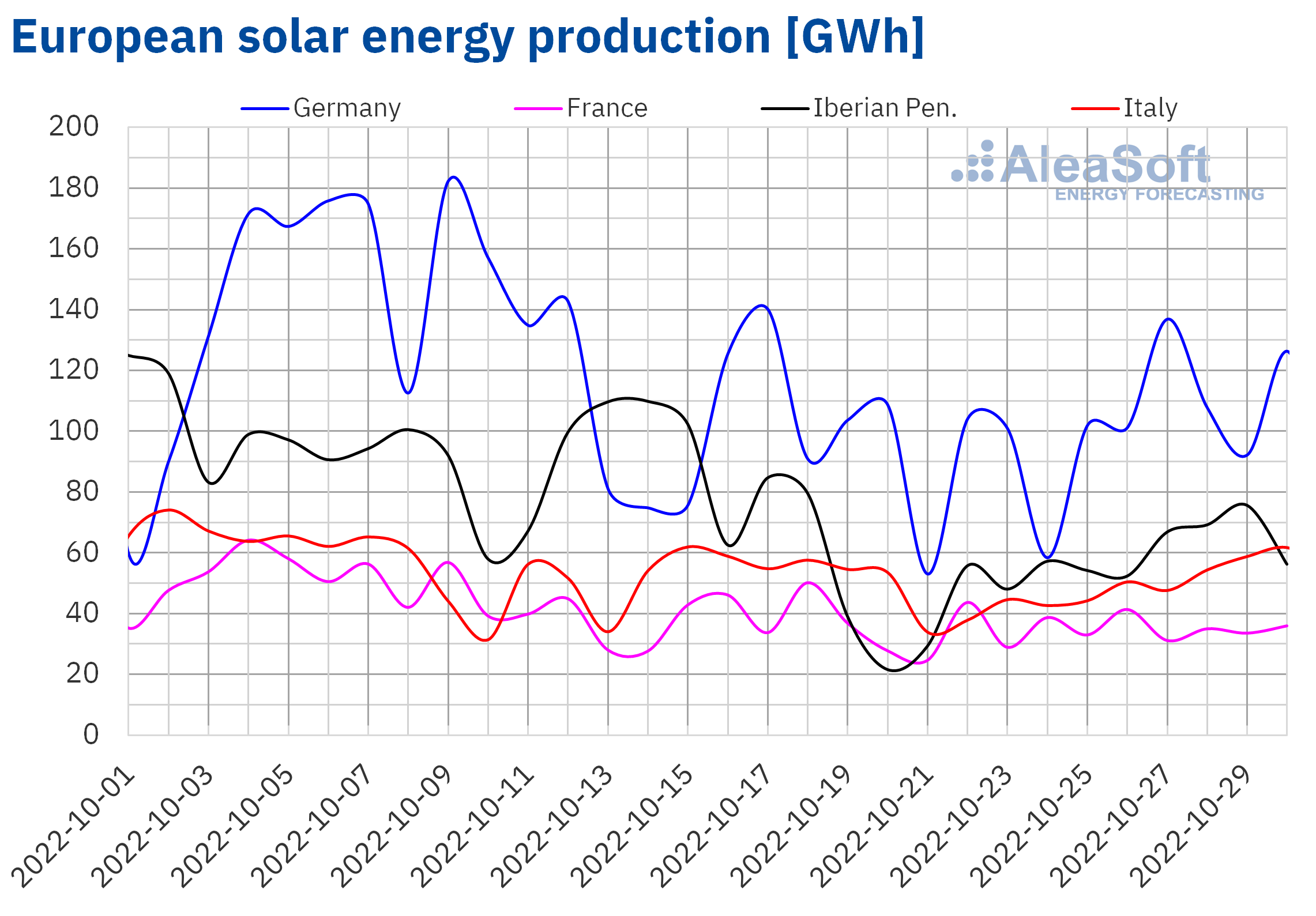 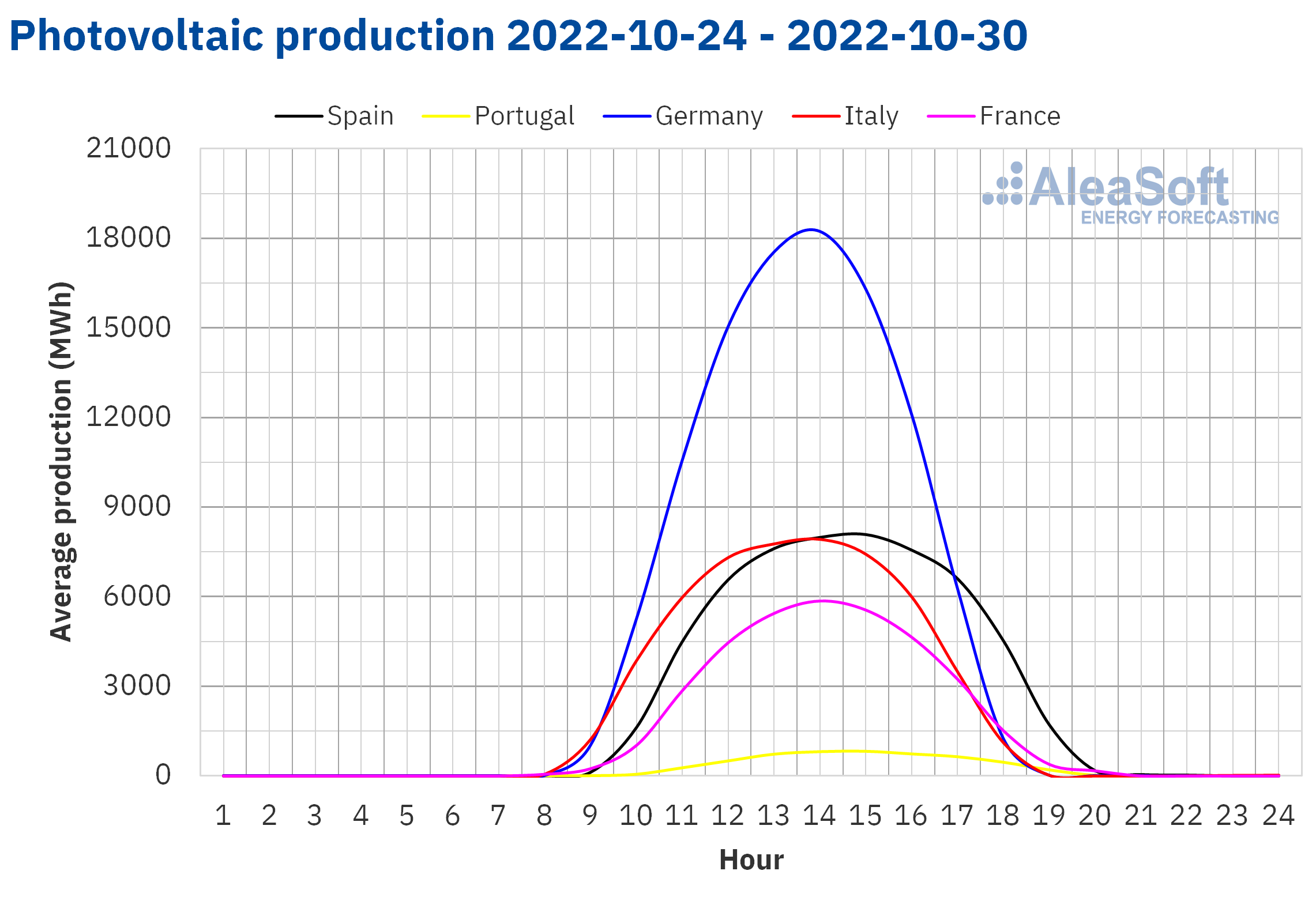 During the week of October 24, the behaviour of wind energy production compared to the previous week varied from market to market. In the German market, it increased by 18%, while the increase in the French market was limited to 0.6%. On the other hand, in the Italian, Spanish and Portuguese markets, production with this technology fell by 14%, 20% and 22% respectively.

Comparing wind energy production in the first 30 days of October with the same period last year, the German and Italian markets registered decreases of 14% and 38% respectively. In all other markets, wind energy production increased. The largest increase, of 35%, was in the Portuguese market. In the Spanish market the increase was 23%, while in the French market it was 7.4%.

For the week of October 31, AleaSoft Energy Forecasting‘s wind energy forecasting indicates a decrease on the Iberian Peninsula. In contrast, significant increases in wind energy production are expected in the rest of the markets. 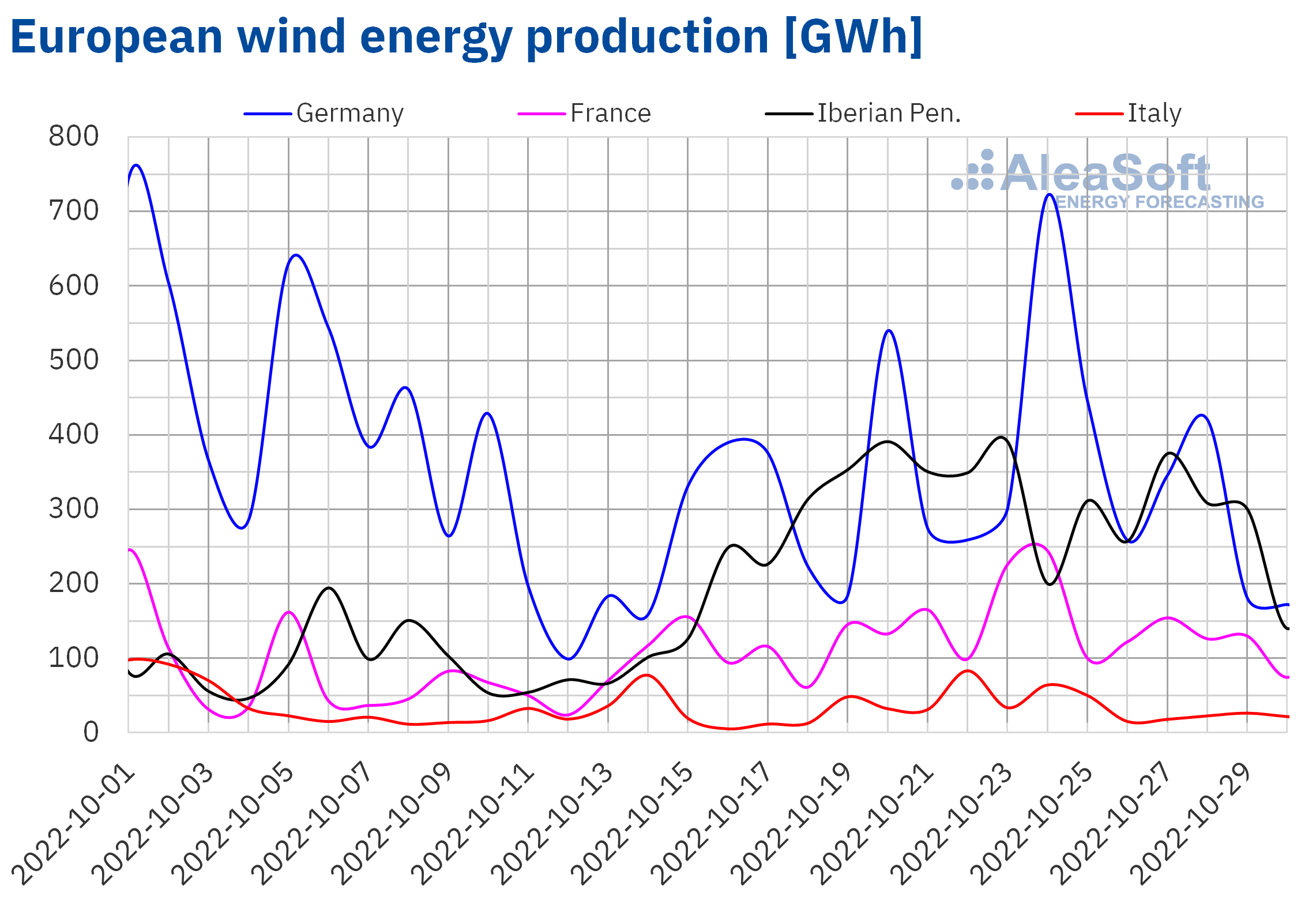 Hybrid systems that combine different renewable technologies, such as wind and photovoltaic energy, and energy storage, such as batteries and green hydrogen, can compensate for the variability of renewable energy production and will be a key element in the energy transition to an emission‑free system. AleaSoft Energy Forecasting reports for hybrid systems enable the development of operational strategies to maximise revenue from hybrid systems. For this purpose, simulations of hourly market prices are taken into account as well as the plant’s own characteristics in terms of renewable power and storage capacity.