During the first week of October, solar energy production increased by 46% in Germany, 26% in France and 12% in Italy over the week of September 26. In contrast, on the Iberian Peninsula it fell, with 14% and 20% decreases in the Portuguese and Spanish markets, respectively. 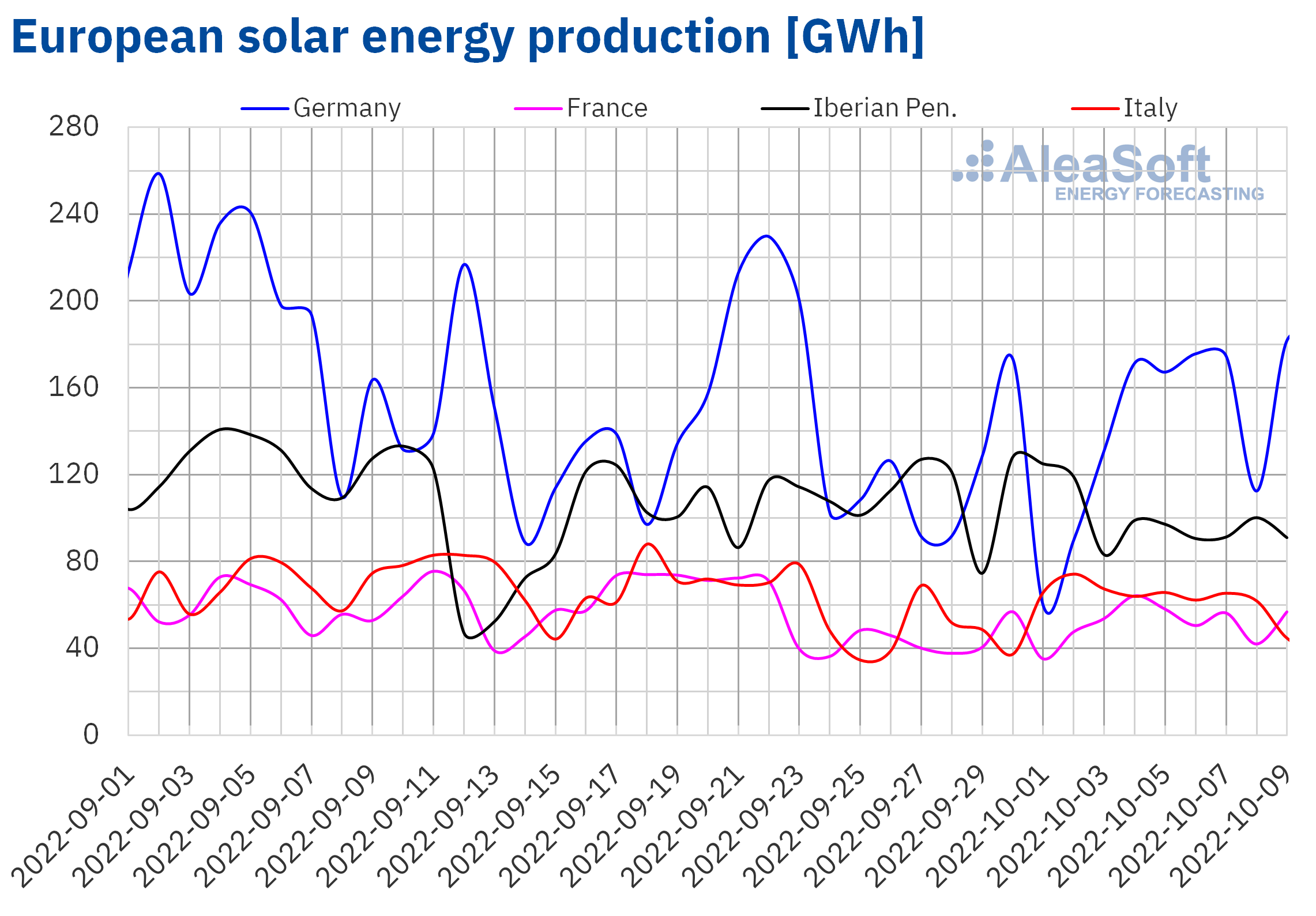 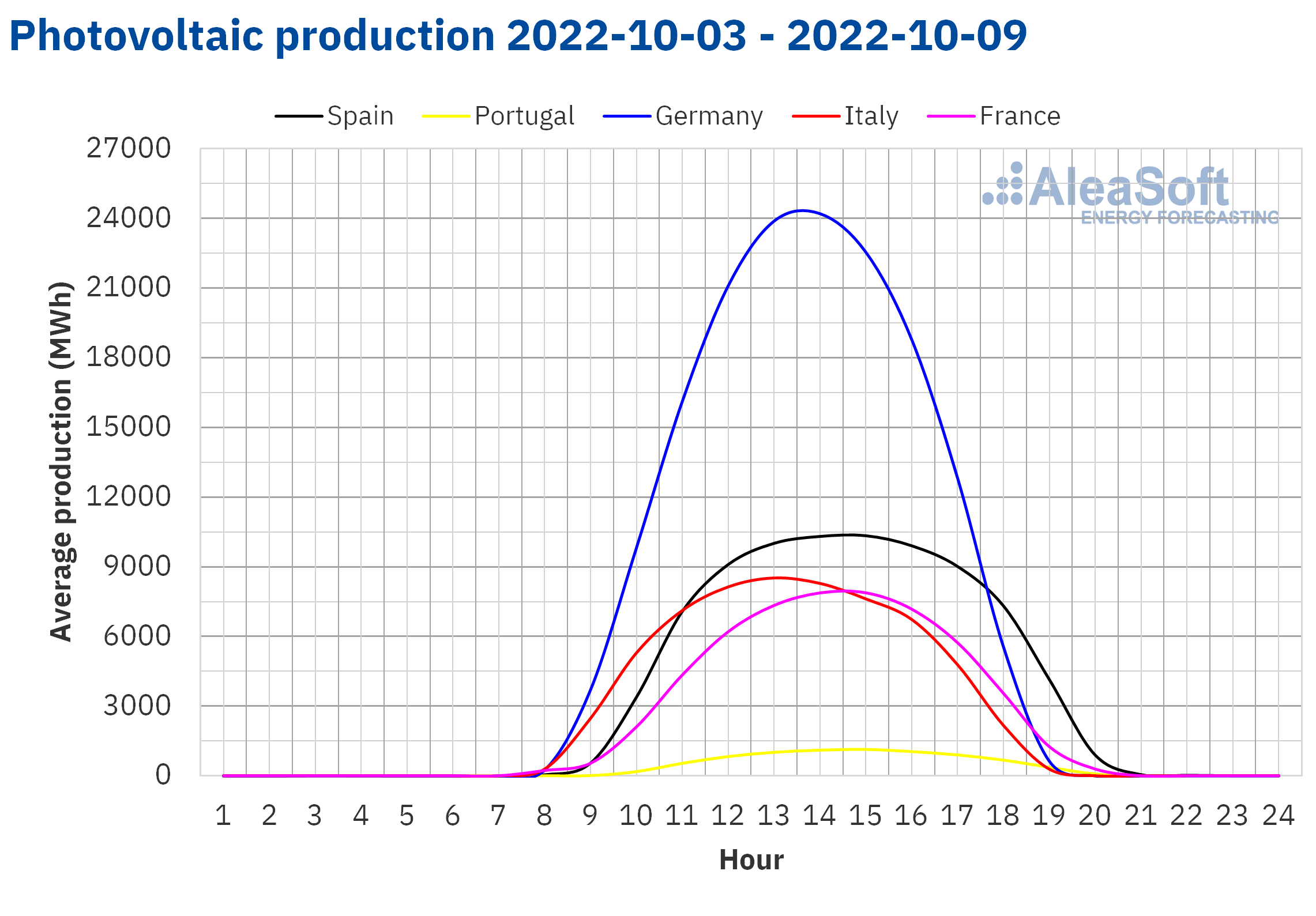 During the week of October 3, wind energy production decreased in almost all European markets analysed at AleaSoft Energy Forecasting. The German market was the exception, where there was an increase of 12%. On the other hand, the Italian market registered the largest drop, 72%, followed by the Portuguese market with a drop of 70%. In the Spanish and French markets, the declines were 46% and 53%, respectively.

For the week of October 10, Aleasoft Energy Forecasting’s wind energy production forecasts indicate a production recovery in Germany, France and Portugal, while the production with this technology could decrease in Spain and Italy. 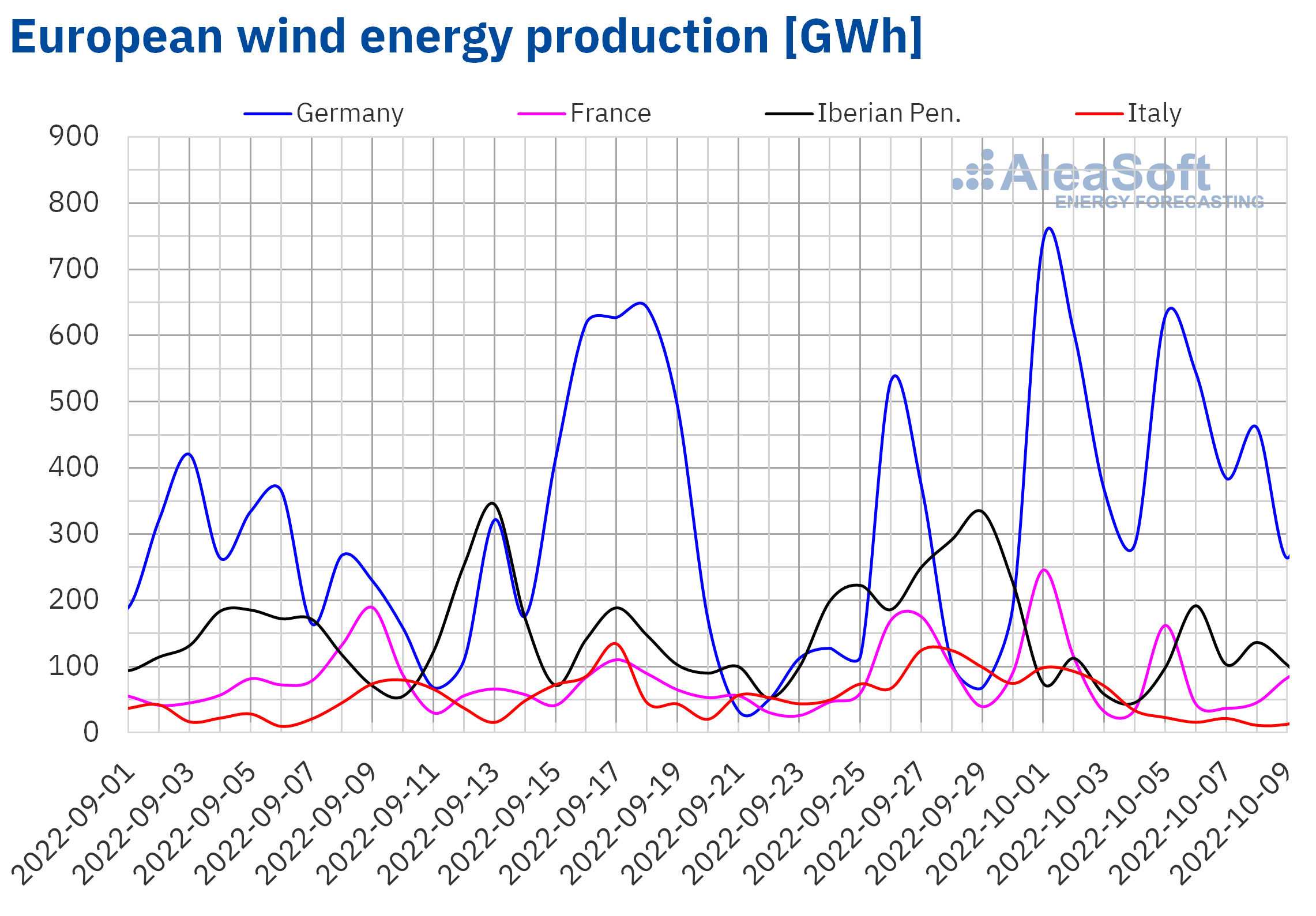 The third webinar that AleaSoft Energy Forecasting and AleaGreen are organising with speakers from Deloitte will be held on October 20. The webinar will analyse the evolution of the European energy markets in recent weeks, the financing of renewable energy projects and the importance of long‑term hourly prices forecasting audits and portfolio valuation. The speakers will be Oriol Saltó i Bauzà, Associate Partner at AleaGreen and Álvaro Antón Azcoiti, Director, Financial Advisory from Deloitte; Ricardo Benito Pascual, Director, Financial Advisory and Luis Garcia Tasich, Manager of Global IFRS and Offerings Services (GIOS). Antonio Delgado Rigal, founder and CEO of AleaSoft Energy Forecasting and Joseba Estomba Lecuona, Partner at Deloitte will also participate in the subsequent analysis table. The webinar has limited capacity and priority will be given to companies that collaborate with Deloitte and AleaSoft Energy Forecasting.