AleaSoft Energy Forecasting, November 7, 2022. In the month of October, the solar energy production increased compared to the same month of 2021 in all analysed European markets. The largest increase, of 19%, was registered in the Italian market, followed by the 16% rise of the Portuguese market. Portugal also registered the highest year‑on‑year increase in wind energy production, of 27%. In addition, in October, the production with this technology was the highest in recent months in most markets.

During the month of October, the solar energy production decreased compared to the previous month in all European markets analysed at AleaSoft Energy Forecasting, as radiation decreases in autumn. The largest drop was that of the Spanish market, of 33%. In the rest of the markets the decreases were between 17% of the Italian market and 29% of the French market. 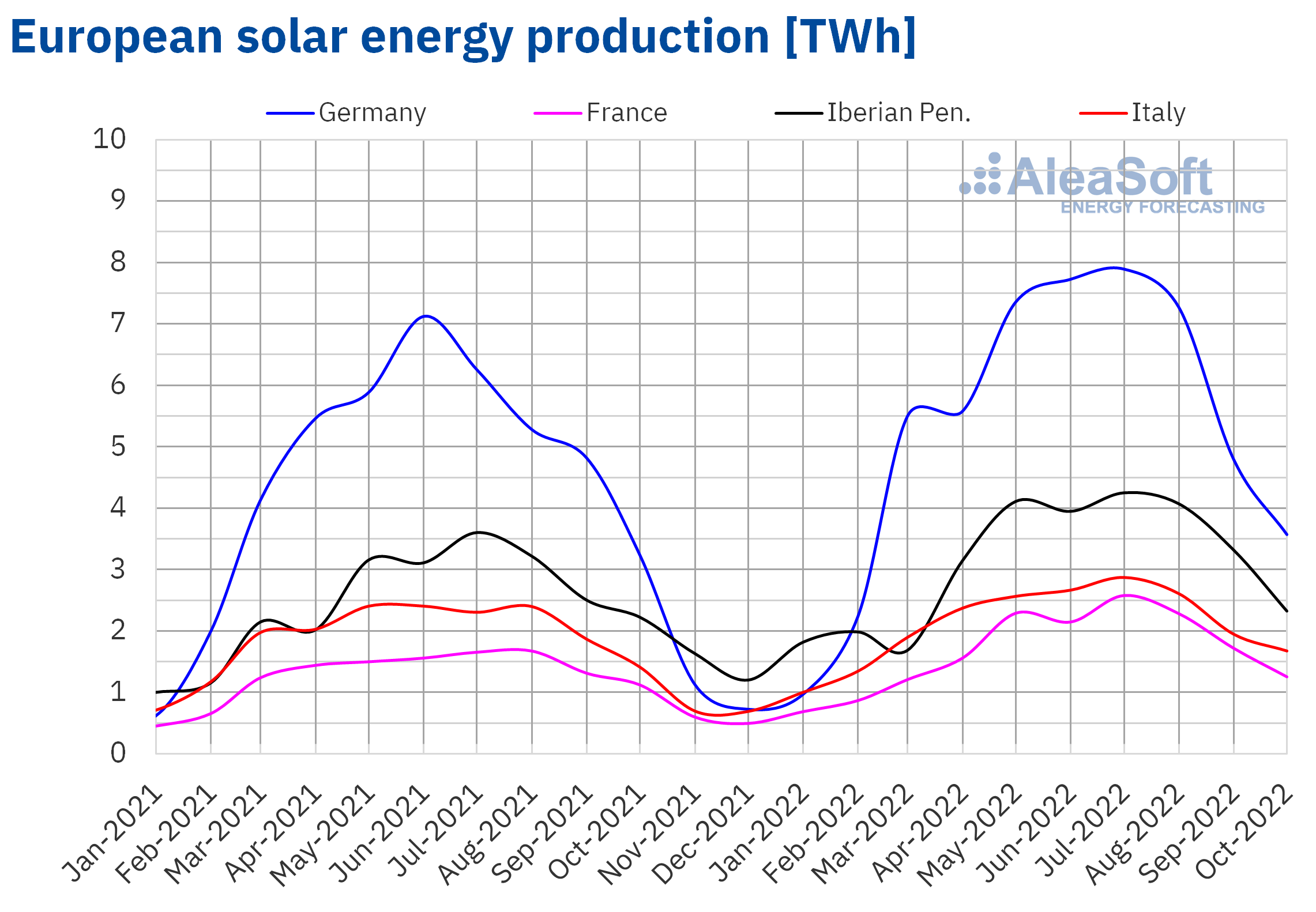 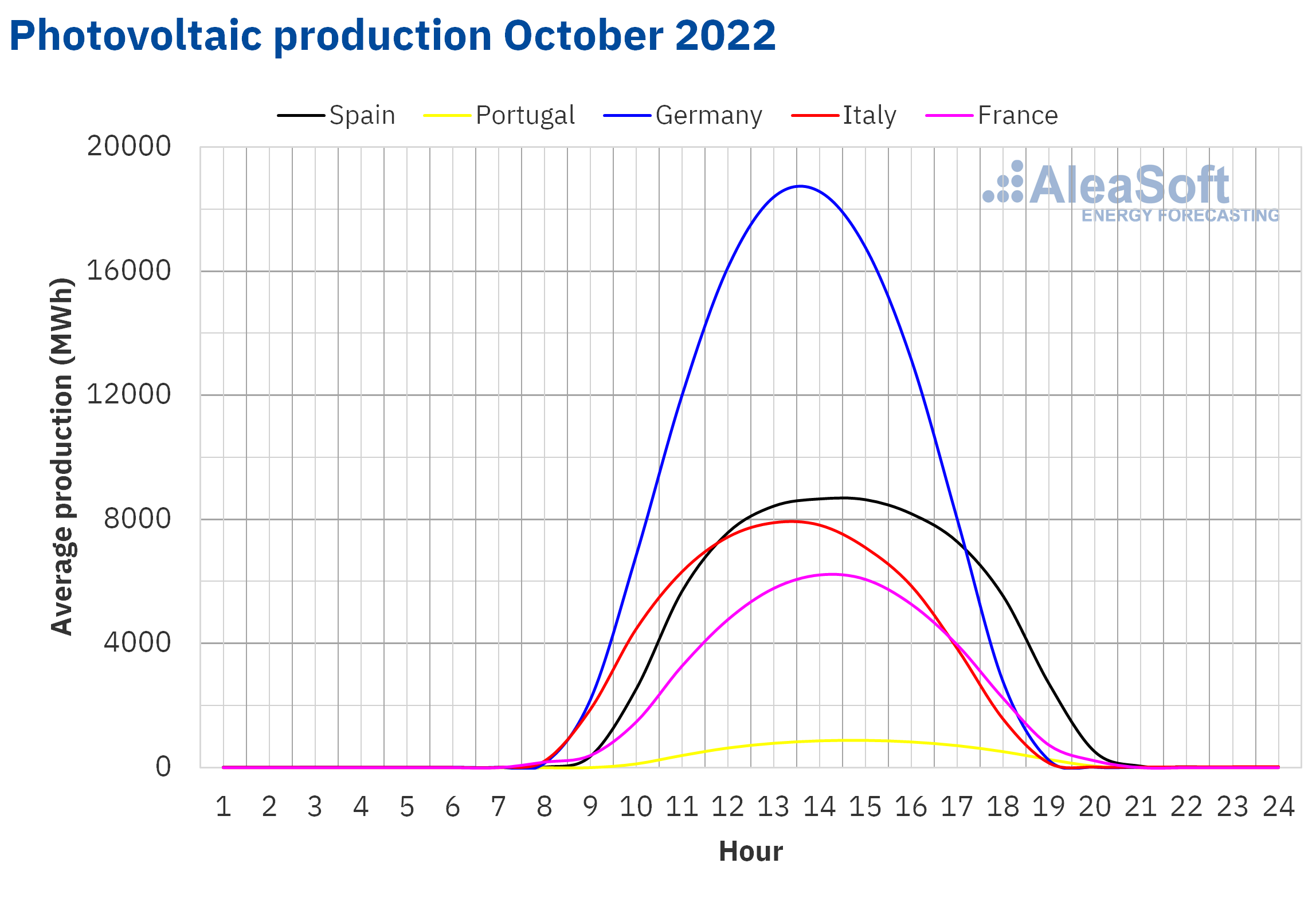 In the month of October, the wind energy production increased compared to the previous month in almost all analysed European markets. The exception was the Italian market, with a decrease of 40%. On the other hand, the largest rise, of 45%, was registered in the French market. In the rest of the markets, the increases were between 20% of the Spanish market and 31% of the German market.

When comparing the wind energy production of October 2022 compared to that of the same period of the previous year, decreases were registered in the German and Italian markets, of 16% and 37%, respectively. In the rest of the markets, the wind energy production increased. The largest rise, of 27%, was that of the Portuguese market. In the Spanish market the increase was 19%, while in the French market it was 5.4%.

Compared to the wind energy capacity installed at the end of October 2021, in October 2022 there were increases in both Spain and Portugal. In Spain, the increase was 4.6%, to 28 994 MW. In the case of Portugal, the increase in the installed capacity of this technology was 2.8%, reaching 5389 MW. 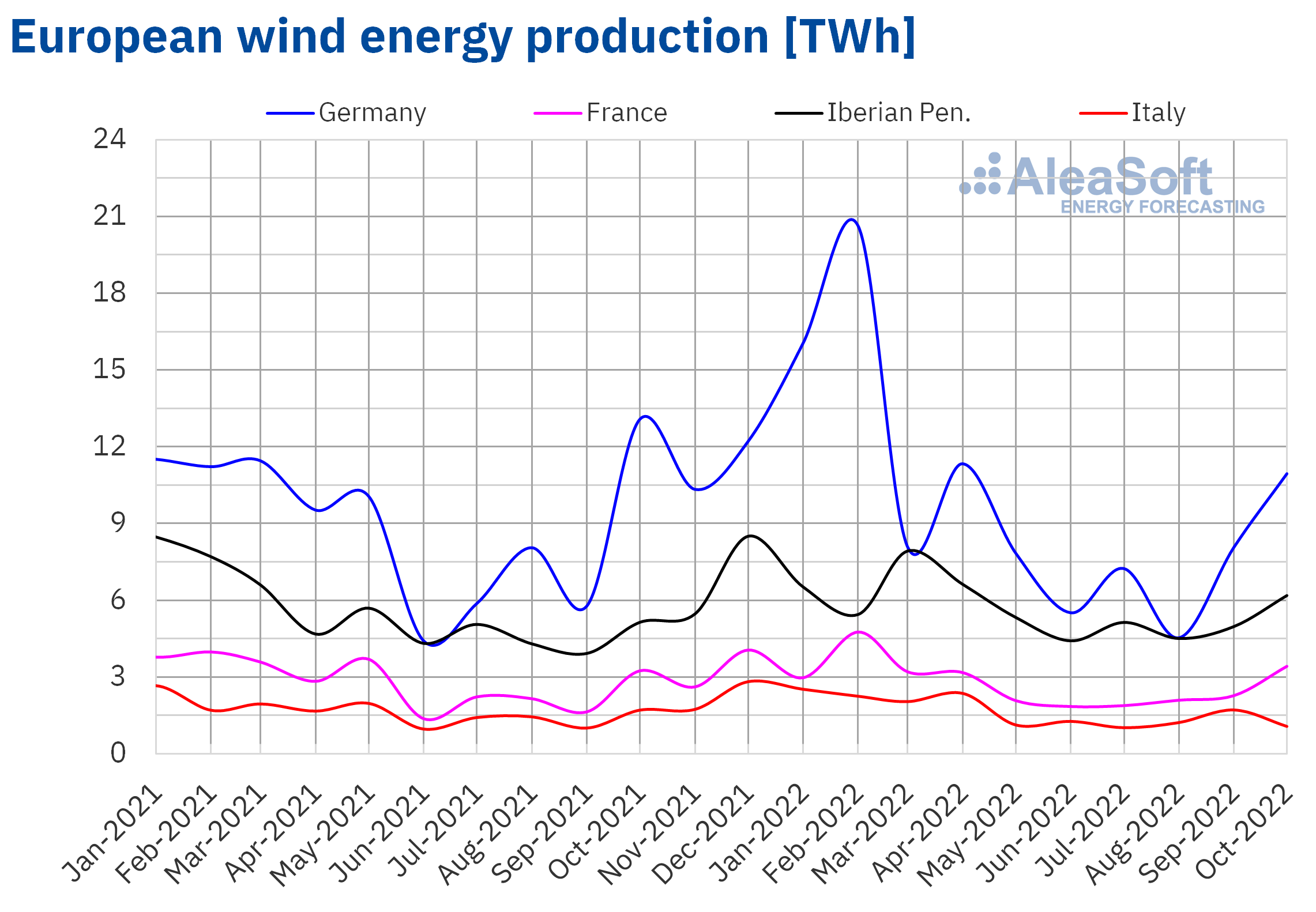 The long‑term forecasts of European energy markets of AleaGreen, the division of Alea Business Software S.L specialised in reports of price forecasting with a horizon of up to 30 years, provide a valuable vision of the markets. This vision is necessary for any of the actors of the energy sector: renewable energy projects developers, renewable energy assets managers, banks and investment funds, utilities, large consumers and electro‑intensive industries, PPA managers, traders, etc. The AleaGreen’s long‑term market forecasts include hourly price forecasts and annual confidence bands, as well as the prices captured by the wind and solar photovoltaic renewable technologies, and are characterised by balance and coherence. 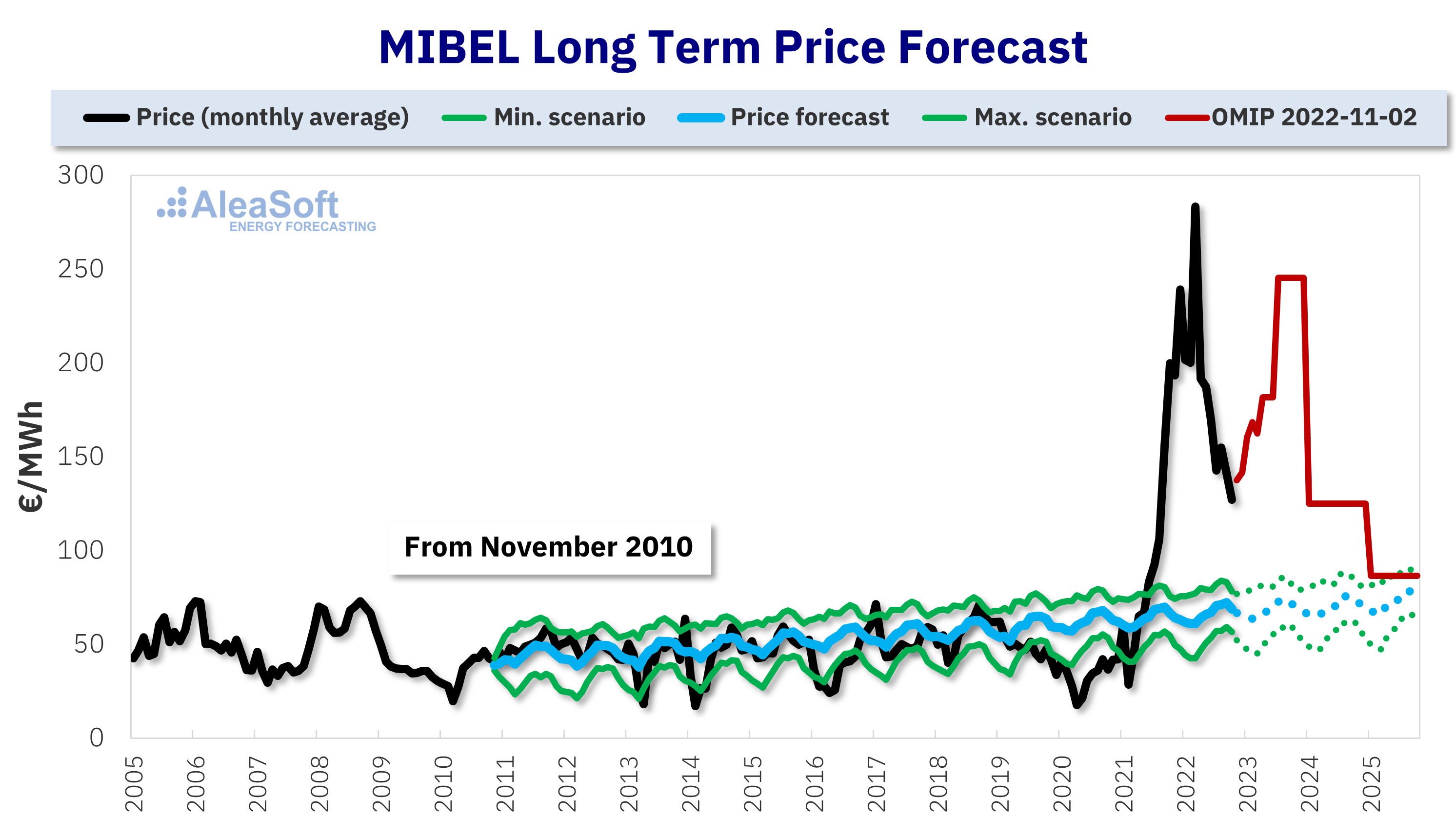