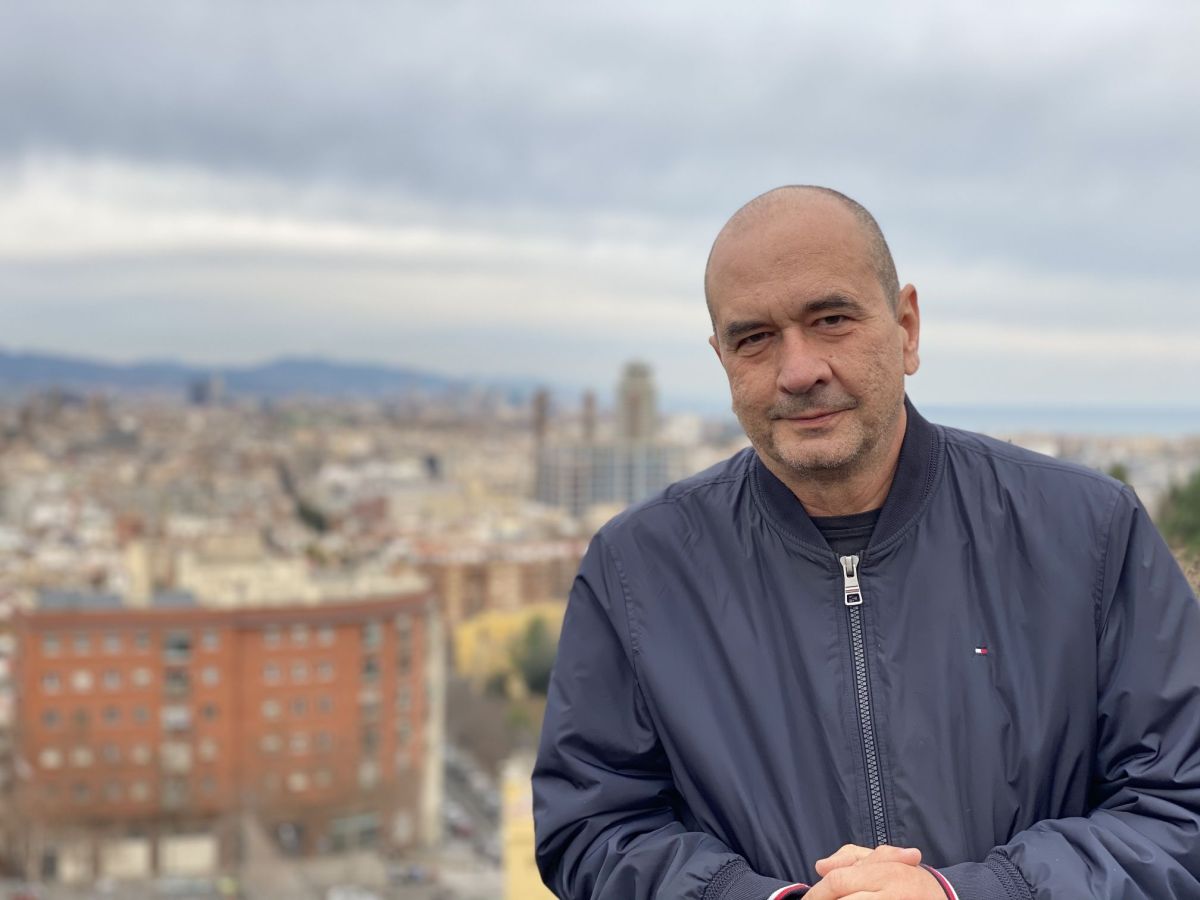 At the beginning of the year 2021, there were record prices in several European electricity markets in a context of high demand due to the low temperatures, having to resort to the thermal power plants. What price outlook is expected for the energy transition with the increase in demand, but also in renewable energy capacity across Europe?

The high prices of the first days of January were not seen for many years. The low temperatures caused the rise in demand to record levels in some cases. Combined cycle gas turbines with relatively high sale offers in the daily market had to enter to cover the high demand. When the combined cycle gas turbines are not in continuous operation, they can make sale offers to the market that cover the cost of starting and operating for a short time. It also coincided with a problem in the gas supply from Algeria and a small drop in nuclear energy production for one day.

Other episodes of this type occurred in the past, such as when there were problems with the French nuclear power plants in January 2017, and they will continue to occur in the future. As we always said at AleaSoft, the electricity market is in balance between those who produce and those who consume. In the future it is expected that the energy mix will depend more on the renewable energies, especially after the exit of the nuclear energy.

The combined cycle gas turbines will be available as a backup but when they are not in continuous production the prices offered to the market will be high, which may cause price spikes that will offset other periods of low prices.

In the future we will also have other alternatives such as the storage, either with batteries or green hydrogen, as well as the response that can be given from the demand side. In the longer term, the green hydrogen will replace the natural gas as a non‑polluting fuel.

However, in the last days of January and the first days of February, the MIBEL electricity market became the one with the lowest price in Europe due to the high wind energy production. The expected increase in renewable energy capacity may mean that these episodes are repeated more frequently. Is the profitability of the renewable energy projects at risk?

That in the same month we went from having high price records to having the lowest prices on the continent just shows what we mentioned before, the electricity market is in balance. Sometimes the producers benefit and others the consumers. The renewable energy capacity continuing to increase in the future does not have to mean more periods with low prices. Europe is betting on the renewable energies, but it is also betting on the electrification of the economy, which will increase the demand. The increase in the number of electric vehicles, the more flexible demand, the production of green hydrogen and also the batteries will allow absorbing the possible excess of renewable energy generation, at least in most cases. For this reason, we consider that the profitability of the renewable energy projects is not in danger. To manage the market prices risk, it is recommended that the developers of renewable energy assets have reliable long‑term prices forecasts.

The need of markets prices forecasting for the audits became clear. Why do the auditing companies recommend you? What kind of forecasting is needed in these cases?

The proper valuation of the renewable energy assets portfolios is essential for a renewable energy developer or for an investment fund. In the energy sector, the quality and coherence of our long‑term electricity markets prices forecasting are becoming increasingly known and that is why the banks and the auditors are increasingly recommending us.

For the audits and due diligence, 30‑year forecasts with hourly breakdown are required, of both the market price and that captured by the photovoltaic energy, the wind energy or any other renewable energy technology.

They are also requesting us forecasts made in previous years to valuate in the present the signed contracts and the PPAs.

If the company is listed on the stock exchange or has it in its plans, having our forecasts is increasingly necessary.

Long term price forecast of the MIBEL market made in October 2010.
Source: AleaSoft.

Which characteristics would you highlight of your forecasts compared to what is normally offered in reports for the energy sector?

Our forecasts use a science‑based methodology that makes them robust and coherent. The quality of this methodology is backed by the AleaSoft‘s 21 years of experience as a provider of forecasts for the European energy markets, mainly in the Spanish one. The forecasts have a 30‑year horizon with hourly interval. That is, it is a market prices forecasting of each hour for the next 30 years. This level of detail allows more accurately estimating the price that the renewable energy facilities will receive during all or a large part of their useful life and allows planning storage strategies to maximise the profits. Our forecasts also include confidence bands obtained with a probabilistic metric, which allow quantifying the market prices risk and developing strategies to mitigate it.

The European Commission endorsed the Electrointensive Statute. What can it mean for a PPA that the offtaker has the endorsement of the State?

That an offtaker has the endorsement of the State is an additional contribution of guarantees to obtain financing for the renewable energy projects. Signing a PPA with an offtaker that has the endorsement of the state becomes an attractive option to obtain financing, which puts the electrointensive consumers in an advantageous position, being able to achieve a reduction in the electricity supply price, especially, after the auction of January 26.

The signing of a PPA is an opportunity for the electrointensive consumers and for the large consumers in general to hedge risks in the mid and long term.

AleaSoft has been a provider of forecasts and reports of the energy markets for 21 years. Which are your main products? What type of clients are they aimed at?

AleaSoft offers products and services of forecasting of demand, prices and renewable energies production of in all time horizons: short, mid and long term. In addition, it offers a wide variety of reports for the energy sector. The long‑term analysis of the electricity sector in the European markets, of the price captured by the photovoltaic, solar thermal, wind and hydroelectric energy, the reports on financing and PPA, the monographs on the main European electricity markets, are just some examples of the themes of the reports that we offer. We recently developed the AleaApp Platform, which compiles the data from the energy markets, facilitating their visualisation and with options for the analysis of the information.

Our products and services are aimed at all companies of the energy sector: TSO, utilities, traders, retailers, large consumers and electrointensives, insurance companies, renewable energy developers, investment funds and banks.

The CO2 prices already exceeded €38/t. What prospects do you see for the next years?

The CO2 emission rights prices will continue to rise in the coming years, becoming another boost for the decarbonisation of the electricity sector, by penalising the production with polluting energy sources.

For the next months we see a band between €25/t and €30/t when the winter passes, with the possibility of dropping from €25/t on some occasions.

This year it is planned that the limit prices of the offers of the daily and intraday markets of OMIE will be modified. The limits, which are currently set at €0/MWh and €180/MWh, will become ‑€500/MWh and €3000/MWh, allowing the option of negative prices. How will this change impact the market prices that are obtained?

This change will not impact the market prices. Although on January 31, February 1 and February 7 of this year there were hours with values very close to €0/MWh, the last time there were hours with a price exactly equal to €0/MWh in the Spanish market was on March 9, 2014. And the maximum price reached in the entire history of the market was €145/MWh at the hour 22 of December 26, 2020.

The PPAs will continue to be essential. It should be borne in mind that in this auction the winners were large companies. The small and medium developers did not have many opportunities this time and will continue to need PPA to obtain financing.

Europe started the year in the middle of the third wave of the COVID‑19 and the situation still does not improve. Although the vaccination already started, it remains unclear when the health crisis will end and therefore it is difficult to predict the magnitude of the economic crisis and its duration. What prospects does AleaSoft see for the electricity markets in the coming years? Could the financing of renewable energy projects in Spain be affected?

We expect that the electricity markets prices will not be greatly affected by the economic crisis caused by the COVID‑19. In fact, after the minimum of €17.65/MWh reached in April during the hardest period of the health crisis and with the most restrictive measures, the market prices recovered to €60.47/MWh, averaged in January of this year. The recovery of the electricity demand can be a little slower conditioned by the total reactivation of the economy. For the moment, the financing of the renewable energy projects was not affected by the economic crisis and taking into account that the prospects for the markets prices are positive, we expect it to continue unaffected in the coming years.

Do you already have the next webinar planned?

Yes, the next one will be on February 18, and this time the guest speakers will be from Engie. We will continue to analyse the prospects for the energy markets and the financing of the renewable energy projects, again focusing on the PPAs and how they will coexist with the renewable energy auctions from the point of view of the generators. And we are also organising a webinar for March 18, in which we will have speakers from EY (Ernst & Young).

These webinars are proving to be a very enriching experience for us, and judging by the number of attendees and the feedback we are receiving, they are also generating great interest in the sector.

Now that 2021 already passed the January belt-tightening, are the AleaSoft’s resolutions for the year still valid? Do you want to share them with us?

Of course. This year we want to continue offering our products and services with the highest quality and continue with our dissemination work, through the webinars and our news. We want to continue transforming the markets information into knowledge, intelligence, vision and opportunities.

Moreover, we planned, in addition to being leaders in Spain and Europe, to expand the forecasting services and reports for the American and Asian markets. In short, we want to continue being a benchmark for the energy sector.