AleaSoft, April 29, 2019. AleaSoft analyses the prices in the fuels, CO2 emission rights and electricity markets in Europe. The latter fell in the last week. Among the main causes are a low electricity demand due to a rise in temperatures and the Easter Monday festivity, as well as a high wind energy production during the week.

The prices of Brent oil futures for June 2019 in the ICE market stopped the rise on Friday 26, settling at 72.15 $/bbl, 3% less than the previous day when they settled at 74.35 $/bbl. President Trump’s pressures on the OPEC to increase production were the main cause of the decline.

During the fourth week of April, the Brent futures prices settled close to 75 $/bbl during three consecutive days, values that were not seen since the end of October of last year. The rises of Brent have been continuous this year and in recent weeks were influenced by the US sanctions on Iran. 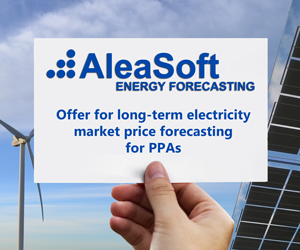 In the last week, the futures of TTF gas in the ICE market for May settled on Friday 26 at 14,42 €/MWh and finished a week with very stable prices, with values similar to those settled on Thursday, April 18, in the middle of Holy Week.

In both cases, the prices of gas and coal in Europe have continued with a similar behaviour. In general, less electricity is generated with coal than with gas, since the latter has more competitive prices, in addition to the influence of the price of CO2 emissions, which is high and has a greater influence on coal generation.

The price of CO2 emission rights futures for the December 2019 reference contract in the EEX market on Friday, April 26, settled for the first time in many days below 26 €/t, reaching a value of 25.85 €/t. On the last day of the fourth week of April, the decline was 5.2% in a session of benefits collection by traders after the last price escalation. Prices were above 26 €/t from April 10. 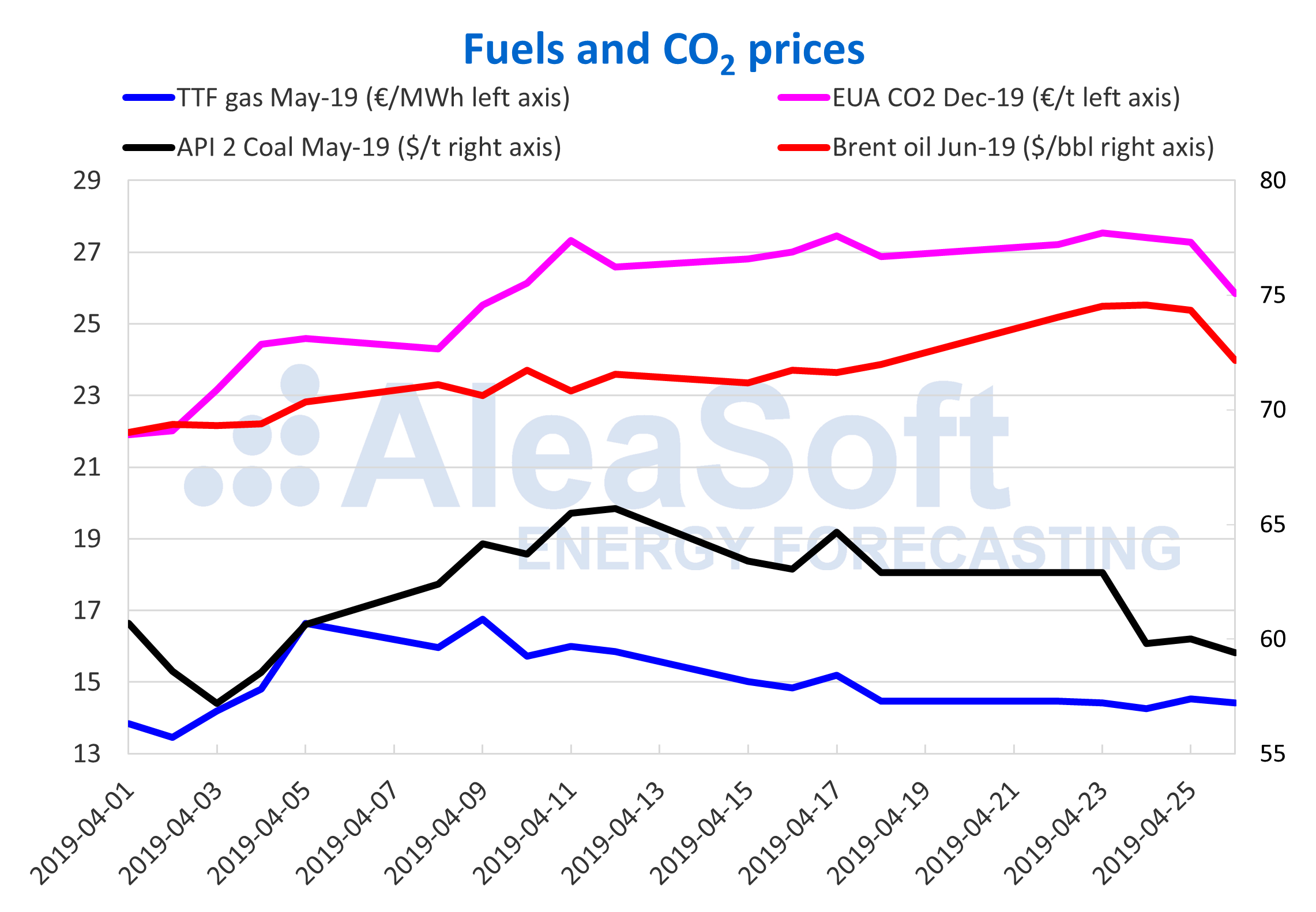 In the last week of April, prices in Europe had a fairly widespread decline in the main European markets around 17%, except in the Iberian Peninsula that rose by 3.1% in Spain and 0.7% in Portugal. The main cause was the higher wind energy production, of around 31%, and secondly, the lower electricity demand.

The N2EX market of Great Britain, the Italian market IPEX and the MIBEL market of Spain and Portugal form the group with the highest prices. The MIBEL market had a slightly higher price than the other two, reaching 47.41 €/MWh as average during the week. In the group of lowest prices were the EPEX SPOT markets of France, Belgium and Germany, with average weekly prices of 27.61 €/MWh, mainly due to the strong wind they had. The EPEX SPOT market of the Netherlands and the Nord Pool market of the Nordic countries were also in the lower price group last week, but clearly above the weekly average.

European electricity futures for May 2019 settled last week, on Friday, April 26, with a general decline of between 0.9% in the OMIP market of Spain and Portugal and 5.8% in the EEX market of Germany. This decrease occurs in parallel with the fall in the price of CO2 and coal. The exception to this drop was the MTE market operated by GME that settled on Friday 26 at the same price it did the previous week.

After these high values, for the current week a significant decrease in wind energy production in Germany, France and the Iberian Peninsula is forecasted, between 15% and 40%. In the Italian Peninsula, production is expected to increase slightly by around 5%. 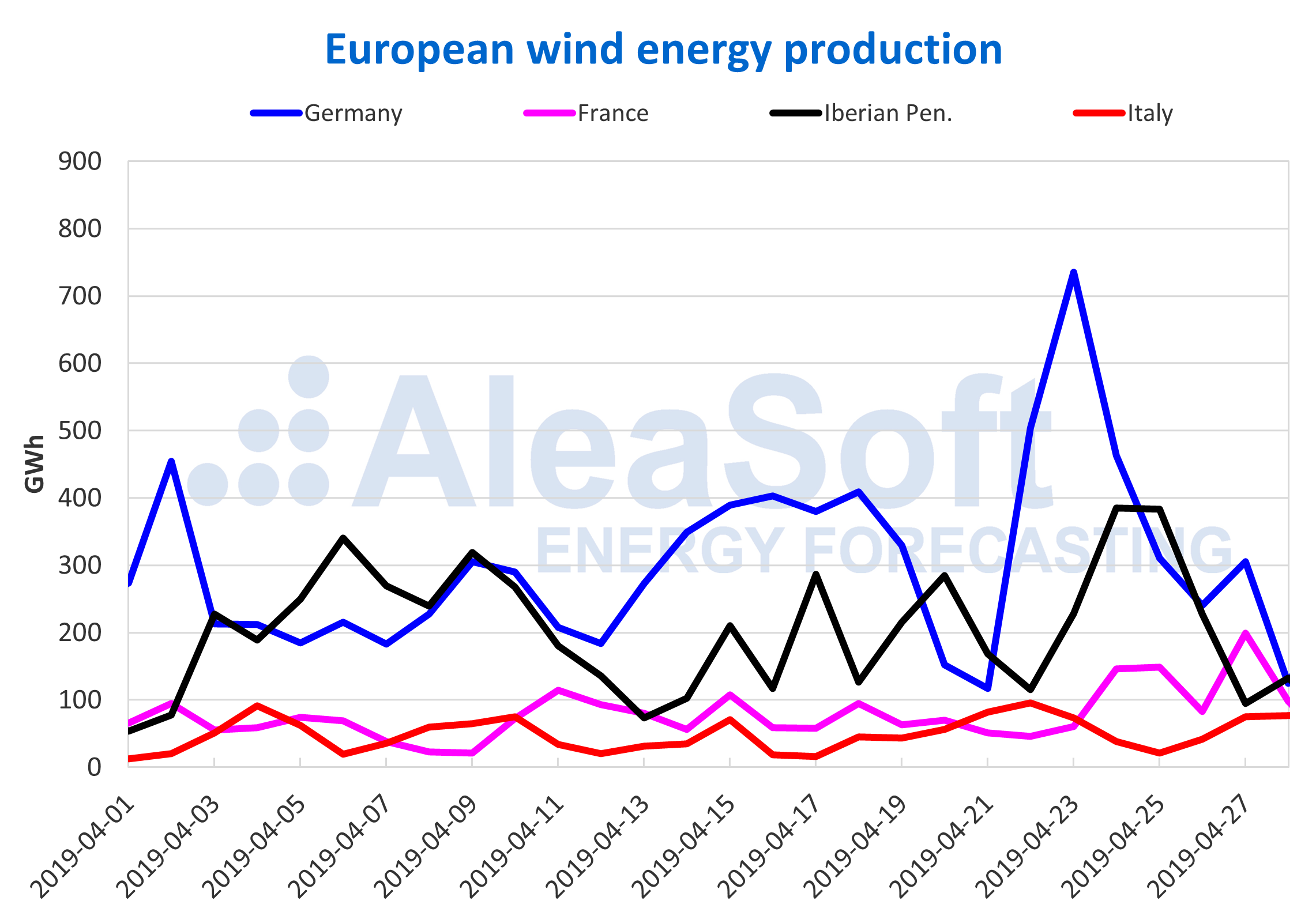 Solar energy production, which includes both photovoltaic and solar thermal technology, had a different behaviour in Europe. In Germany and Italy it decreased by around 25% while in Spain it went up by more than 40% compared to the previous week.

For the current week, forecasts indicate that the solar energy production will rise in Spain and Italy, and that it will have a slight setback in Germany. 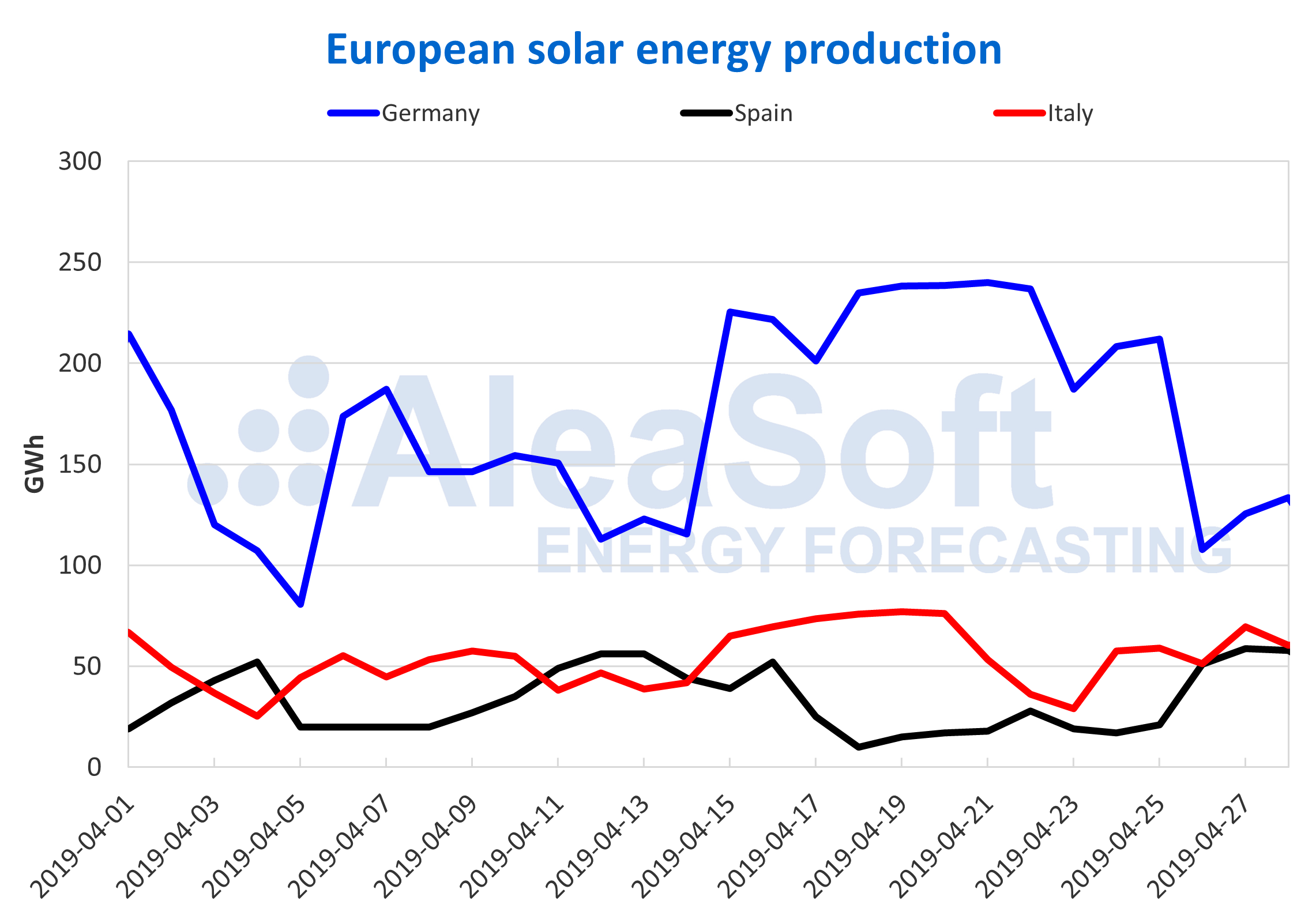