“PPA can help the electro intensive industry, but must be at competitive prices”

AleaSoft, June 11, 2021. The Statute of electro‑intensive consumers includes a measure by which these consumers are obliged to sign a PPA with renewable energy promoters. From AEGE, the measure is seen as positive to give visibility and certainty to long‑term costs, but for this it is essential that prices of these contracts are competitive. The Director‑General of AEGE, Fernando Soto, participated in the webinar organised by AleaSoft to analyse the measures contemplated in the Statute.

Last Thursday, June 10, the webinar “Prospects for energy markets in Europe. PPA and their importance for large consumers. Vision of the future”, organised by AleaSoft, was held, which included the participation of Fernando Soto, Director‑General of Asociación de Empresas con Gran Consumo de Energía (AEGE), in the Spanish version of the webinar. During the webinar, the most recent events in the European energy markets were analysed. In a second block, PPA were dealt with from the point of view of large consumers and, in the last block, challenges and objectives to decarbonise the industry sector in Europe were explained.

At the analysis table after the webinar in Spanish, Fernando Soto valued the Statute of electro‑intensive consumers measures published in December 2020, among them, the obligation to sign PPA with renewable energy generation plants. The recording of the webinar in Spanish can be requested here.

The assessment of the Statute measures

According to Fernando Soto, AEGE celebrates the publication of the Statute of electro‑intensive consumers because it recognises the problem posed by the high electricity cost in Spain for the European and global competitiveness of the national electro‑intensive industry. But, on the other hand, they see clearly insufficient the measures that the Statute establishes.

The first measure of the Statute promises the compensation to electro‑intensive consumers of the invoice charges for the renewable energies financing and of extra costs of the non‑peninsular systems, but, for AEGE, “the economic impact of this measure is very reduced”.

On the other hand, the Statute ensures the risk coverage for long‑term electricity supply contracts signed directly or indirectly with plants of electricity generation from renewable energy sources. According to Fernando Soto, “this is good for the promoter of a renewable energy park who wants to sign a contract because it has the endorsement of the State” and “that has to make the price of that PPA more attractive”.

The assessment of the PPA measure

According to the Asociación, the PPA are a tool that can be used to make the electro‑intensive industry in Spain more competitive, but provided they are at competitive prices. The price reference they use is the result obtained in the renewable energy auction of January 26, between €25/MWh and €30/MWh, which they consider a supply price that would make them competitive.

In general, the base load contracts are preferred by industries as they are less complex from a consumer point of view. But if the price of a pay‑as‑produced contract is really competitive, there is no complication in its acceptance by the industry.

The Statute obliges to contract a PPA for at least 10% of the consumption and for a minimum duration of five years. Asked about these minimum conditions, Fernando Soto clarified that, if prices are really competitive, electro‑intensive consumers will be willing and interested in signing longer contracts of up to ten or fifteen years and for higher volumes that could reach 20% or 30% of their consumption. 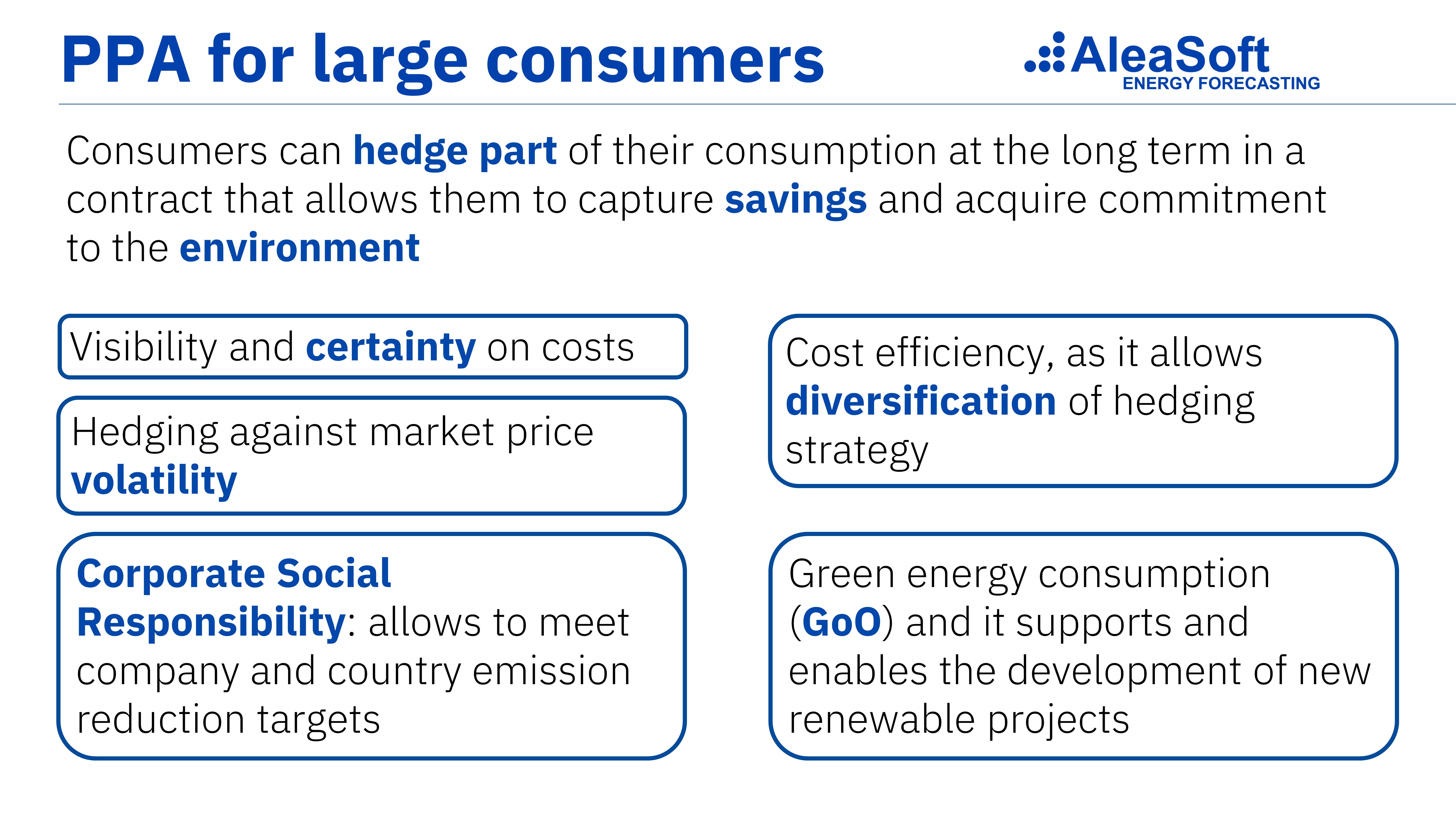 The State’s endorsement for PPA of electro‑intensive consumers

The guarantee that the State will provide to contracts signed by electro‑intensive consumers should be an important help when it comes to obtaining attractive prices for consumers, but also for promoters of renewable energy parks that with a higher credit quality of the offtaker will be able to obtain better conditions for the project financing.

According to the director of the AEGE, the procedure for granting guarantees of the CESCE, the company in charge of providing the guarantee on behalf of the State, is not yet ready. His estimates point out that, before the end of the summer, the electro‑intensive consumers will already be able to present their PPA proposals to be analysed and approved, if applicable, by the CESCE.

In conclusion, the requests of companies associated with the AEGE aspire to obtain measures and compensations equivalent to those that this type of industries receive in countries in direct competition with their products such as France or Germany. In these countries, the electro‑intensive industry has very important exemptions from transport tolls and bill charges, in addition to having a better paid interruptibility service.

Fernando Soto concludes that “the industry needs visibility and price certainty in the long term, PPA can be useful, but it must be at a competitive price”.

The next webinar organised by AleaSoft will be held on Thursday, July 15, and it will be a close and balance of the first half of 2021, and an analysis of prospects for the next six months. In the part of the vision of the future, the role that green hydrogen will play in the energy transition and how it will be essential in the decarbonisation of sectors as important as industry or transport, sectors that together represent half of total consumption of energy in Europe, will be analysed.