AleaSoft, February 25, 2020. The energy storage is a key factor for the management of the renewable energy production and the stability of the electricity system in the face of massive penetration of this intermittent energy production. An analysis on the storage in batteries and with hydrogen as means to fulfil the European objectives of decarbonisation of the energy sector was carried out at AleaSoft.

When thinking about means for electricity storage, the first thing that comes to mind is batteries. Since its invention in 1800 by Alessandro Volta, this energy storage mean became very well known and widely used in countless applications as a way to power devices that do not connect to the power grid. But it is not the only mean of energy storage, it is about converting electrical energy into another type of energy that allows its conservation and can then be transformed back into electrical energy. Like batteries, there are other means that allow the storage such as hydroelectric reserves with pumping stations, hydrogen with fuel cells and some other more elaborated.

Over the years, new technologies emerged that improved the battery performance. Currently, they represent the possibility of efficiently managing a renewable energy plant. They also come to play an important role in self‑consumption in both the residential and business sectors. At AleaSoft it was already commented on previous occasions about initiatives at European level to promote self‑consumption, mainly led by the reduction in solar photovoltaic panels prices that generated a revolution in the sector.

The tendency of this price is to diminish with the technological advances. This means that batteries are becoming a cost effective alternative for more applications that require energy storage. 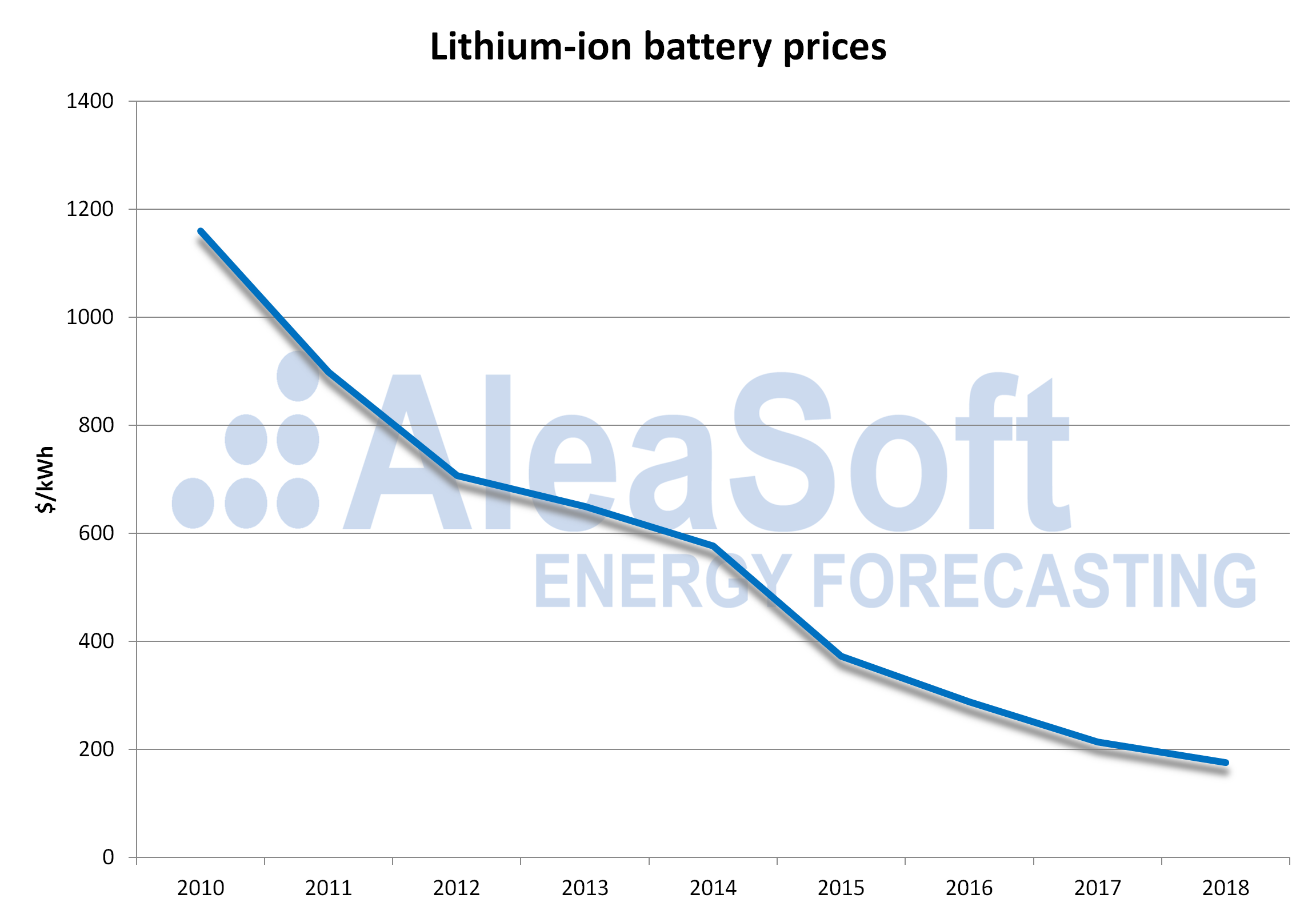 The main use that batteries currently have in the electricity system is for the system frequency adjustment. The batteries are especially suitable for this purpose due to their fast response time. However, the continuous reduction in the price of this technology makes it increasingly attractive to use as a form of large‑scale storage. Even some National Energy and Climate Plans (NECP) contemplate the scenario of a battery storage capacity built into the grid in the near future. For example, in the case of Spain, it is expected that, for the demand management, an additional capacity of 2.5 GW of equivalent power in batteries will be available by 2030.

The energy storage is essential for the energy transition to renewable sources. The intrinsically unmanageable nature of the renewable sources requires the implementation of supplementary technologies that allow their management. It is here where the batteries come to play a decisive role. A photovoltaic installation, for example, will have production in the hours of solar irradiation, while it will not be able to produce overnight. If the installation includes a bank of batteries that allow the storage of the energy generated in the hours of greatest production, then this installation could have that energy at the time that is most profitable. 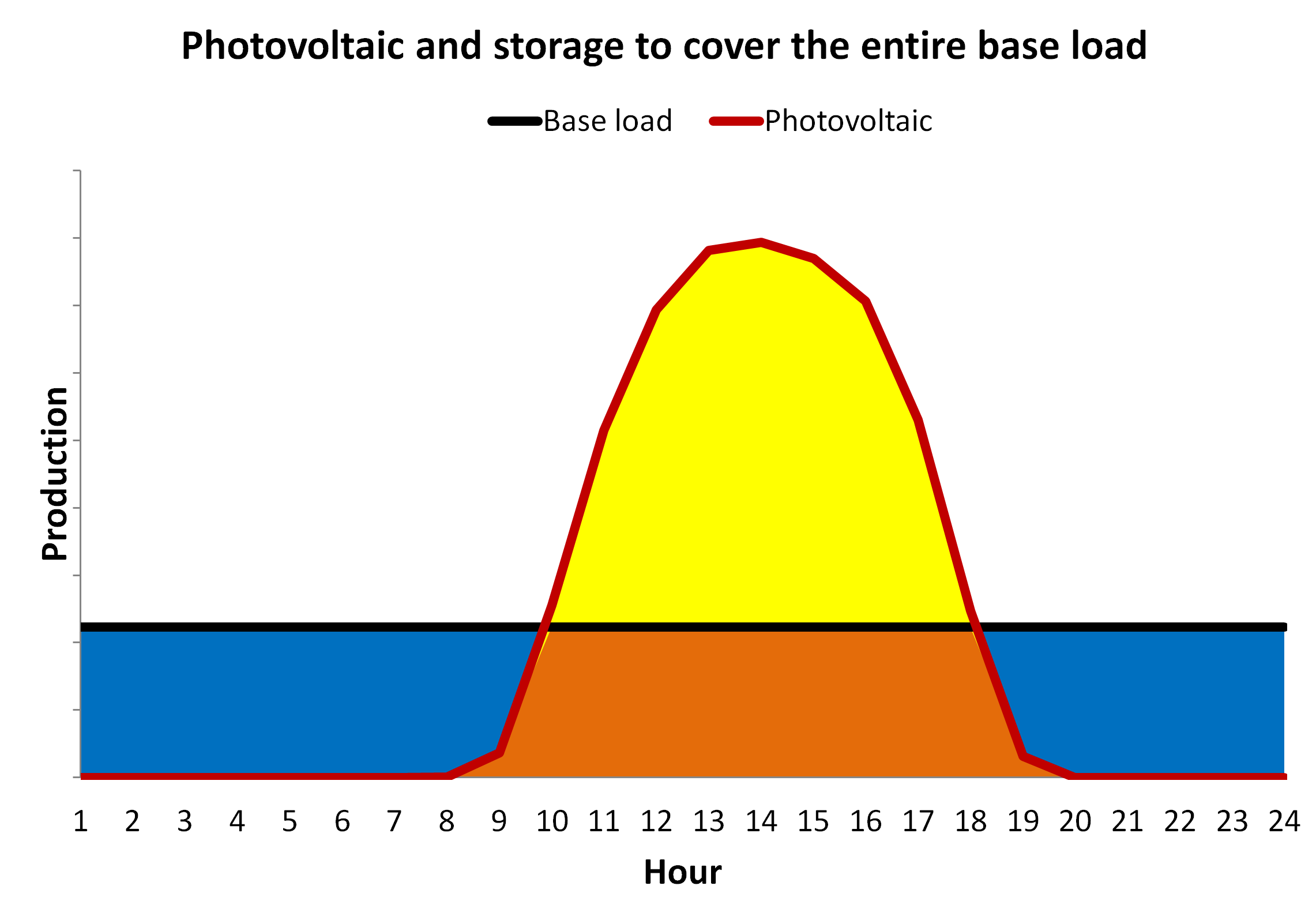 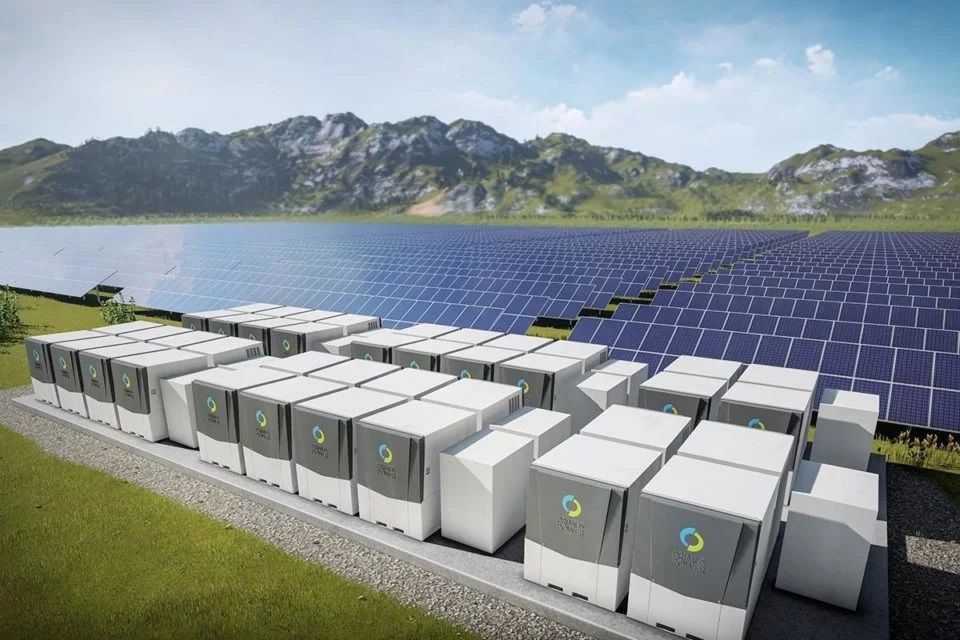 Obviously, in the specific case of self‑consumption, which is mostly photovoltaic, the decision to place or not batteries in the installation often is not simple. For example, in the residential case, the decision falls by its weight. During the hours of more production, people are normally away from home, working. It is already late in the afternoon and during the night that the highest consumption is concentrated at a home. Therefore, the consumption profile does not match the generation of the panels, so the most efficient is to have batteries that store that energy and it can be consumed in the hours of greatest demand of the home. However, incorporating batteries into the installation substantially increases the required initial investment. Therefore, the problem is more complex. An economic analysis is necessary to determine if it compensates more to put the batteries and to be able to consume this energy in house, or to pour the production to the grid and to receive the compensation.

However, in the case of companies, the scenario is different, the production hours coincide almost entirely with a working day as a general rule. Likewise, a profitability study should be made to decide if batteries are available to store the surplus of production, especially on weekends, or if, on the contrary, it is more convenient to pour the production of non‑working days directly to the grid, with the consequent retribution.

According to a recent study by Lazard on the cost of energy storage, the technology that predominates in the batteries used for this purpose is Lithium-ion. However, the ideal technology for each scenario varies with the characteristics of each case. In this sense, for example, for the use in residential self‑consumption as part of a photovoltaic system, the most recommended battery is the one with a deep cycle. This means that it is designed to be uncharged almost completely on a regular basis. This feature is not allowed by a Lithium‑ion battery, because they are usually damaged when its charge level is less than 20% of its total capacity. Lead‑acid batteries, similar to that of conventional cars, are more recommended for this scenario.

The cost of energy storage in each sector depends largely on the total capacity required and the technology used, which responds to the operational requirements of each case. For example, in applications that are connected to the grid, Lithium‑ion batteries or vanadium or bromine‑zinc flow batteries are normally used. However, in applications that are not directly connected to the grid, whether in commercial, industrial or residential use, Lithium‑ion batteries are also present, but moreover lead‑acid batteries.

Projects of batteries connected to the electricity grid

Examples of initiatives carried out successfully in the installation of storage with batteries already exist in the recent past. One of them is the case of the Almacena project, carried out by Red Eléctrica de España (REE) in 2013, when it installed a Lithium‑ion battery with a power of 1 MW and capacity of 3 MWh in the Carmona substation.

Iberdrola launched a 3 MWh battery energy storage system in the municipality of Caravaca de la Cruz, in the Murcia region. This installation would allow up to five hours of backup energy to the local grids in the event of a blackout. The technology used is Lithium‑ion and they affirm that it is the first project of distribution of Lithium‑ion batteries connected to the grid in Spain. 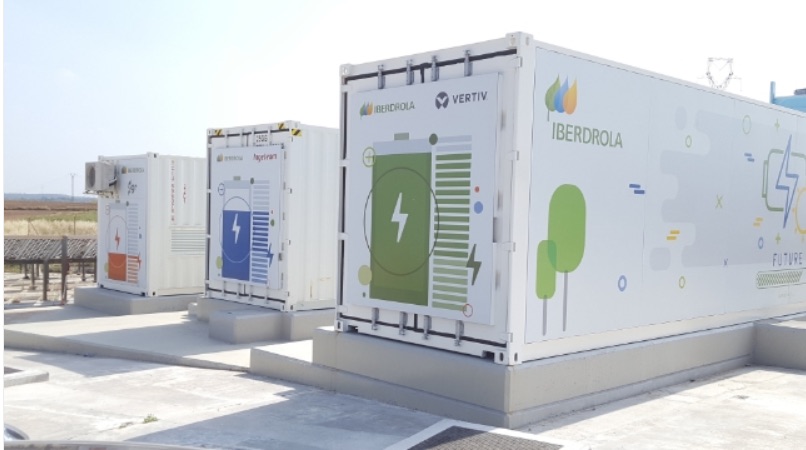 There are also initiatives to grant a second life to the batteries of electric vehicles, using them as storage systems still usable in photovoltaic or wind energy generators. In the past, several universities together with private companies developed projects in this regard. Recently, an interesting study was published by the Polytechnic University of Madrid, which evaluates the possibility of using the batteries of the plug‑in electric vehicle fleet to provide additional storage capacity for the hydroelectric plants. These plants produce a great impact on river ecosystems due to the sudden fluctuations in flow that originate in the riverbeds. According to the research carried out, the accumulation of energy in the batteries of electric vehicles would favour the more gradual work of the hydroelectric plants and would reduce the river stress.

The future of the storage

In December 2019, the European Commission gave the green light to 3.2 billion Euros of aid in seven countries for the development of highly innovative and sustainable technologies for Lithium‑ion batteries. It is estimated that this initiative will unlock additional 5 billion Euros in private investments, and it is expected to end in 2031 with different deadlines for each subproject.

At AleaSoft it is considered that the energy storage capacity is essential for the definitive implementation of renewable energies as the main source of electricity generation. Both at residential and industrial level, the battery storage will allow the efficient management of the intrinsically unstable production of a renewable energy generation plant, using the surplus in the hours of more production to charge the batteries and using the energy stored in the hours of greater demand.

However, the batteries will not represent the fundamental source of storage in the medium or long term, this role will be played by hydrogen. The combination of batteries and hydrogen will be a key source of energy production without polluting emissions in the hours in which the renewable energy production is insufficient.