AleaSoft participates at the UNEF Solar Forum 2019: The PV as the main element of the energy model

AleaSoft, October 16, 2019. One more year AleaSoft will participate in the Solar Forum organized annually by the UNEF and that already reaches the sixth edition this year. With the slogan “The main element of photovoltaic energy model”, it will be held in Madrid on October 22 and 23.

The Unión Española Fotovoltaica (UNEF) organizes this year the sixth edition of the Solar Forum, the reference event of the Spanish photovoltaic sector at the Puerta América Hotel in Madrid.

In the previous edition of the Solar Forum, last year, the expectations of photovoltaic in Spain were great and exciting, and in its slogan it was proposed photovoltaic as the technology that should lead the energy transition. Now, one year after the last Forum, it can be said that those expectations were not misguided. If there is a technology that exploded in this 2019 it undoubtedly was photovoltaic. Until September, its installed capacity grew a spectacular 35% in the mainland territory, practically all concentrated in the last four months. 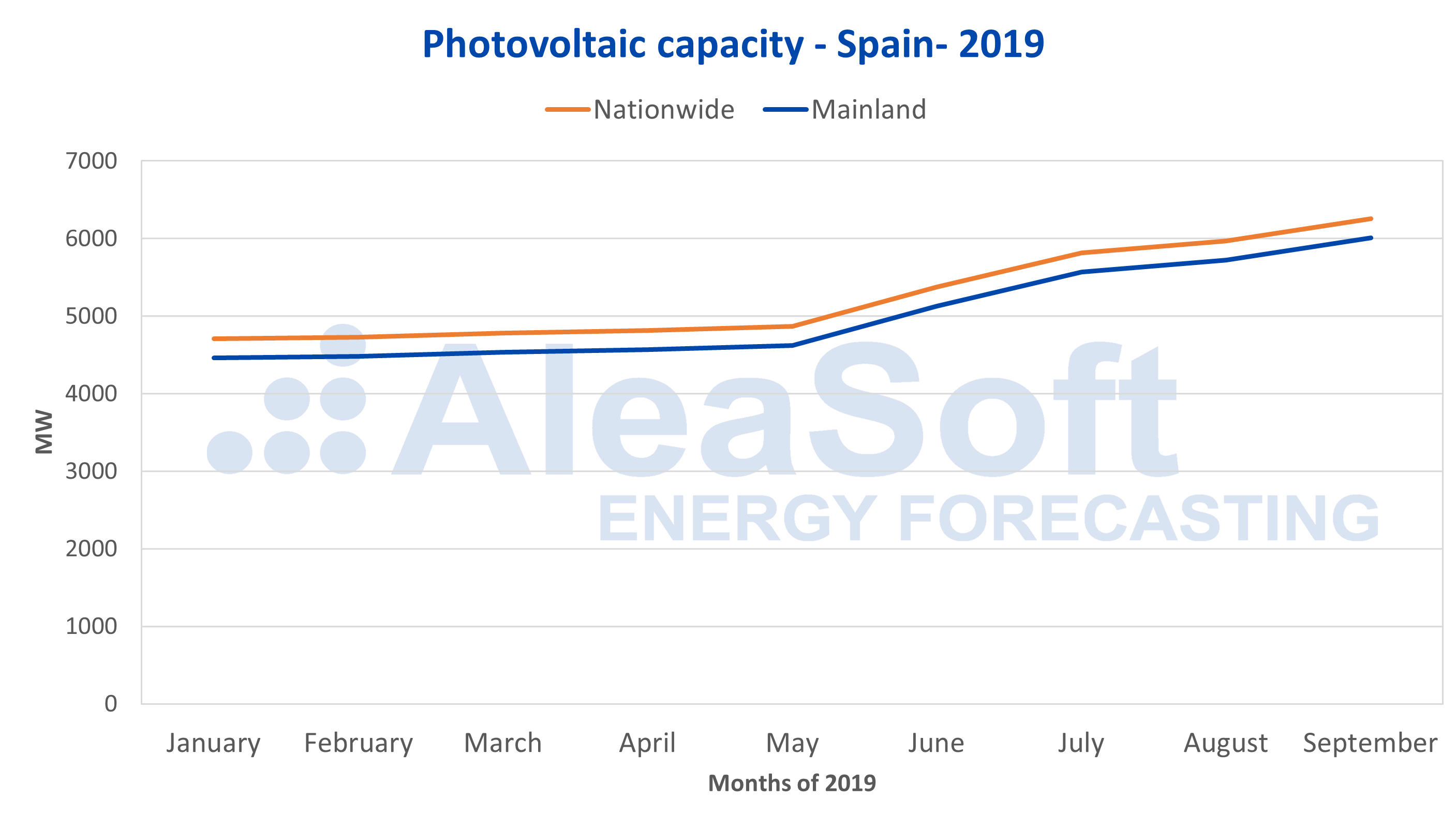 The role of the photovoltaic as the main element of the energy model, as proposed this year in the slogan of the Forum, is also ambitious, but taking into account the data it does not seem far‑fetched. The increase in self‑consumption photovoltaic installations is helping to decentralize electricity generation, one of the important points of the energy transition. The large photovoltaic installations are also gaining ground to the generation with fossil fuels in the production mix. So far this year, the coal thermal power plants generated almost 9400 GWh in the Spanish mainland electricity system, and the photovoltaic reached 7500 GWh. But if we add the production with solar thermal technology, the electricity produced with solar exceeds 12 400 GWh, clearly ahead of coal.

This edition of the UNEF event will feature national and international speakers, experts in photovoltaic technology, energy markets and energy policy. Topics as important for photovoltaic as the self‑consumption, the PPAs, the PNIEC, the renewable auctions, the energy storage and the electricity market will be discussed.

AleaSoft will participate in the round table “Merchant projects, PPAs or auctions, which is the best strategy for a company? Are auctions necessary at the moment? What would be the ideal auction model? Do PPAs have limits? How can annual income be estimated in a merchant project?” that will take place on October 23.

If you are interested in receiving more information about the Forum, you can write to us at info@aleasoft.com.