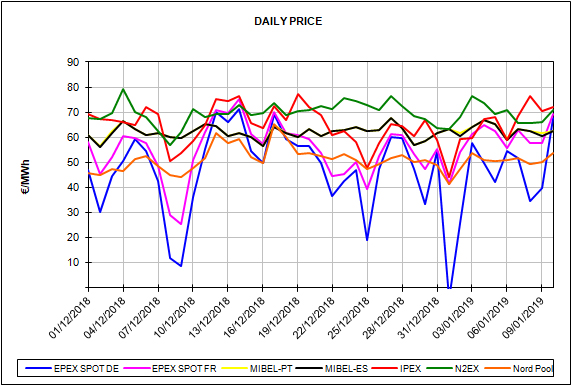 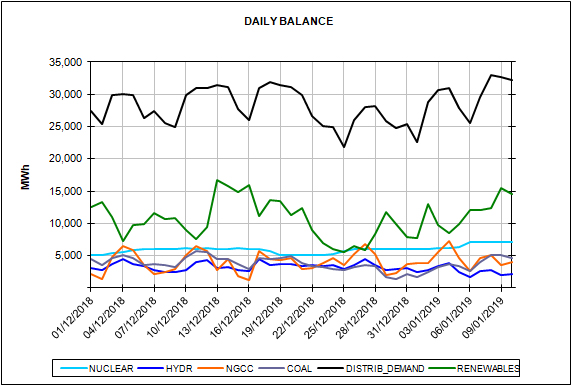 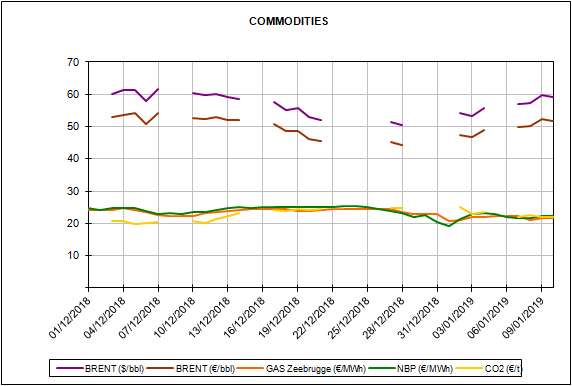 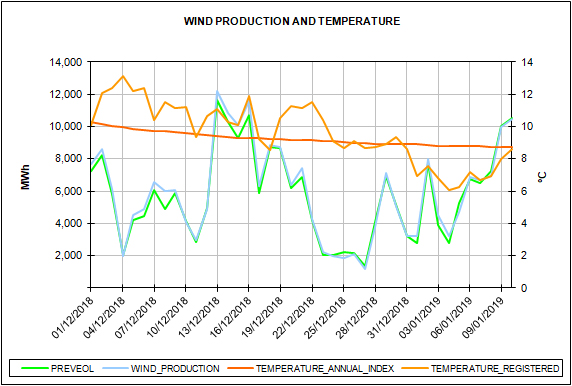 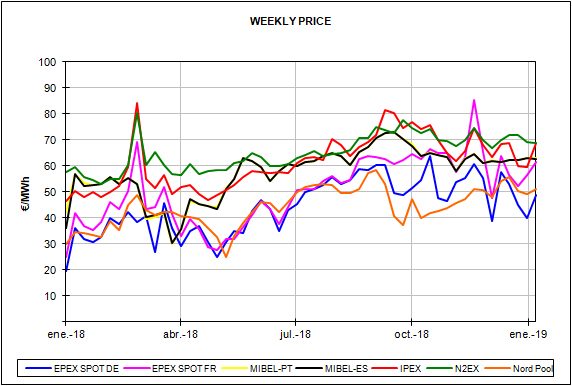 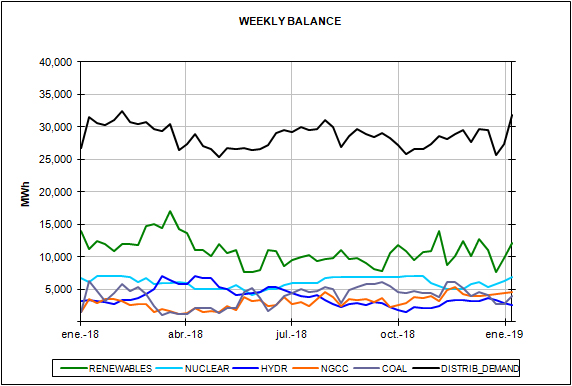 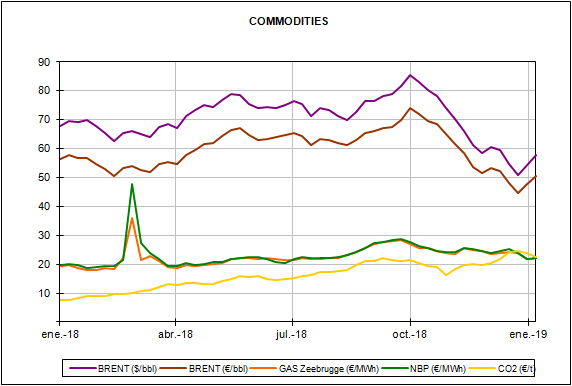 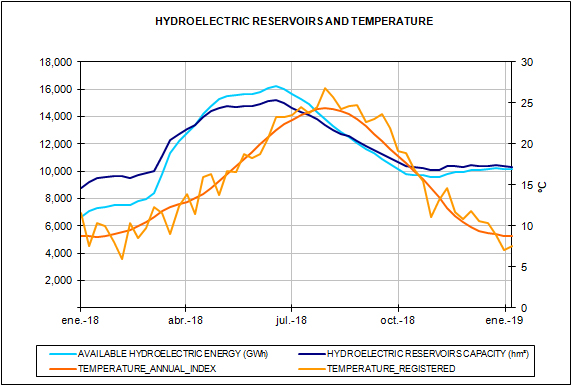 The price of the wholesale Iberian electricity market in Spain for January 10 was 62.40 €/MWh, the lowest price for that day among the main European markets, with the exception of the market of the Nordic countries, traditionally the lowest. The cold snap that has begun to hit the European continent has brought a rise in prices that has placed the French and German markets close to 70 €/MWh and the British and Italian markets above that, also influenced by the fall of wind energy. This week, since January 7, started with prices in the main European electricity markets around or above 60 €/MWh, except for the German and the Nordic countries markets that remained around or below 50 €/MWh.

Electricity futures contracts are trading at lower values this week compared to the previous one, following the behaviour of gas, coal and CO2 futures. Futures for the second quarter (Q2-19) fell by 3.7% in Spain and Portugal, and by 3.4% in France and Germany.

The Iberian market for gas and electricity derivatives OMIP has begun to offer electricity futures trading for Spain and Portugal for seven years ahead, until 2026. The average price for Spain contracts for the next seven years is around 49 €/MWh. The challenge will be that sufficient liquidity is achieved for such long-term contracts, so that it is a sufficiently robust price signal for the market.

The price of the Brent oil barrel keeps its upward trend since it hit bottom on December 24, and yesterday, January 9, futures for March exceeded the $60-per-barrel barrier and settled at $61.44. Progress in trade negotiations between the US and China created an optimistic climate and producing countries see how the production cuts agreed last year begin to have an effect on the price. If the agreements are fulfilled, the reduction in production will continue in 2019, so, for now, the trend is expected to continue upward.

The price of gas and coal futures stands this week, of January 7, below the prices of the previous week, 2.8% for the TTF gas and 3.5% for the API2 coal. But forecasts of a colder January end and a cooler than usual February could create an upward trend for the coming days and weeks, although high levels of coal stocks make this trend less solid.

On the other hand, the entry into operation of the CO2 emission rights Market Stability Reserve on January 1 has not succeeded, at least for now, in making the price of CO2 to begin the recovery of the level of the 25 € per ton lost last week, on January 3. At the moment, yesterday, January 9, it settled at 22.04 €/t. It should be noted that in February the auctions in Germany will resume, which will put on the market the pending titles of the last auctions of the year 2018 that were cancelled, and we will see how this increase in the supply affects the price.

Electricity demand this week is shaped by the return to normality after the holiday season. AleaSoft‘s forecast indicates an increase in demand of 13.5% this week, of January 7, compared to the previous week. Part of this increase is due to the recovery of labour and school activity, but also to the drop in temperatures, which during this week will be on average 1.5 °C below the usual temperatures for these dates and 0.2 °C below the average temperature of the previous week. According to the estimates of AleaSoft, correcting the effect of festivities and holiday season, the increase in demand for this week stands at 1.3%.

For the following week, of January 14, the weather indexes of AleaSoft point to a slight recovery of the temperature that will increase on average around 0.1 °C, although by the end of the week important temperature drops can be seen. In addition, labour activity will also increase given that Monday, January 7 was a holiday in some regions. All this, according to the AleaSoft‘s forecasts, will lead to an increase in demand of around 2.5%.

Hydroelectric reserves decreased by 1.5% last week and stand at 10 022 GWh this week. These values represent an increase of 39.8% year-on-year, and are practically at the average level of the last ten years.