On October 1 began the 2019‑2020 hydrological year in Spain. Reservoirs on that date were at a minimum capacity. This situation is the usual one at this time of the year, as the managers empty the reservoirs to accommodate the water from the autumn rains. But, in addition, in the 2018‑2019 hydrological year that just ended, a drought situation was experienced, the effects of which were felt on the hydroelectric energy production.

During the 2018‑2019 hydrological year, the amount of water stored in the hydroelectric reservoirs reached a maximum of 11 763 hm3, corresponding to the week of June 3. This amount was decreasing progressively since June 2019, until a weekly average value of 9180 hm3 was reached at the end of September, which represents the minimum level of this hydrological year. In the whole of the 2018‑2019 hydrological year, the average value corresponding to the amount of water stored in the swamps was 10 645 hm3. 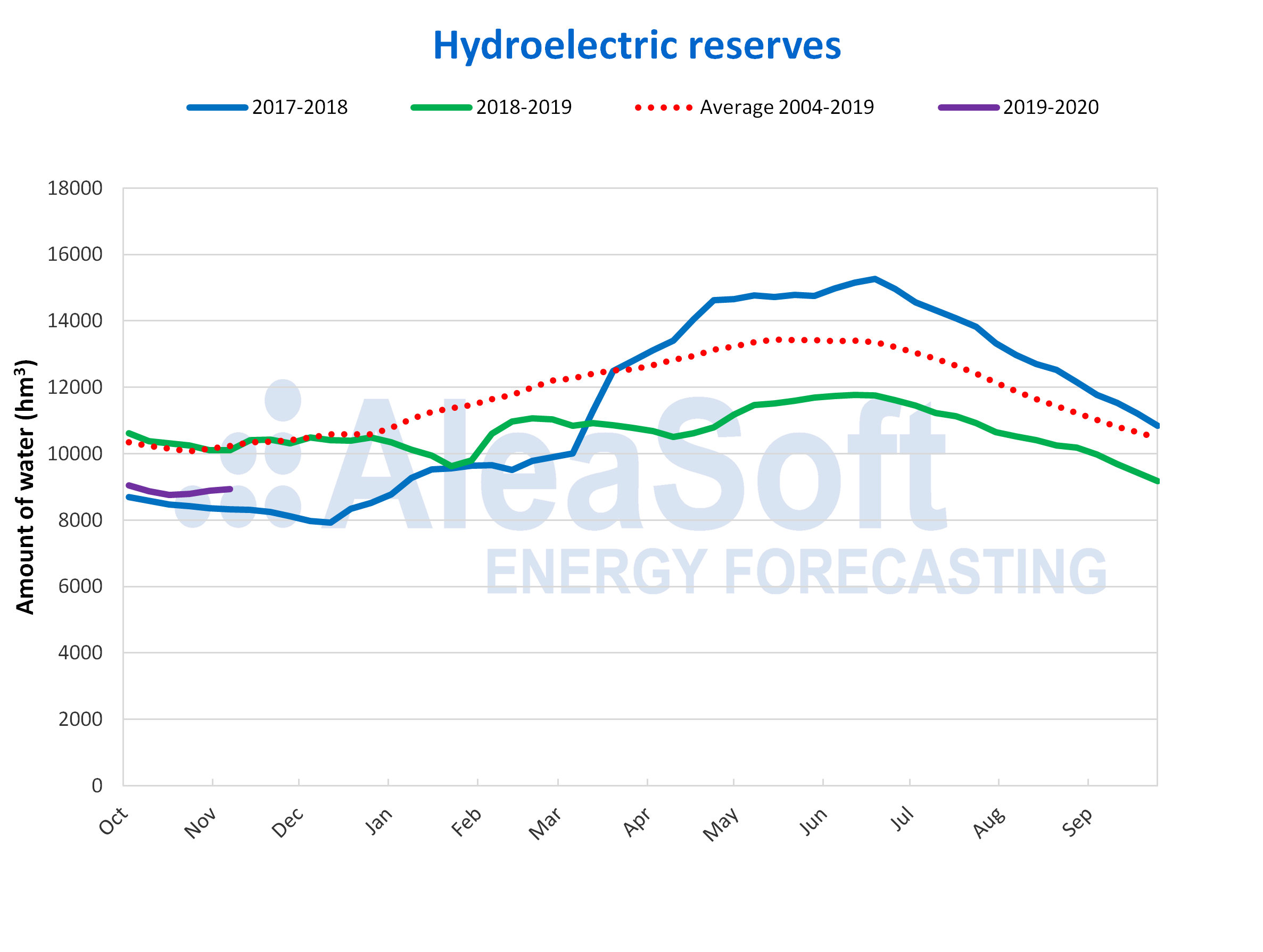 Source: Prepared by AleaSoft using data from the Ministry for Ecological Transition.

Precipitation and hydroelectric energy production in the hydrological year 2018‑2019

In the recently completed hydrological year there was a drought situation. Although, according to the State Meteorological Agency (AEMET), the month of April 2019 was the second wettest in this century, after April 2008, the lack of rainfall in other months gave rise to a situation of drought in Spain. Thus, the 2018‑2019 hydrological year would be the third driest hydrological year of the 21st century. This contrasts with the fact that the previous hydrological year, 2017‑2018, was humid, with 11% more rainfall than normal.

Impact of the drought on the electricity market prices

The decrease in the hydroelectric energy production affects the prices recorded in the electricity market. Although the electricity price also depends on other factors, it has a tendency to increase in the periods in which the hydroelectric energy production decreases. This is due to the fact that this lack of production is supplied by energy from more expensive technologies, such as coal and combined cycle gas turbines. 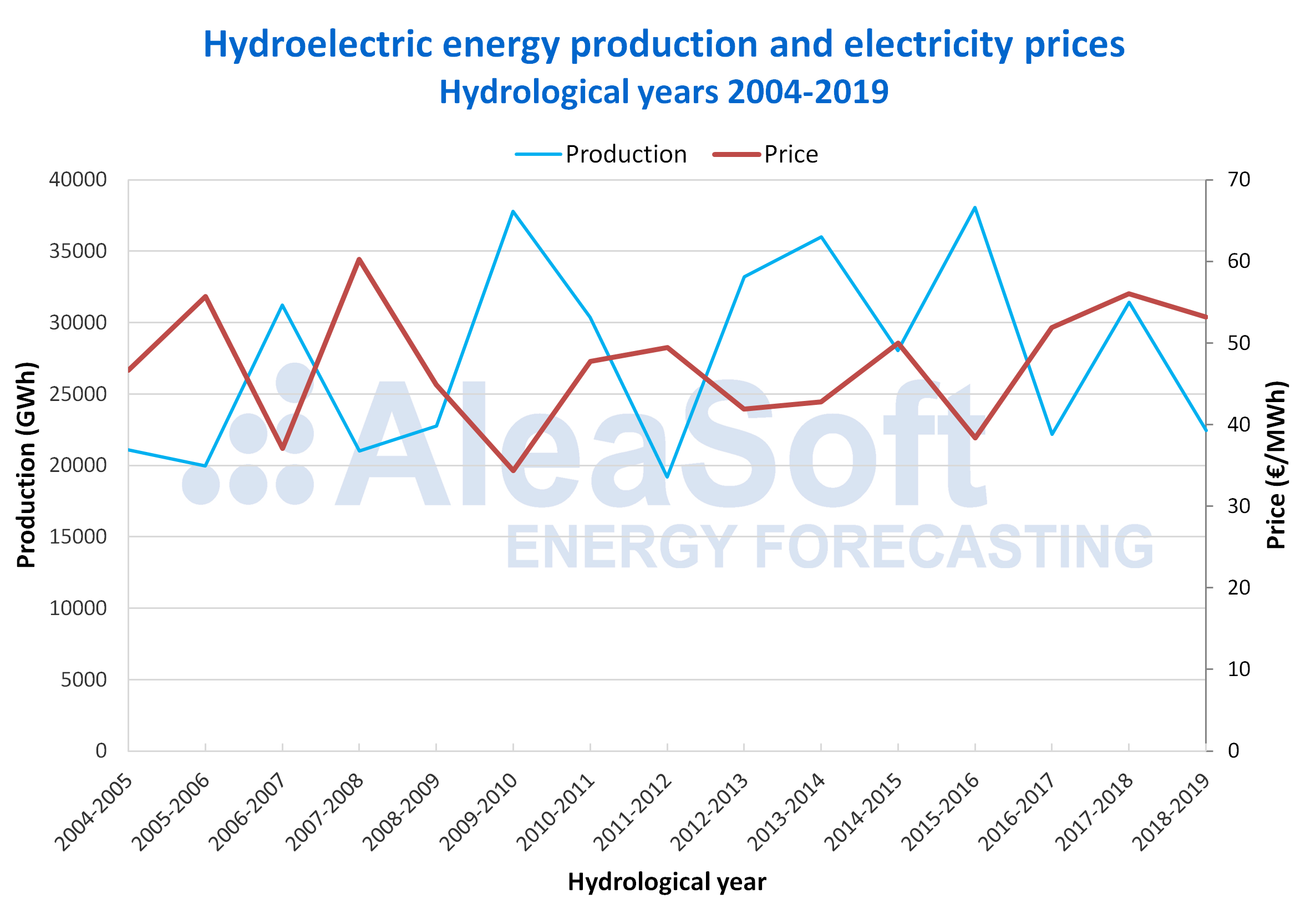 Sources: Prepared by AleaSoft using data from REE and OMIE.

The hydrological year that begins

In the new hydrological year 2019‑2020, the reservoirs levels continued to fall during the first two weeks of October. But, in the second fortnight, the reserve levels began to recover thanks to the rainfall in recent weeks.

According to AEMET and NOAA, it is expected that in the last quarter of 2019 there will be little rainfall on the Mediterranean side, but that it will be somewhat rainier on the west coast of the Iberian Peninsula. Looking ahead to the first quarter of 2020, it could start in general dry. But it could end with rainfall above the historical average.

You can receive our weekly news summary