The coal closure: an inevitable step towards the energy transition

AleaSoft, June 30, 2020. The thermal capacity of coal in Spain will register the greatest drop in its entire history when most of the thermal plants that use this fuel close at the end of June. The environmental requirements make this technology much less competitive and virtually unprofitable.

With the closure of eight coal‑fired power plants, the installed capacity of this technology in the electricity system of mainland Spain will drop to less than half, since the 5.5 GW to be closed represents 60% of the electricity generation capacity with coal and 16% of the total thermal capacity of gas and coal.

Since electricity began to be produced, the coal was one of the main fuels used. In Spain, this technology went from being the queen during the 90s, when it produced even more electricity than the nuclear energy, to be a very marginal technology since the beginning of 2019. The entry of the combined cycle gas turbines, much less polluting, and the renewable energy technologies, especially wind energy, from the first years of the 21st century, subtracted quota from the coal in the electricity generation mix. 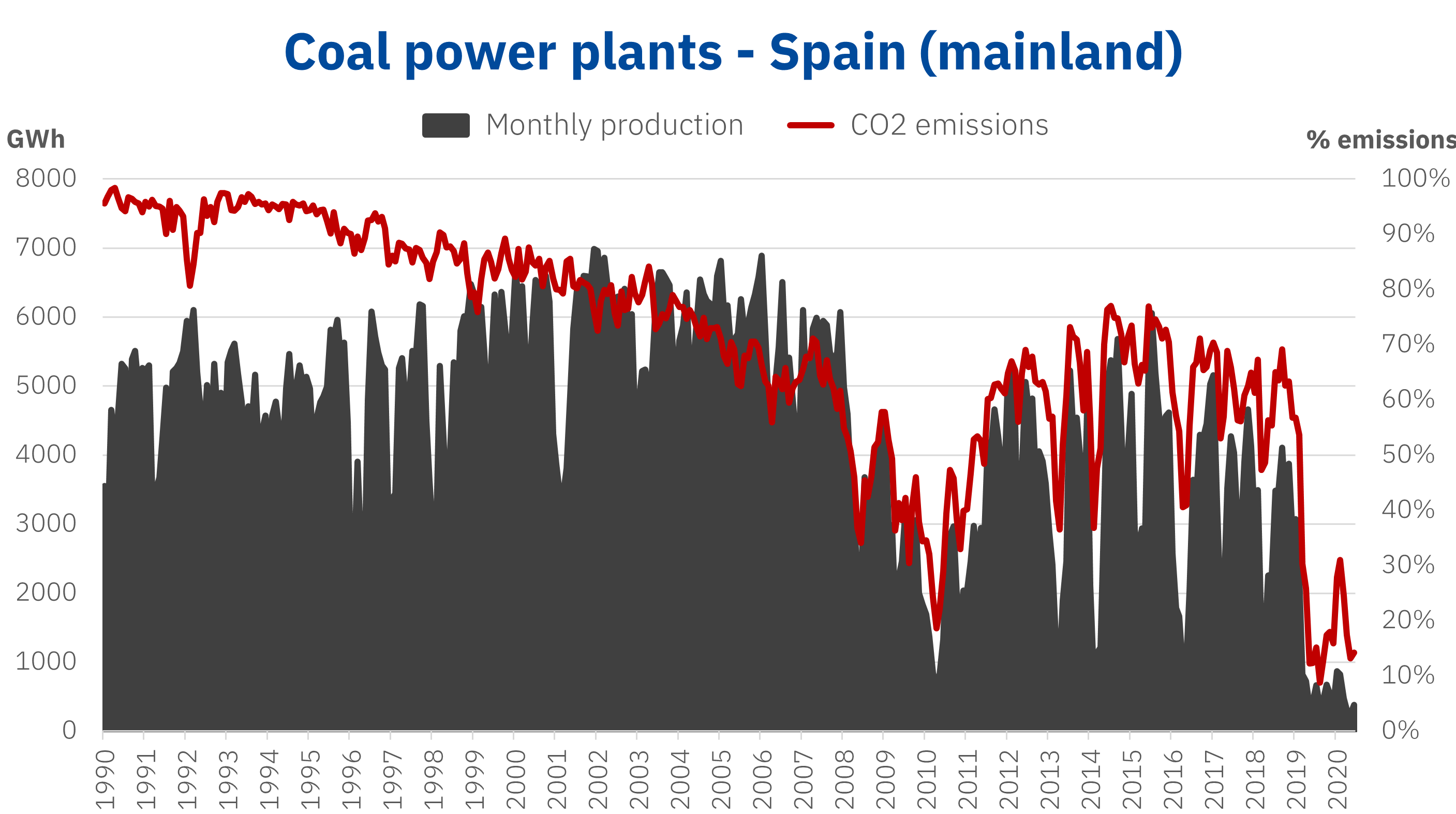 The CO2 emission rights prices, which in 2019 reached values close to € 30 per ton, meant an increase in costs and a loss of competitiveness of the coal plants compared to the combined cycle gas turbines, much less polluting. The taxation of the energy production also affects the coal. The Special Tax on Hydrocarbons, better known as green cent, taxes the coal plants on the coal they use, while the combined cycle gas turbines are exempt from it since the end of 2018.

The coal and the energy transition

The main handicap for the owners of the coal plants was the investments necessary to make them less polluting and bring them into line with the standards required by the European Union. These investments would have made the operation of these plants not profitable. Even with the loss of prominence in the mix of the last decade, the electricity production with coal accounted for between 60% and 70% of the total emissions of the electricity system.

The closure of the coal plants will leave some regions of the peninsula without one of their industrial facilities with the greatest impact on their economic activity. Not because the news was announced long in advance, it ceases to have a profound impact on the economic and labour fabric of their surroundings. According to AleaSoft, this is one of the situations that will inevitably occur during the energy transition, but which must be used to boost, in these regions, the potential for the renewable energy that exists in the Iberian Peninsula..