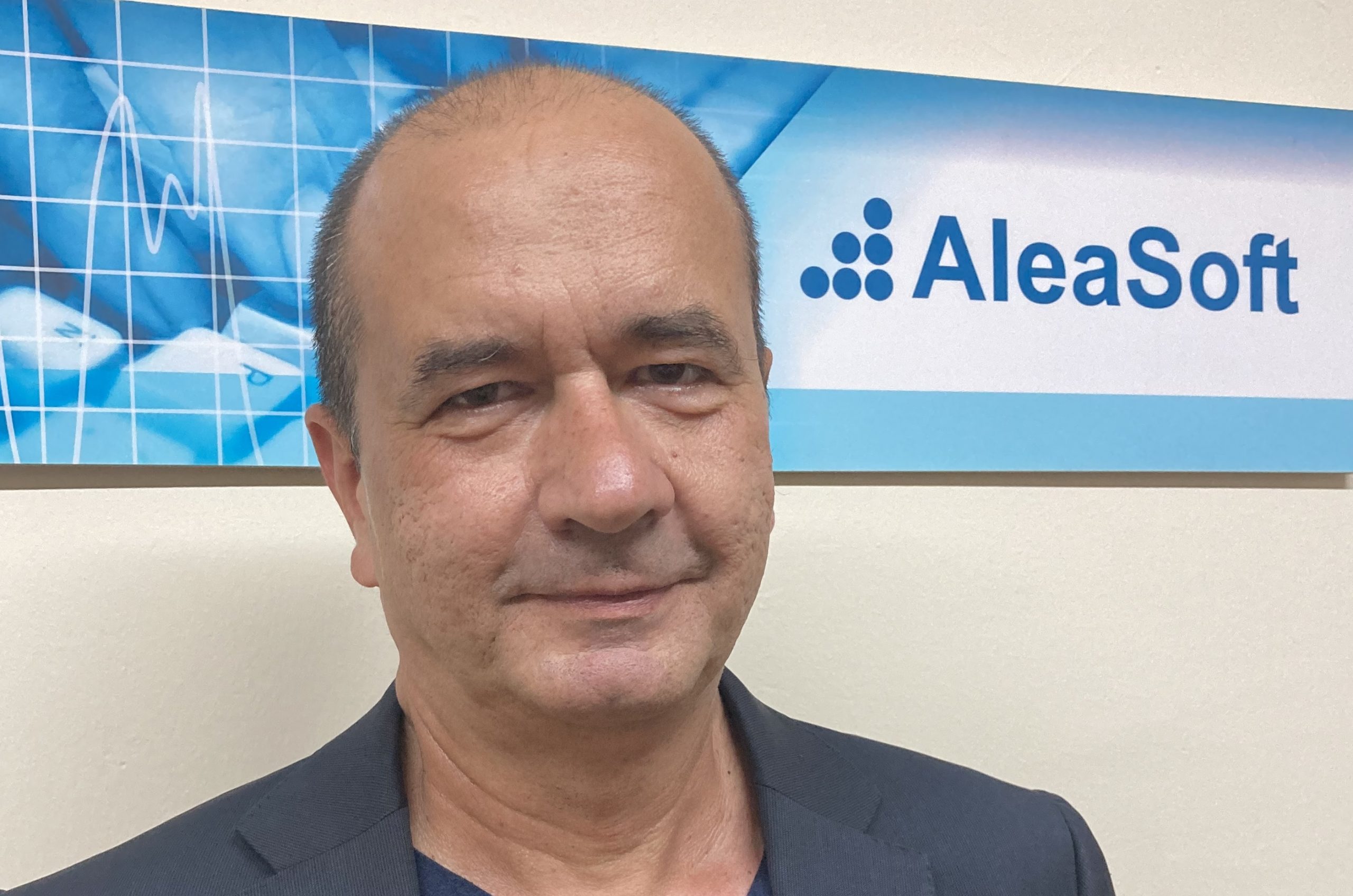 AleaSoft will soon celebrate 21 years of history. Tell us a little about the history of the company. How have you been doing in recent years?

The company was founded on October 8, 1999. AleaSoft was born as a spin‑off of the Polytechnic University of Catalonia (UPC) that participated in the initial shareholding and is our main scientific reference. Our first client was Endesa and since then we have had the privilege of working with the most important companies in Spain and Europe.

We are specialised in the field of the forecasting in the European energy sector. We make forecasting of electricity and gas markets prices, demand and energy production mainly renewable energy: wind, solar photovoltaic, solar thermal and hydraulic energy. We work making forecasting in all time horizons, from real time for the next few minutes to the next 30 years for the investments.

We have a multidisciplinary team made up of engineers and PhDs, with extensive experience in the energy sector and who constitute the main asset of the company.

We currently have around 400 models in operation in Europe, all developed using our methodology.

We are a company created in the last century but that every day looks to the future.

Which types of clients are using your services?

In a first stage we began to work with the large utilities of Spain and Europe that produce, distribute, retail and trade. Also with the main grid operators (TSO) making national and regional electricity demand forecasting.

In a second stage, we began to work with large energy consumers and electro‑intensive companies. Also with other medium and smaller companies that generate or retail electricity and gas. In this second stage, with the emergence of the wind energy production, we began working with companies in this sector that need forecasting for both production and prices in all horizons.

In the last stage, these last three years, with the photovoltaic revolution, we carried out more than one hundred forecasting projects of long‑term price curves, mainly for investments in different European countries. We work for developers of renewable energy facilities, banks, consultants, auditors and investment funds.

In these 21 years, we have had the privilege of working with all the agents that intervene in one way or another in the energy sector, mainly in Spain that is where we have the most experience..

Your models, whose genesis is in the early days of the company, are based on methodologies that are currently in fashion, such as the Artificial Intelligence, Machine Learning, Genetic Algorithms. Which are the advantages of using your models? How did they work during the worst moments of the coronavirus crisis?

Well, it’s already been 21 years using a methodology and models based on Artificial Intelligence without interruption. Our models are actually hybrids and combine the most advanced of each existing model in the scientific field of the forecasting.

Continuously using the same scientific methodology gives consistency to the forecasting in all time horizons and that is one of the main advantages: scientificity and coherence, in addition to quality, of course.

We have about 400 models in operation and with the pandemic we had to make some adjustments, fundamentally in the future scenarios. The coronavirus introduced uncertainty, especially in the part that has to do with the economy and the exit from the crisis. During the worst of the crisis in spring and summer, with the second outbreaks, the models worked excellently in all markets adapting to the new situation. 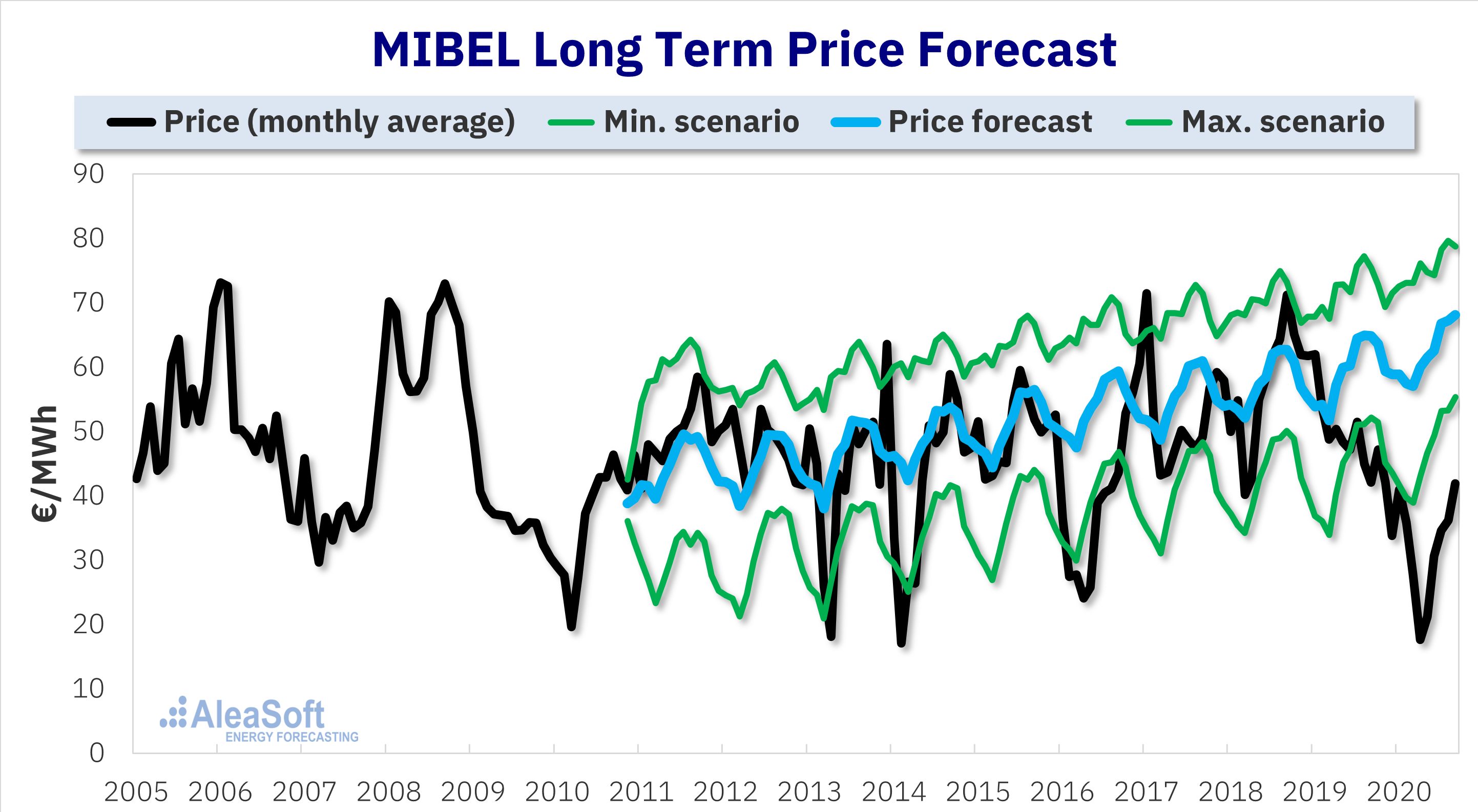 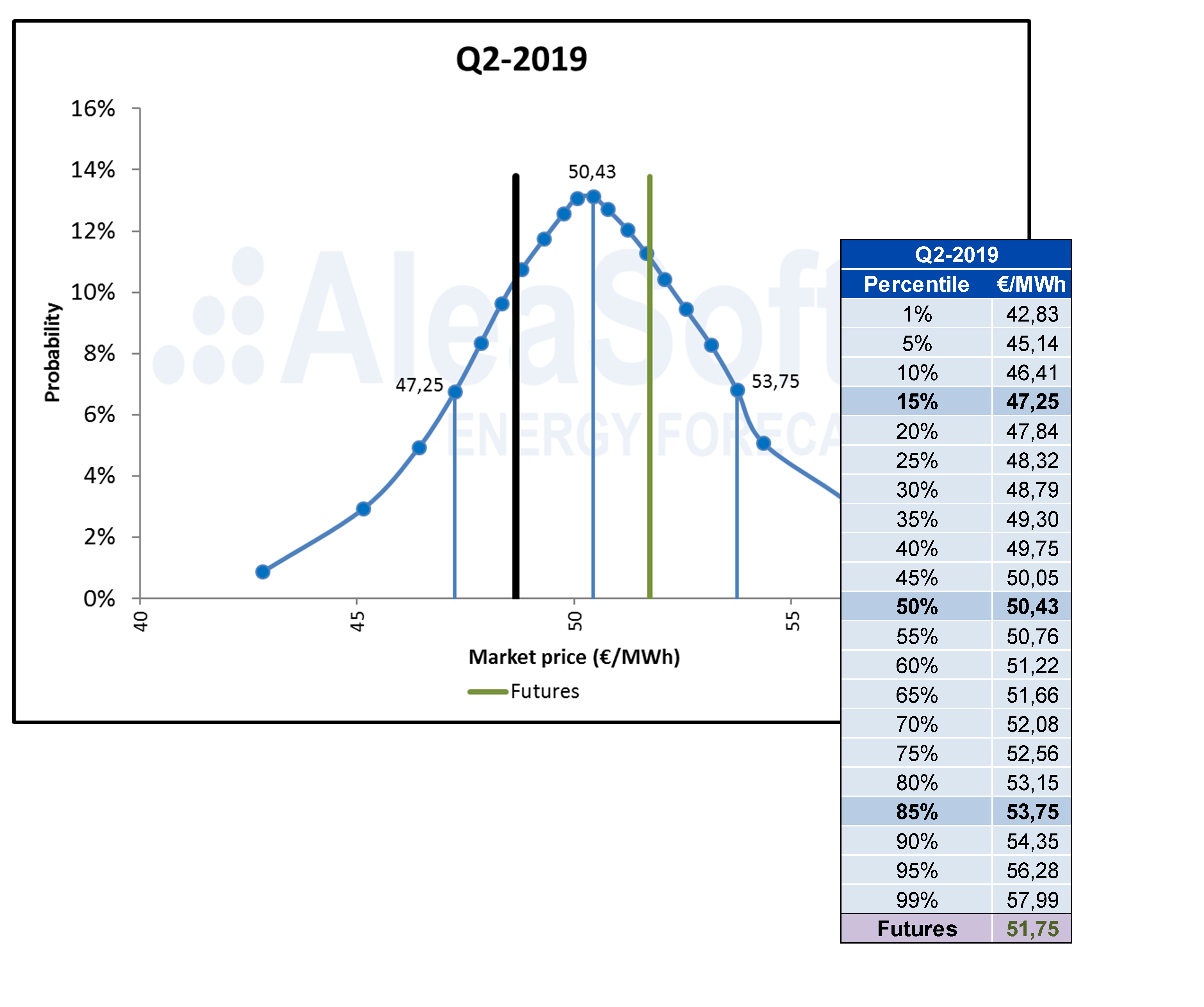 Since the beginning of the pandemic, you have carried out several initiatives to inform about the evolution of the markets during this period, for example, the webinars. Is doing business more difficult with the teleworking?

Coinciding with the confinement, we greatly promoted the preparation of webinars related to the crisis and the recovery from the crisis. These webinars were mainly focused on the financing of renewable energy projects. The pandemic generated a lot of uncertainty and our objective was informing and transmitting confidence to the renewable energy sector so that it continues with investments.

Teleworking is here to stay. By video call many activities can be done simultaneously and greater efficiency is achieved in general.

At AleaSoft we have been teleworking since March and the experience has been very positive from the internal point of view and also in the relationship with our partners, suppliers, clients and potential clients.

The global health crisis was a shock to the global economy with ramifications in all countries and in all sectors. Fortunately, the worst passed from the health point of view and now we must restore the economic consequences and this will be a long process like we have never seen before.

The investors, the developers, the banks and, in general, all agents are very active in the renewable energy sector in a medium and long‑term scenario with profitable investments.

The pandemic created a lot of uncertainty and the energy markets were not exempt. How do you forecast that their evolution will be in the recovery from the economic crisis?

We finished Q3 and if compared to Q2 we see a recovery in the energy markets placing us at pre‑COVID levels.

We must be attentive to the evolution of the epidemic in the northern hemisphere with the arrival of the cold and also to the gas and oil prices at the international level.

In a general sense, the path that was in February before the crisis was resumed. The greatest uncertainty in the future prices may be in the regulatory uncertainty and not in the coronavirus.

We still do not conquer the demand prior to the pandemic. Do you think we will see the previous consumptions again? When?

In the webinars we talked a lot about this topic. To sum up, we can say that these consumption levels will resume between 2022 and 2023. It should also be noted that we are becoming more and more efficient from the energy point of view.

We saw chapters lately of sky-high prices of up to €200/MWh at some hour in Europe. What happened? Will we see more chapters of these?

They are exceptional events. Also in Europe we see negative prices sometimes. With the increase in interconnections, the self‑consumption and more renewable energy, these events will be less and less likely.

The causes of these price peaks lie in the combination of various factors. Among the most important are, on the one hand, the low nuclear energy availability in France and low wind energy production and, on the other, the high temperatures registered on the continent in the second half of September that pushed up the demand, especially in France, where the highest national average temperatures for this time of year were reached for at least the last twenty‑five years.

In Spain the hourly variability of the price decreased a lot thanks to the generation mix that we have. It should be noted that the nuclear and the combined cycle gas turbine capacity guarantees high stability to the Spanish electricity system.

Which role will storage play in the coming years? Will we begin to see facilities of a certain size on the grid?

In Spain we are and will be connected to the rest of the continent with additional 6 GW of interconnection capacity planned to enter in the next few years. We have hydraulic energy and pumping. The combined cycle gas turbines and the nuclear energy ensure that there is no lack of power or stability in the grid. For the operator of the electricity system, the batteries are not a priority because facilities of a certain size are not necessary in the grid.

The future storage will be in green hydrogen, not in large batteries that are complementary and rather for local use.

Do you think that the renewable energy auctions are necessary or is it almost better that the market is developed and the market for PPAs is strengthened?

In different forums we argued that the renewable energy auctions are necessary in a certain context. For example, on an island or in an area depressed by the exit of the coal.

In the case of the photovoltaic energy production, we see that it is very efficient and competitive. We have to trust the market that will gradually assimilate the necessary PV.

The auctions can distort the future market prices that are the basis for the investments.

The State must encourage the renewable energy demand, the demand for green energy. The electric transport and everything related to the production and distribution of green hydrogen for transport and industry.

The security of supply is a good that will be essential. We saw high price peaks, tensions and even blackouts like those of California. What is being done wrong? Should the life of the nuclear power plants be extended so as not to relapse into these tensions?

The nuclear power plants must above all be safe and also profitable for the owners. In the future, when they all close, there will be no stability problems, no tensions, or very high prices. As we said before, we have a very robust electricity generation mix.

If the owners and control bodies consider that the nuclear power plants are safe, their life can be extended, if they are profitable and if the market price allows it.

I think that in general in Spain things have been doing well in recent years. Changes must be made but little by little, so that the market can assimilate them.

Are we forgetting zero or negative prices with the solar energy?

There are times that those of us who are dedicated to the electricity sector think that the electricity demand of the Spanish system is the ceiling and that it will be overflowed with the renewable energies.

The ceiling of the system is the general consumption of primary energy that in the future should be clean, without polluting gas emissions.

In the future we must go from being net importers of fossil fuels and electricity to being exporters of green energy in the form of hydrogen and renewable electricity.

Which role will green hydrogen play in Europe in general and in Spain in particular?

The green hydrogen is the future and the continuation of the photovoltaic energy revolution. In southern Spain, we have the largest solar resource on the continent and it must be fully exploited. As we said before, all possible excess renewable electricity must be channelled into producing green hydrogen.

The green hydrogen must replace the consumption of fossil fuels in transport and industry if the continent is aimed to be free of polluting emissions by 2060.

There is already talk of greater environmental taxation, how can this affect your models? Will it affect prices a lot?

All the changes must be incorporated little by little to avoid that some sectors are affected. It is necessary to have clear guidelines for the future.

If the market can assimilate this increased taxation because it is done progressively, without sudden jumps, the prices will not be affected because the balance will be maintained.

Where will the price of CO2 go?

The CO2 is a clear example of environmental taxation that was key to the development of the renewable energies and to penalise the consumption of polluting fossil fuels.

We believe that, to maintain the stimulus for the renewable energy investment, the CO2 emissions price will continue to rise.