AleaSoft, January 7, 2020. Portugal will hold a second auction of renewable generation capacity. Approximately 700 MW of photovoltaic solar capacity are expected to be awarded. In this way the country plans to meet its objectives set for 2030 and 2050 in the European fight to combat climate change.

Portugal pledged to achieve the carbon neutrality by 2050 as part of the European effort to combat climate change and under the Paris Agreement. This is established by the Integrated National Energy and Climate Plan (NECP) of that country. The document lists eight national objectives for 2030, among which is objective 3 that aims to strengthen the commitment to renewable energies and to reduce the country’s energy dependence.

To increase the installed national capacity of electricity generation with renewable energies, the country implemented a system of licensing auctions for the energy production from renewable sources, focusing mainly on solar energy.

The first of these auctions was already held last year at the end of July with results that reached historical records, when one of the auction blocks was awarded at €14.76/MWh. At that time, a total of 1.4 GW was auctioned. Now Portugal prepares a new auction, with the same rules and conditions as the previous one. This time the auctioned capacity will be around 700 MW.

To meet the objectives by 2030, the Portuguese government intends to grant between 6 GW and 7 GW of new solar photovoltaic energy capacity until 2027, for which it plans to hold two annual auctions from 2020.

As in the previous auction, the award will involve two possible modalities: the first, which requires the signing of a PPA between the builder and a buyer with the payment of a counterpart to the system, and the second, which involves a guaranteed price during 15 years. At AleaSoft it is considered that in order to be able to make decisions in this scenario it is essential to have reliable long‑term electricity market price forecasts. 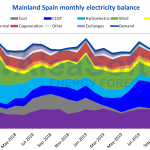 2019: Good year for the European renewable energy production that favoured the decrease in pricesNews 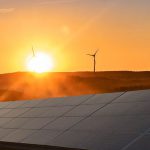