AleaSoft, April 12, 2021. The low temperatures registered in the centre of the continent due to the cold snap, together with the return after the Easter festivities, allowed the recovery of the electricity demand. This increase in demand, combined with the gas and CO2 prices that continue to rise, brought a general increase in prices in the electricity markets. The exception was Germany, where the increase in wind energy production managed to moderate the prices.

For the week of Monday, April 12, the AleaSoft‘s solar energy production forecasting indicates that the production will decrease in the Spanish market and in the Italian market. On the contrary, an increase in production is expected in the German market. 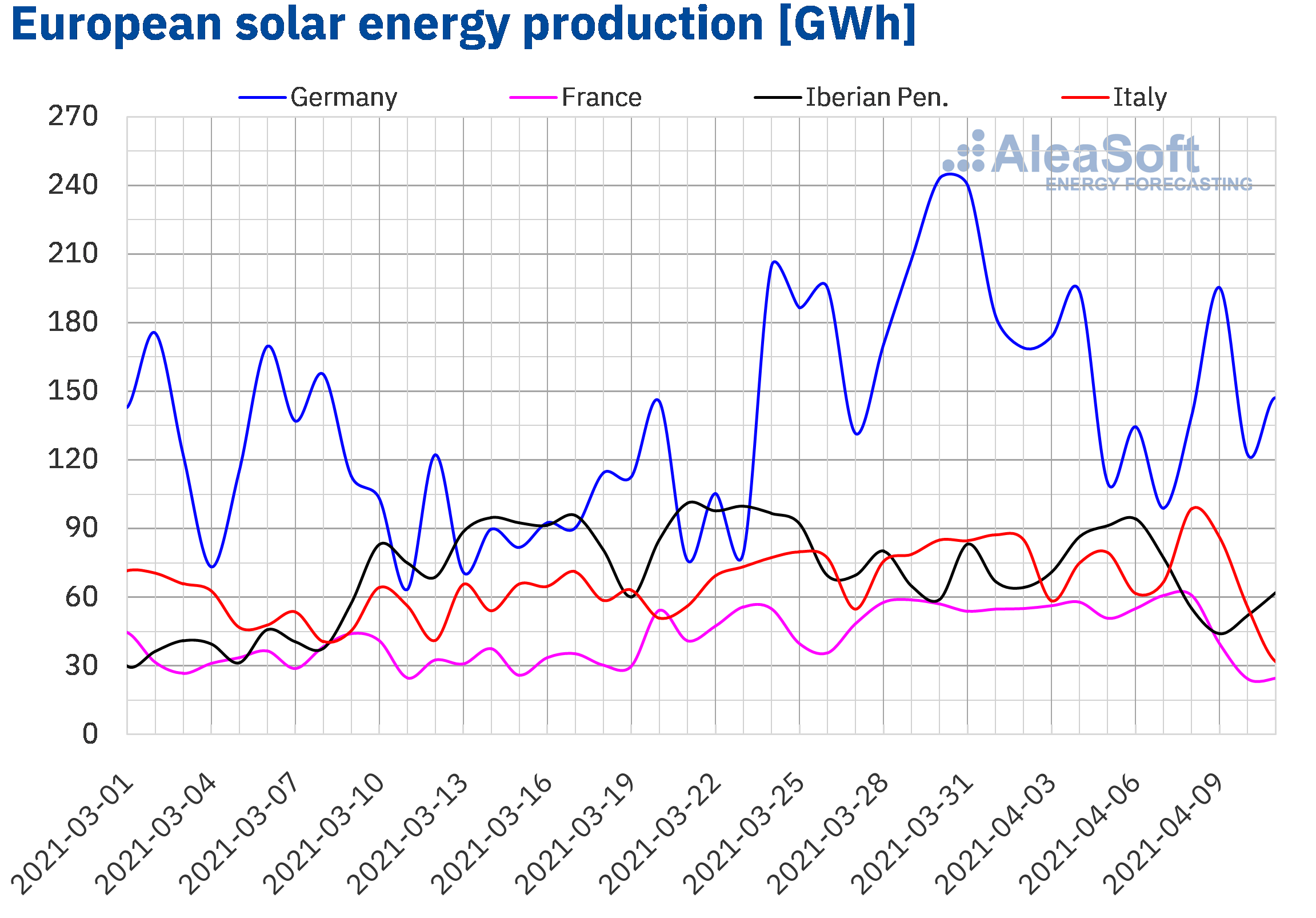 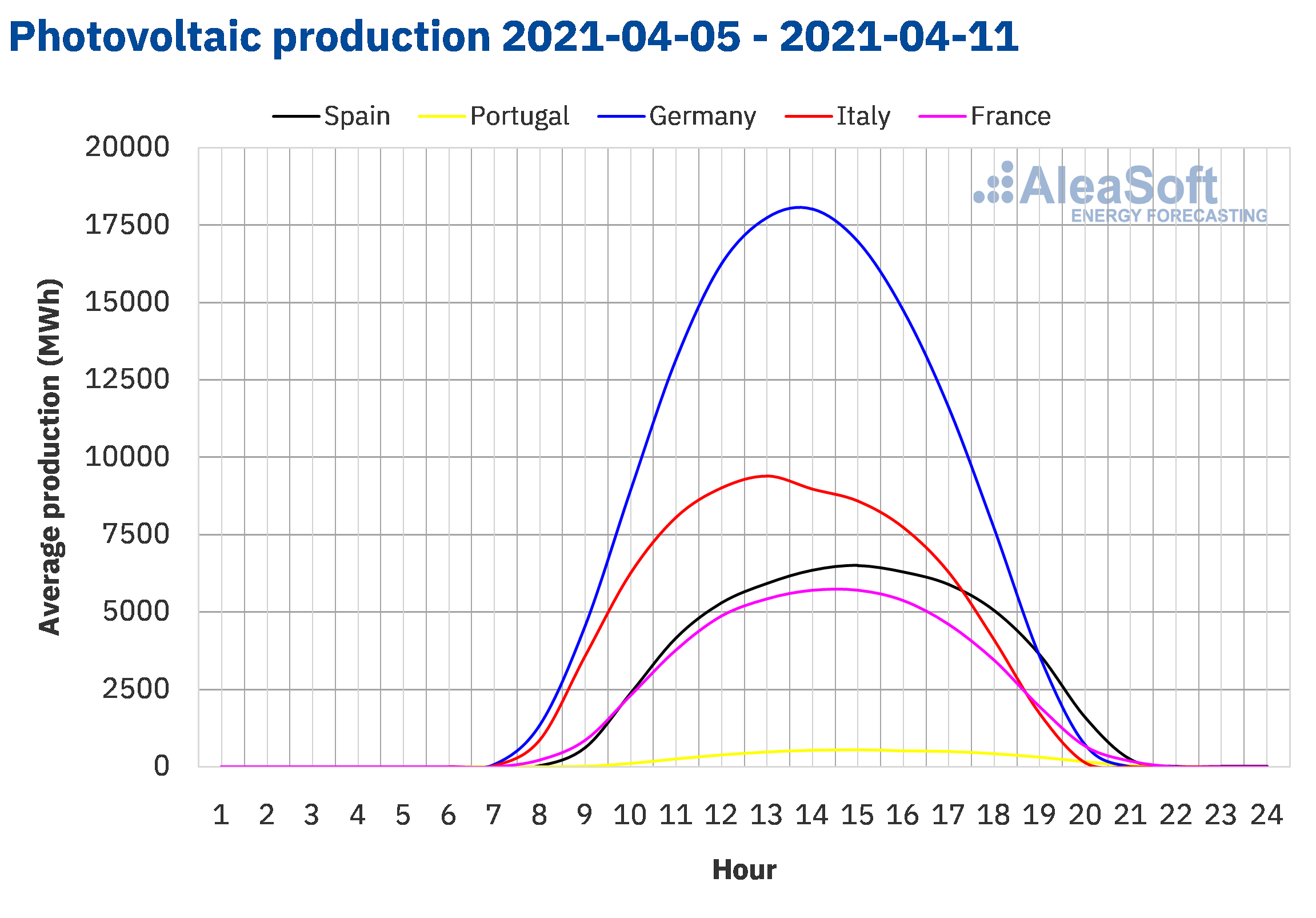 During the week that ended last Sunday, April 11, the wind energy production fell compared to the previous week in the Iberian Peninsula. Little variation was registered in the French market, with a slight drop of 0.2%. On the contrary, in the markets of Germany and Italy, the production with this technology grew by 72% and 23%, respectively. 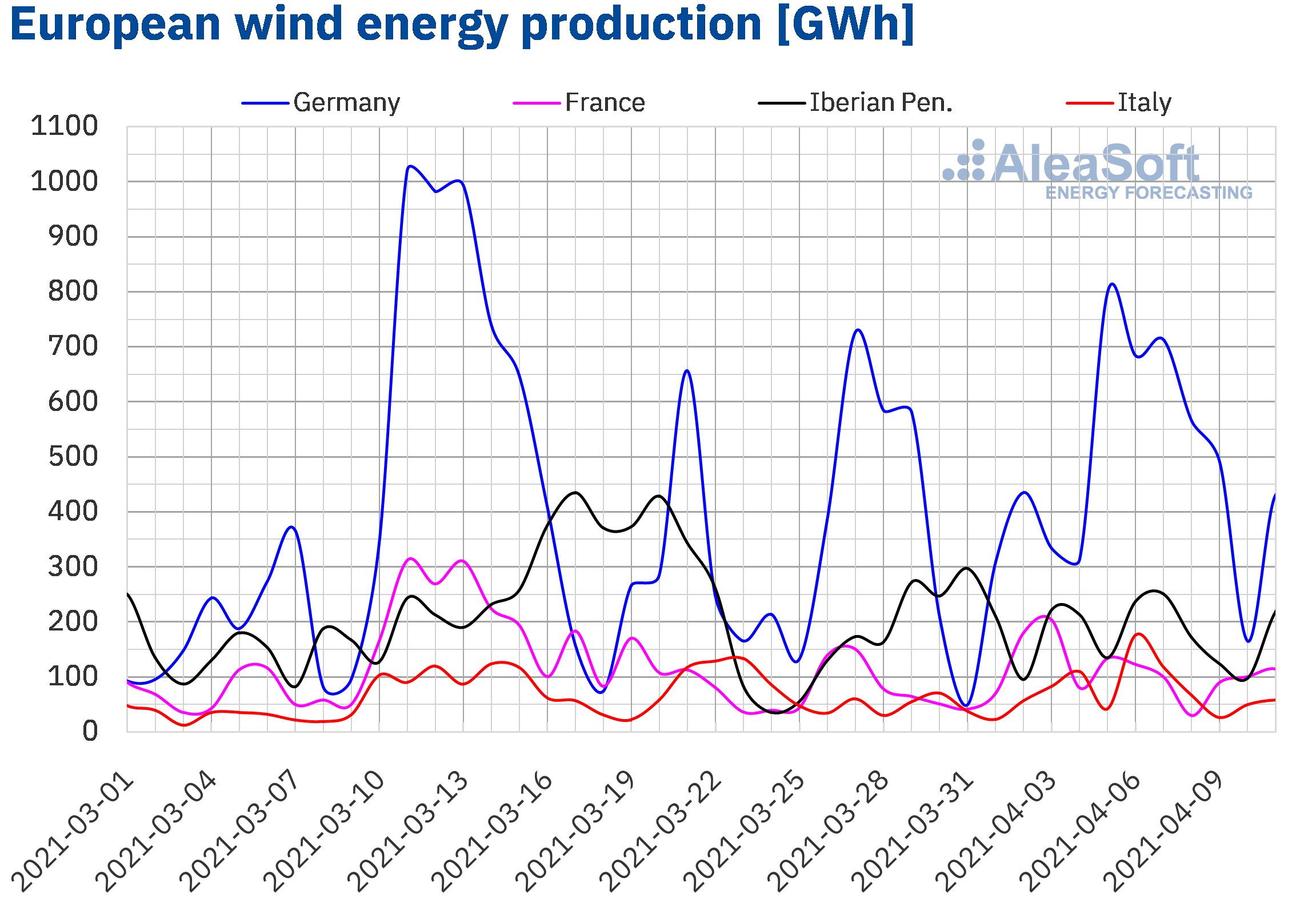 The electricity demand increased during the week of April 5 compared to the previous week in all European electricity markets. As mentioned in the AleaSoft’s analysis of March 22, the drop in temperatures and the drop in work activity during Easter, the week of March 29, were the main causes of this increase. Regarding the first factor, the most notable decreases were in Belgium, Germany and France, with differences between 4.4 °C and 6.7 °C. This caused a rise in demand in the French market, very sensitive to the changes in temperature, of almost 13%. On the other hand, in Italy there was a slight drop in demand, lower than 1.0%.

The AleaSoft‘s demand forecasting indicates an increase in most of the electricity markets in Europe for the week of April 12. 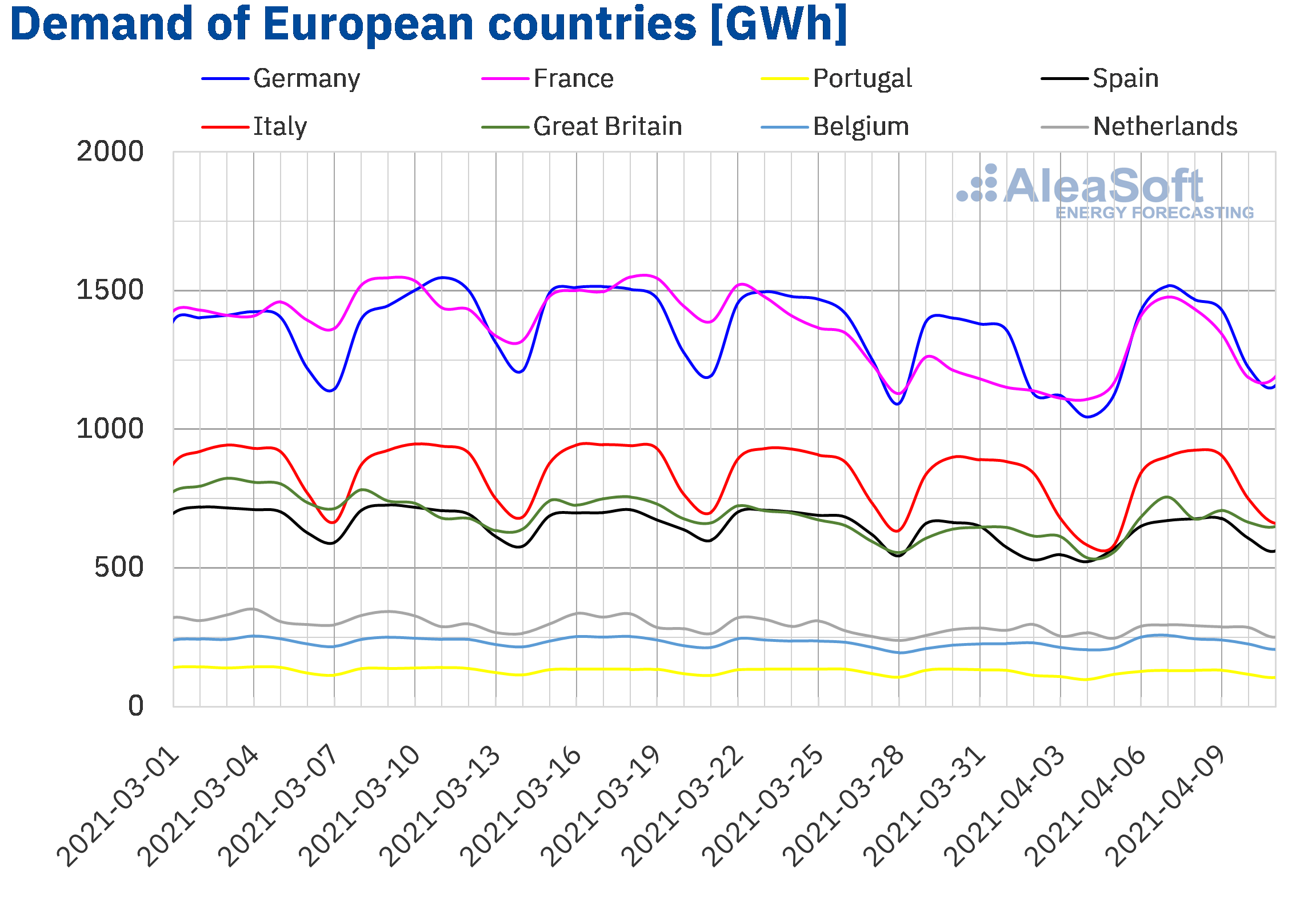 On the other hand, on April 5, Easter Monday, negative hourly prices were reached in the markets of Germany, Belgium and the Netherlands. The lowest hourly price, of ‑€60.00/MWh, was reached at hour 16 in the Belgian market. This price was the lowest in this market since April 2020. The price of the hour 24 of April 7 in the French market, of €163.77/MWh, also stands out, being the highest in this market since September 2020. 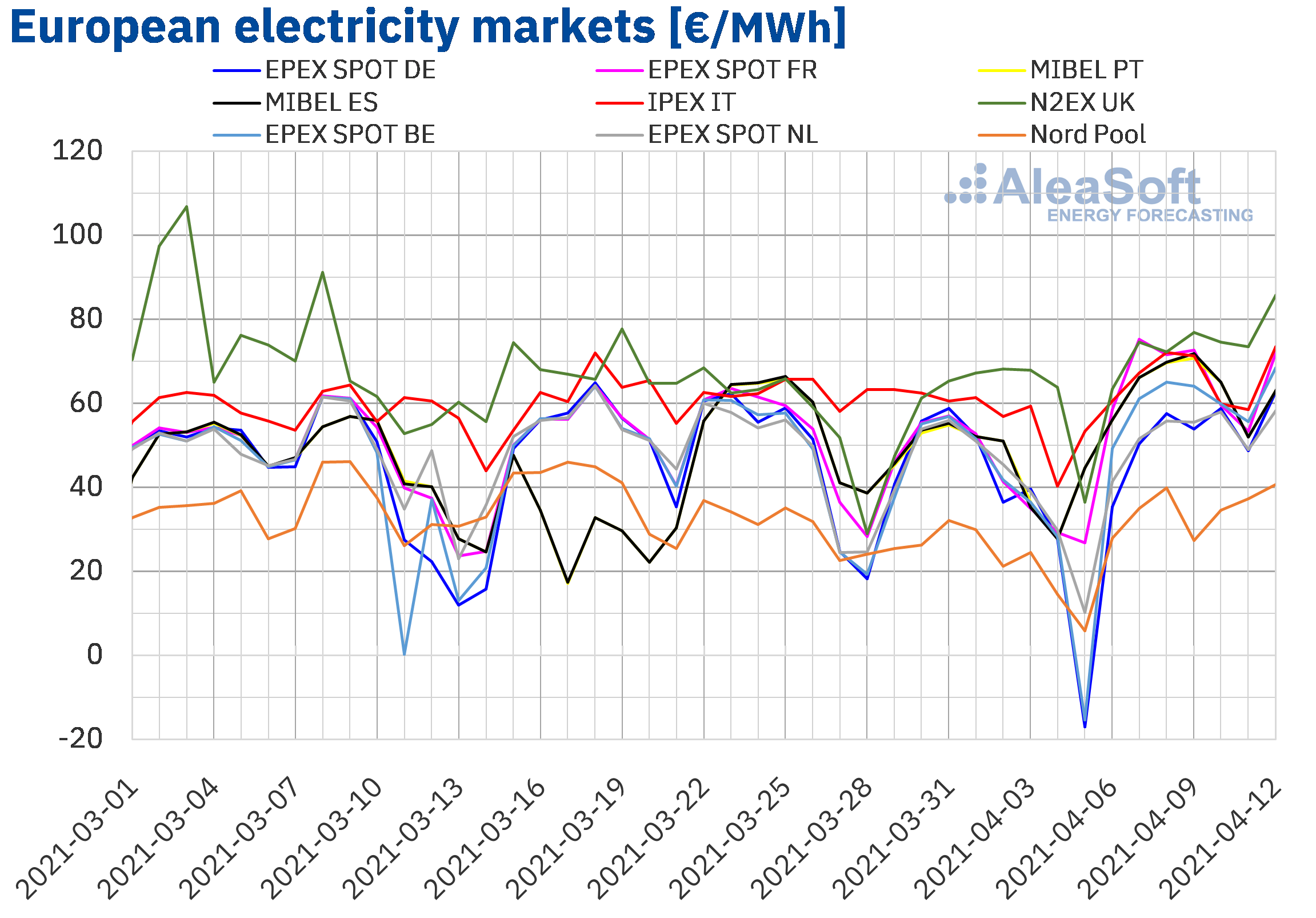 The AleaSoft‘s price forecasting indicates that the week of April 12, the prices, in general, will continue to increase favoured by the increase in demand and the decrease in wind energy production in most markets. 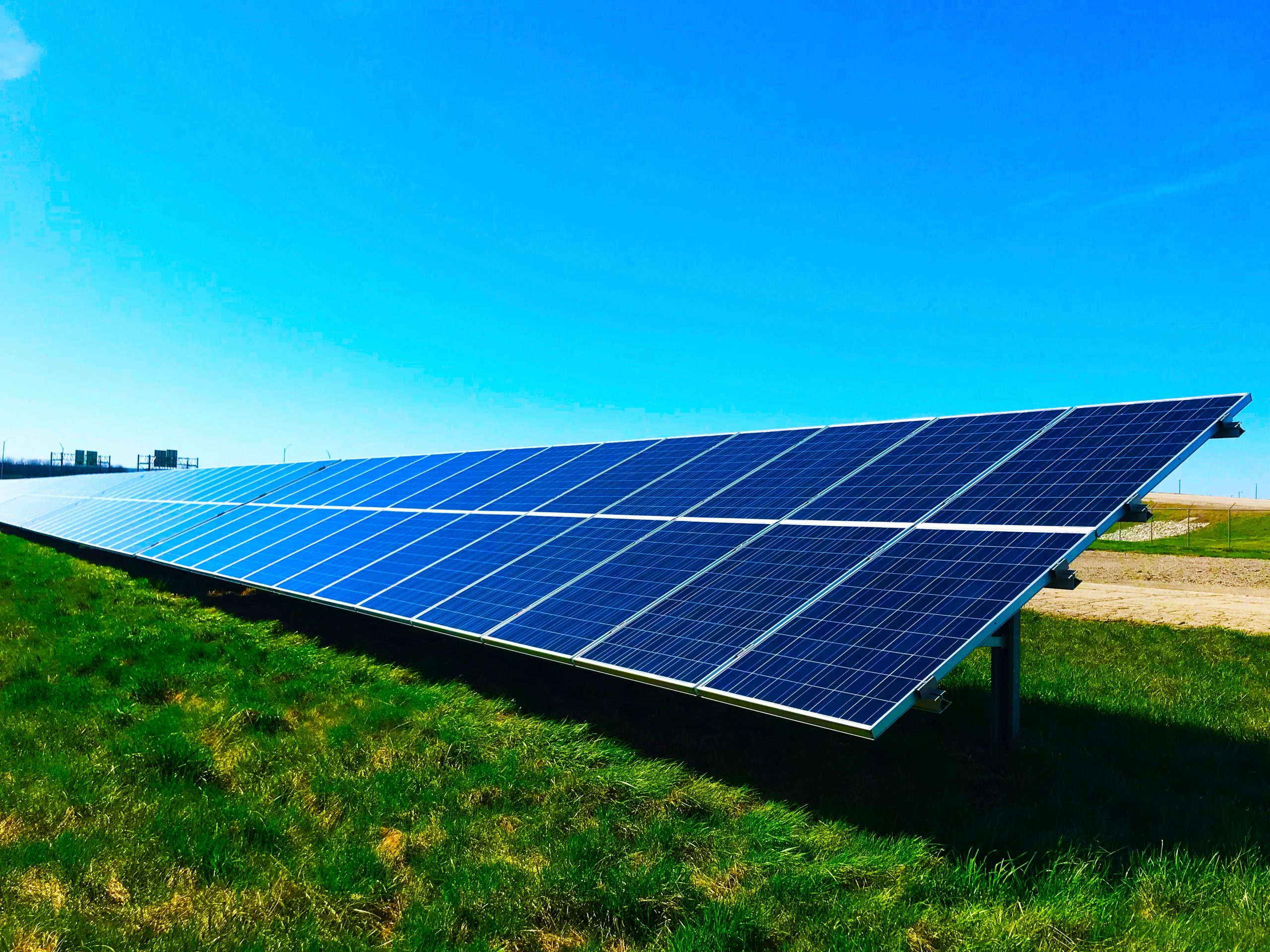 The electricity futures prices for the next quarter registered a general upward behaviour in all the European markets analysed at AleaSoft, if the settlement prices of the sessions of April 1 and 9 are compared. In the ICE market of the Nordic region it increased by 11%, while in NASDAQ, comparing March 31 with April 9, the rise was 2.9%. In the rest of the markets, the price increase remained between 1.9% and 0.2%.

Regarding the electricity futures prices for the next year 2022, the behaviour of the markets was more heterogeneous. While in France, Germany, Italy, Belgium and the Netherlands they decreased between 0.1% and 0.9%, in the rest of the analysed markets they increased between 1.0% and 3.4%. The ICE market of the Nordic region also stands out in the rise of these products with an increase of 2.5%, while in the NASDAQ market of the Nordic countries, comparing Wednesday, March 31, with Friday, April 9, the growth in the price was 3.4%.

During the second week of April, the settlement prices of the Brent oil futures for the month of June 2021 in the ICE market remained above $62/bbl. But, in general, they were lower than those of the previous week. The maximum settlement price of the week of $63.20/bbl was reached on Thursday, April 8.

The concern about the increase in COVID‑19 infections exerted a downward influence on the oil prices due to the effects on the demand of the new restrictions to slow the advance of the pandemic. In addition, a possible agreement between the United States and Iran might mean an increase in supply worldwide.

However, on April 1, the OPEC+ agreed to start increasing its production levels from May, assuming that the demand will increase in the coming months.

As for the TTF gas futures in the ICE market for the month of May 2021, on Tuesday, April 6, they reached a settlement price of €19.78/MWh, 6.2% higher than that of the previous Tuesday and the highest in the last two years. However, the rest of the week the prices fell and on Friday, April 9, the settlement price was €18.94/MWh. The maintenance work in Norway’s main oil and gas fields, as well as the evolution of the temperatures, may continue to influence the gas prices in the coming days.

Regarding the CO2 emission rights futures in the EEX market for the reference contract of December 2021, on April 6, they reached a price of €44.24/t, the highest of at least the last nine months. But, subsequently, the prices fell to register the weekly minimum settlement price, of €43.49/t, on Thursday, April 8. This price was still 2.4% higher than that of the previous Thursday. 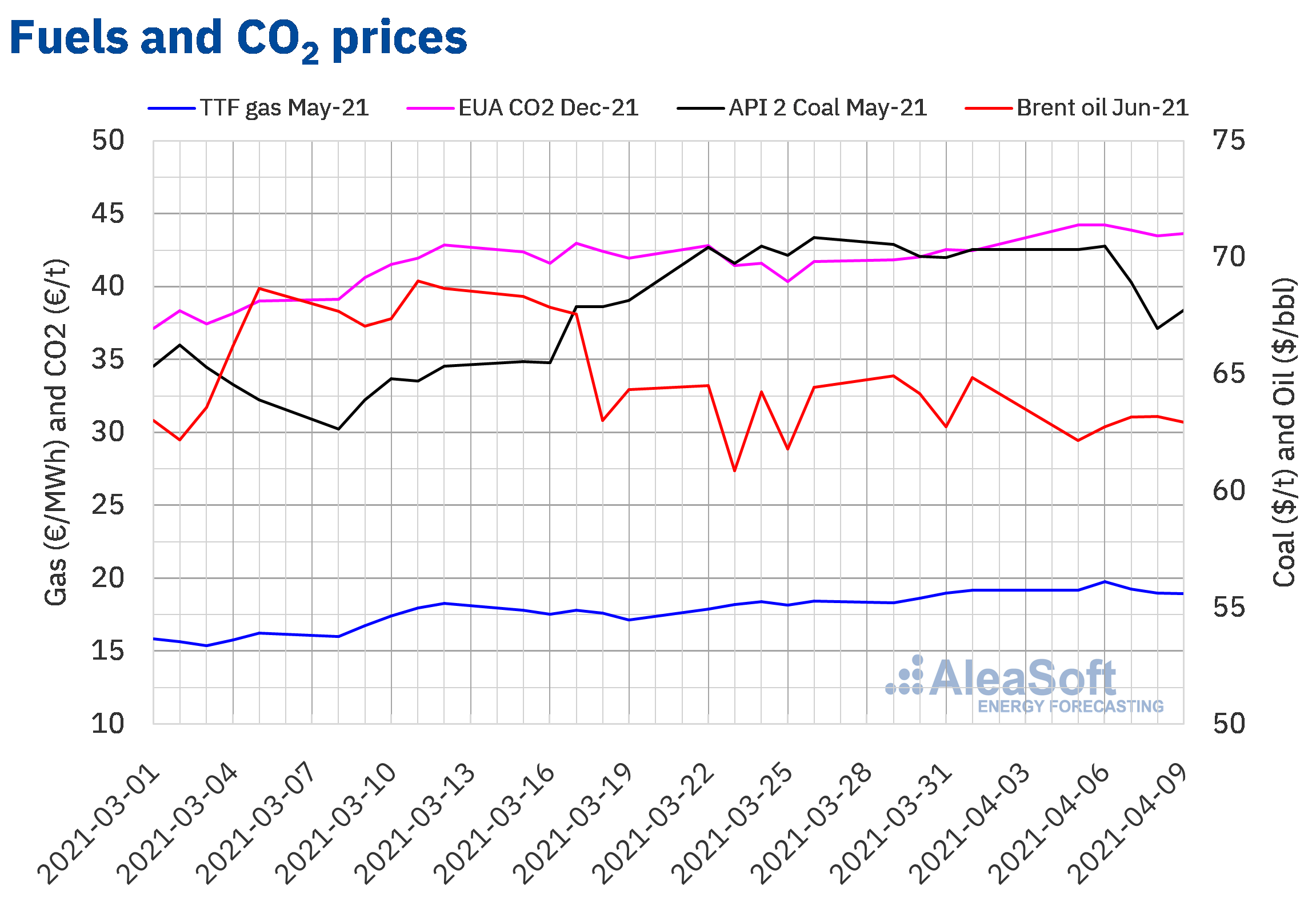 Next Thursday, April 15, the second part of the webinar “Prospects for the energy markets in Europe. Spring 2021” will be held, organised by AleaSoft and with the participation of two speakers from Axpo: Fernando de Juan Astray, Head of Origination and Long‑Term Products at Axpo Iberia, and Ana Manzano, Originator Long‑Term Products at Axpo Iberia, together with Oriol Saltó i Bauzà, Manager of Data Analysis and Modelling at AleaSoft. They will be joined by Antonio Delgado Rigal, CEO of AleaSoft, at the subsequent analysis table.

During the webinar, the prospects for the energy markets will be analysed both in the medium and long term, the new players in the financial markets to absorb the demand for financing given the expected avalanche of installed capacity, the taking of position of the large stakeholders worldwide regarding the climate change and how the Corporate PPA can be a solution for both the industry and the development of the renewable energies.

In order to have a clear vision of the future of the energy markets, it is necessary to have hourly markets prices forecasts both in the medium and long term. The probability distributions of the future prices based on a reliable and quality forecasting are an essential input for the risk management models, for the hedging and for the planning.

PrevAnteriorFilomena, the gas and the CO2 lead the electricity markets prices to pre-COVID 19 levels in the first quarter
Siguiente“The investment necessary to achieve the renewable energy objectives of the NECP may come from the international investment funds”Next
Menu
Facebook-f Twitter Linkedin