“The PPA is much more than getting a good price”

AleaSoft, February 19, 2021. The importance of the PPA is not just about getting a good price. The fundamental characteristic of a PPA is that it is a risk management tool, both for the consumer and for the producer. The PPA allow mitigating the market prices risk and the developers are guaranteed an income stability that helps them increase their chances of obtaining financing with greater leverage.

What is most usually highlighted of a PPA is the price agreed between both parties. Although it is something that in most agreements is kept confidential, it tends to be highlighted how advantageous that price is for the consumer, compared to the spot market prices at that time. This was one of the topics analysed at the webinar of AleaSoft “Prospects for the energy markets in Europe from 2021 (III)” held on February 18, in which speakers from Engie participated.

But for the experts from Engie, the most attractive feature of a PPA for a consumer is not the agreed price nor that it can lead to significant savings compared to the expected market prices. The most important thing about a PPA is that it assumes a mitigation or elimination of the market prices risk, so the PPA contracts must be understood as a risk management tool.

When negotiating a long‑term energy purchase agreement, the mindset should not be getting the cheapest possible price, but rather getting a price for which the financial model estimates the expected return, taking into account that this will be a firm price without the risk of the volatility of the spot or futures market prices.

Furthermore, this premise is also valid for the producer. The main reason for being of a PPA is to achieve security in terms of income and cash flows of the electricity generation facility, which will make the project more likely to be financed or that this financing will be with a higher leverage. This makes the PPA a win‑win agreement that allows both parties to have a risks mitigation and certainty about long‑term future costs and income.

Thus, it must be understood as a risk hedge and not as a trading tool. “You don’t have to look back to see what you would have saved in the market without the PPA, you have to look to the future and understand that the market prices risk was eliminated”, the experts commented during the webinar.

After the results of the renewable energy auction held in Spain on January 26 were published, there was much talk about whether the PPA prices from now on will tend to approach €24.47/MWh of the average price resulting from the auction. During the webinar, the differences between the PPA and the auctions, how they are two different types of product and why their prices are not comparable were analysed in depth.

Among the main differences between classic PPA contracts and the REER (Renewable Energy Economic Regime) of the auctions that explain the price differences between them, are facts such as the additional complexities of a PPA and the extra guarantees that it requires, the shorter mean duration of a PPA versus 12 years of REER, or the possibility of leaving the REER before the stipulated period and that is not possible in a PPA.

The complex but robust PPA

The PPA are complex contracts. The price is a small part of the contract that must contain: guarantees, termination, regulatory changes, etc. They are robust contracts that must include guarantees on all possible future situations that make the unilaterally early termination difficult. 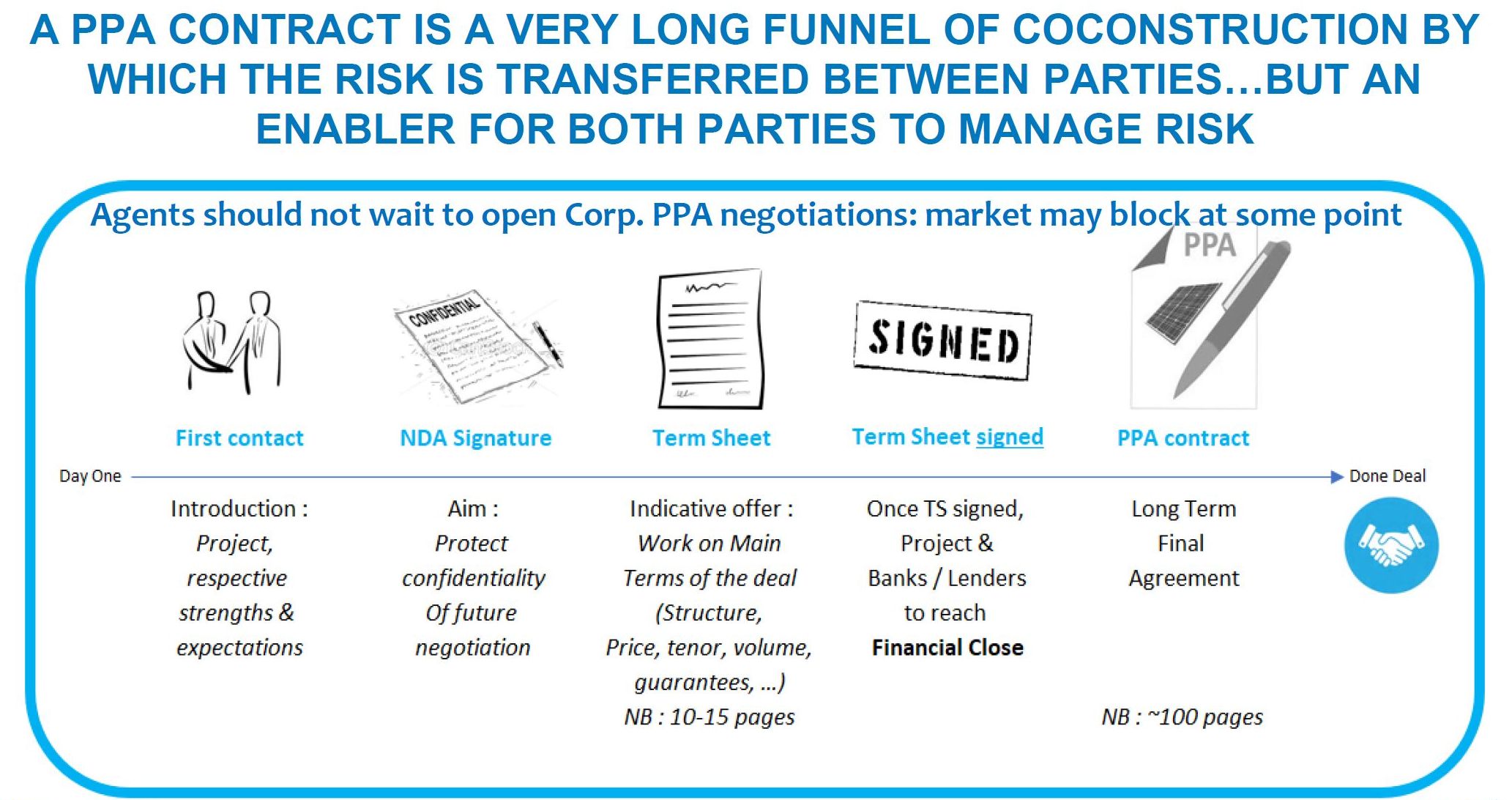 “There is no PPA like another”, was commented in the webinar. Negotiating a PPA is a long process that involves many parties. In addition to producer and consumer, there may also be the figure of the utility in between. This will be the one that will allow the facility’s production curve to be adapted to the final consumer’s consumption curve. In addition, it will absorb the deviations and it will provide guarantees.

As a result of the attendees’ questions, the importance and the need to have long‑term hourly market prices forecasting as an essential input of any financial model to estimate costs or income during the duration of the contract or the facility lifetime.

The following AleaSoft’s webinar “Prospects for the energy markets in Europe. Spring 2021” is being organised for March 18 and this time there will be speakers from EY (Ernst & Young).

At AleaSoft long‑term prices curves reports are offered that have complementary services associated with them to advise on their use. In addition, a wide variety of reports for the energy sector covering the main markets in Europe are offered.