The price escalation of Brent, gas and CO<sub>2</sub> continues without giving a breath to the European electricity markets 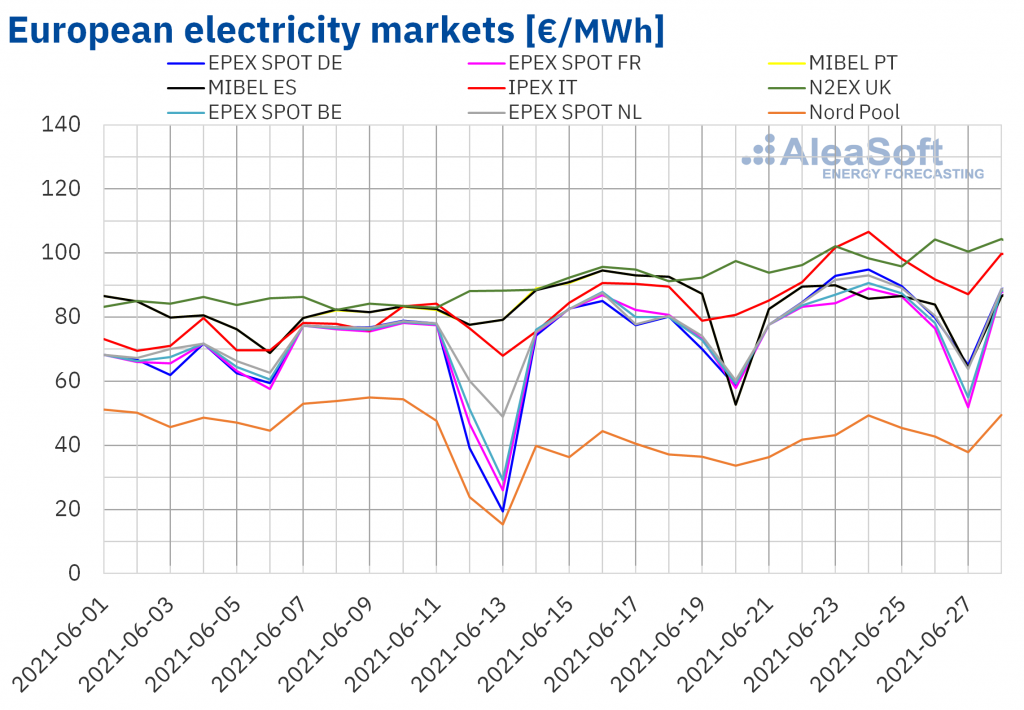 AleaSoft, June 28, 2021. During the fourth week of June, Brent and gas prices registered all‑time highs and those of CO2 once again exceeded €55/t. In this context, the European spot and futures electricity markets prices continued to rise. The increases were also favoured by lower renewable energy production in some markets. However, in the […]

Beyond alarming headlines, there is a coherency in the electricity markets prices

AleaSoft, May 7, 2021. The specific situations, and especially if they are exceptional, may not reveal the general context. At AleaSoft, the exceptional nature of the current high price situation in the energy markets, both of electricity and of gas and CO2,  will be analysed in the next webinar and will be framed within the […]

What is necessary for everything that can be smart to be smart in the energy sector?

The various options for the purchase of energy in the long term: from the self consumption to the PPA 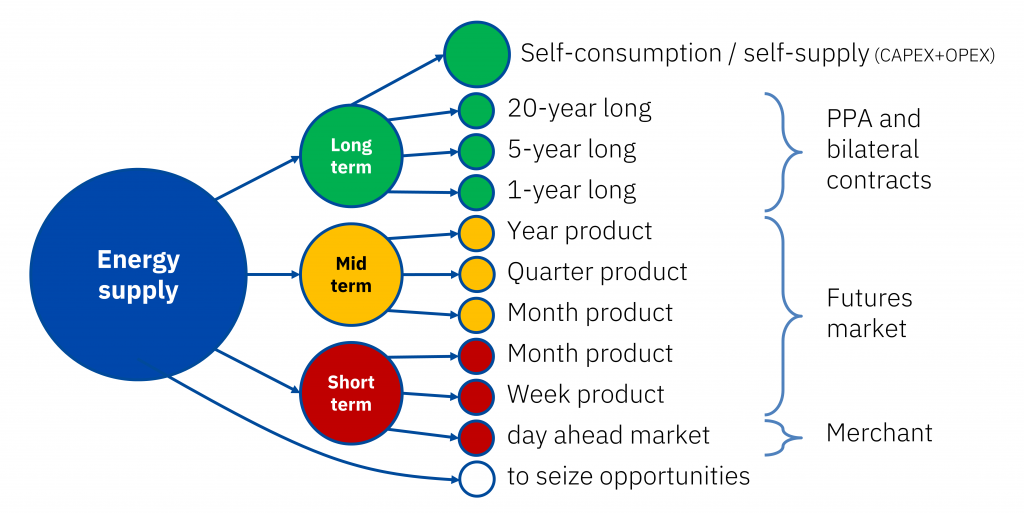 AleaSoft, March 9, 2021. For the electrointensive industries, the large energy consumers, having a strategy for the purchase of energy is a must. The cost of the energy is the main component of their production costs, so they must analyse all the possibilities at their disposal to minimise the market prices risk. In an internal […] 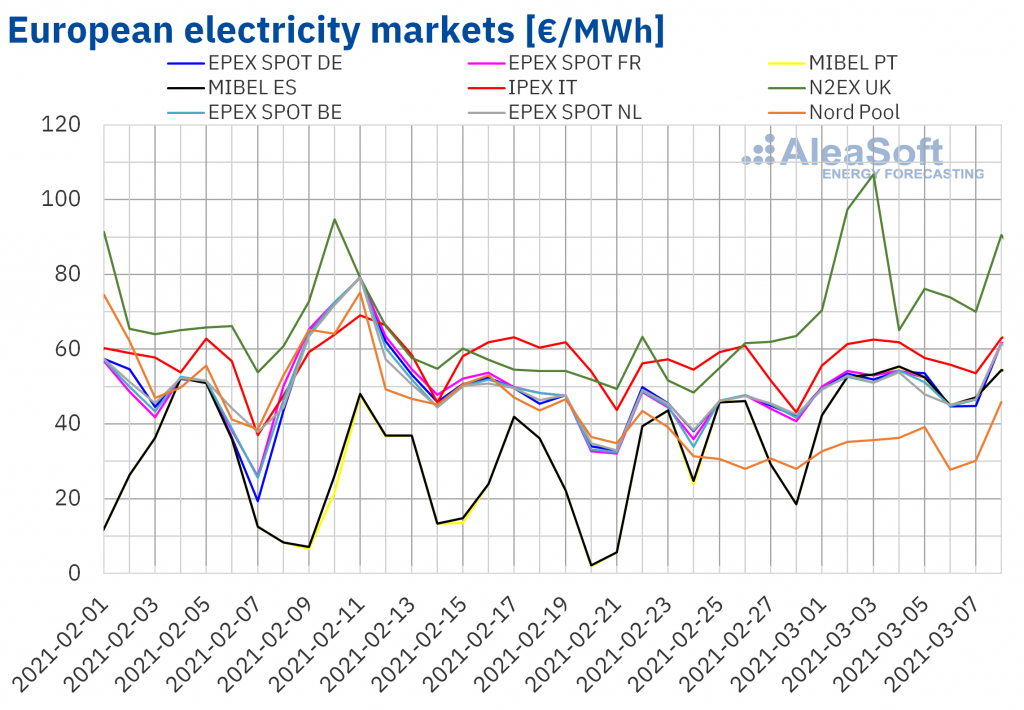 The interconnection with France: the big battery of the peninsular electricity system

AleaSoft, March 5, 2021. The interconnections with France through the Pyrenees are, for the moment, the only link with the European electricity system. This critical point of the peninsular electricity system plays a very important role during the episodes with high wind energy production in the Iberian Peninsula, and it will play an even more […] 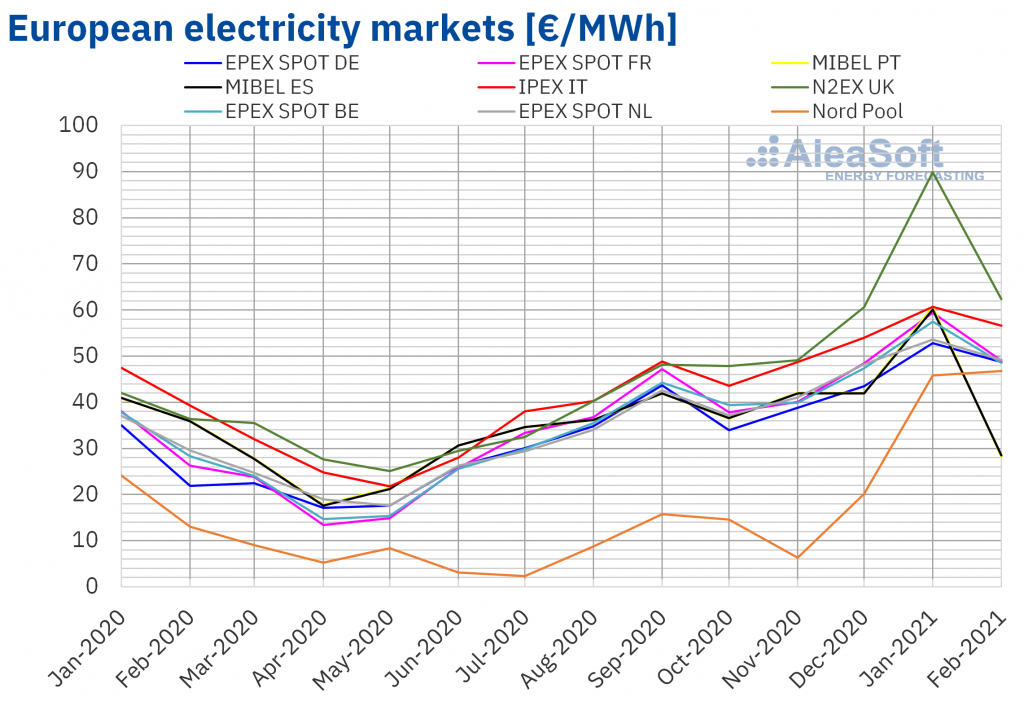 AleaSoft, March 1, 2021. The average price of most of the European electricity markets exceeded €45/MWh in February, increasing year‑on‑year but decreasing compared to January, similarly to the demand and in line with the variations in wind energy production. However, the MIBEL market remained below €30/MWh. MIBEL did not have the lowest monthly price in […]

AleaSoft, February 26, 2021. The scheduled solar photovoltaic energy production in Spain reached a historical record in one hour of February 23. Although the real‑time data indicate that the registered production was lower, the levels were similar to those of some hours of May and September 2020, months in which the solar radiation is higher. […] 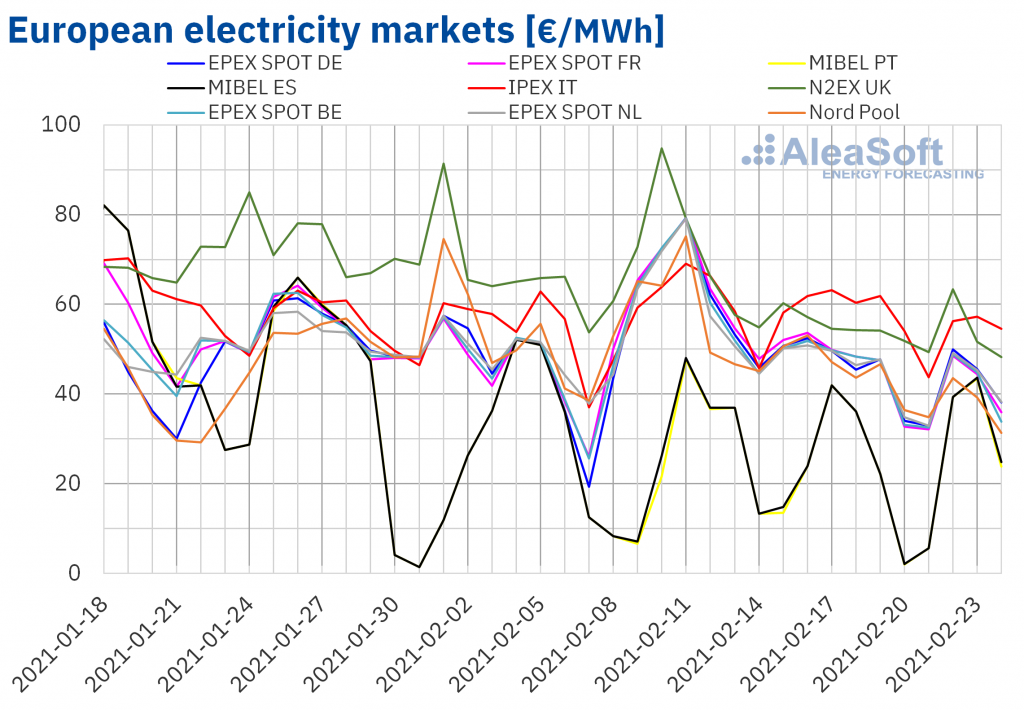 AleaSoft, February 24, 2021. The MIBEL electricity market has been registering the lowest prices in Europe for several weeks. One of the causes of this behaviour is the high wind energy production, which reached an average production record of over 9000 MWh for 100 consecutive days. Since January 23, 2021, the MIBEL electricity market of Spain […] 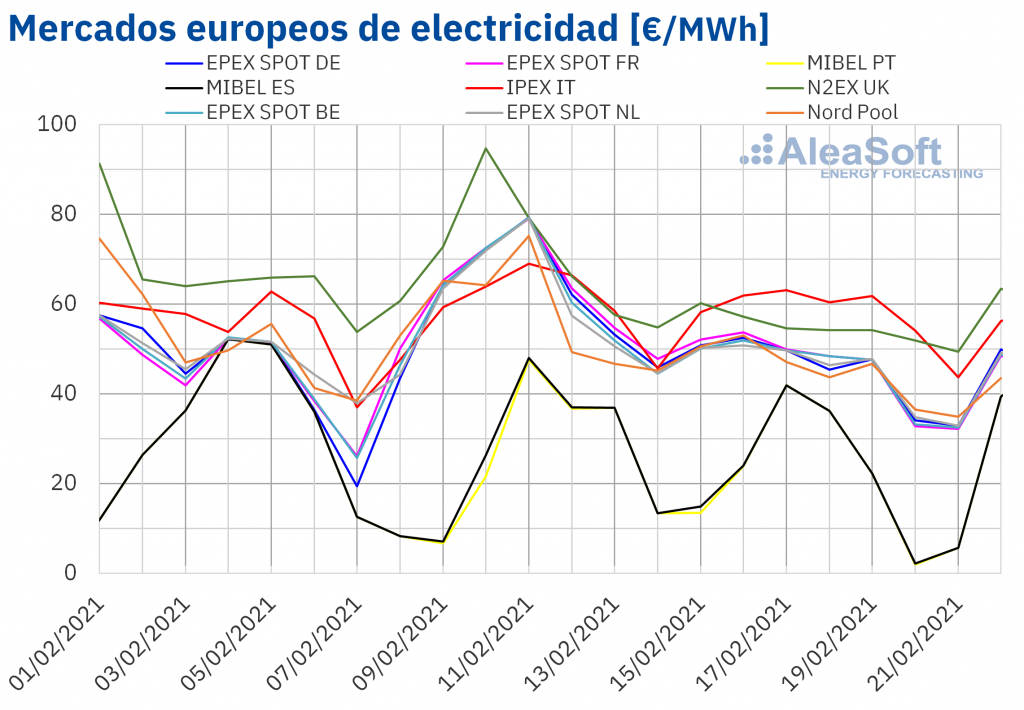 AleaSoft, February 22, 2021. The European electricity markets prices fell in a generalised way in the third week of February, due to the fall in demand and the increase in solar and wind energy production. The MIBEL market was the one with the lowest prices throughout the week, which happened almost every day of the […]

“The PPA is much more than getting a good price” 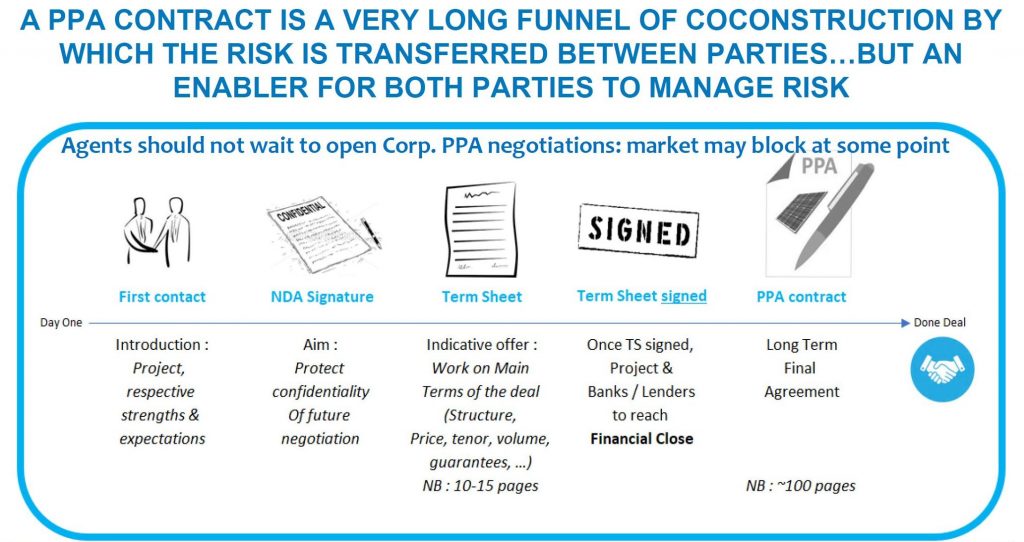 AleaSoft, February 19, 2021. The importance of the PPA is not just about getting a good price. The fundamental characteristic of a PPA is that it is a risk management tool, both for the consumer and for the producer. The PPA allow mitigating the market prices risk and the developers are guaranteed an income stability […]