AleaSoft, July 31, 2019. Now that it is fifty years since the first time the human being set foot on the moon, it should be remembered that some of the technologies that were used in those space travels, such as photovoltaic or hydrogen fuel cells, are the technologies that are currently leading the energy transition.

Among the topics that are most talked about and discussed at this time in the energy and environmental sectors are renewable energy, photovoltaic, electric vehicles or fuel cells that use hydrogen to generate electricity. All these technologies are perceived as novel, at least in their use and applications in which they are currently implemented. But, although they have improved a lot lately, these technologies have been around for a long time, working and evolving in the context of space travel practically since its beginning at the mid-twentieth century. But it seems that now the time has come for their adoption on a large scale, even in the domestic sphere.

The question that arises immediately is why, if these technologies were already used as space technology so long ago, they have not been adopted at industrial or domestic level so far. In conditions as harsh and extreme as those experienced in outer space, outside the shelter and protection of our atmosphere, or during the strong accelerations of the takeoff of a space vehicle, technologies with characteristics somewhat different from those we used so far in our daily and terrestrial life are required. Surely, these technologies had some inconveniences that, until now, were perceived as unprofitable to invest in their implementation. Because, on the other hand, we had “cheap” fossil fuels and for which there was already a distribution infrastructure.

But, with the worsening and visibility of the effects of climate change, addressing and overcoming these inconveniences and investing in their implementation already seems to make more sense and, deep down, everyone understands that now it is worth it and hopefully it’s not too late.

One of the technologies most present in the collective imaginary when talking about space technology are the solar panels present in satellites, stations and space probes and, in general, in any object that needs energy and has to remain in space for a long time. In those cases, not having to carry with the fuel, which is a major inconvenience especially during the launch, is the best option. In addition, the longer it will remain in space or the longer it needs to be running, the more fuel must be carried.

If carrying with the fuel is not desired, then the best option is to use the energy available in that environment, and that reduces it practically to the only option of using solar energy. The largest photovoltaic panel structure used in space is the 2500 square meters of photovoltaic panels of the International Space Station (ISS). These panels provide up to 120 kW of electricity, which are enough to run all the station’s systems and charge the batteries that provide electricity when the station is in the shadow of the Earth. 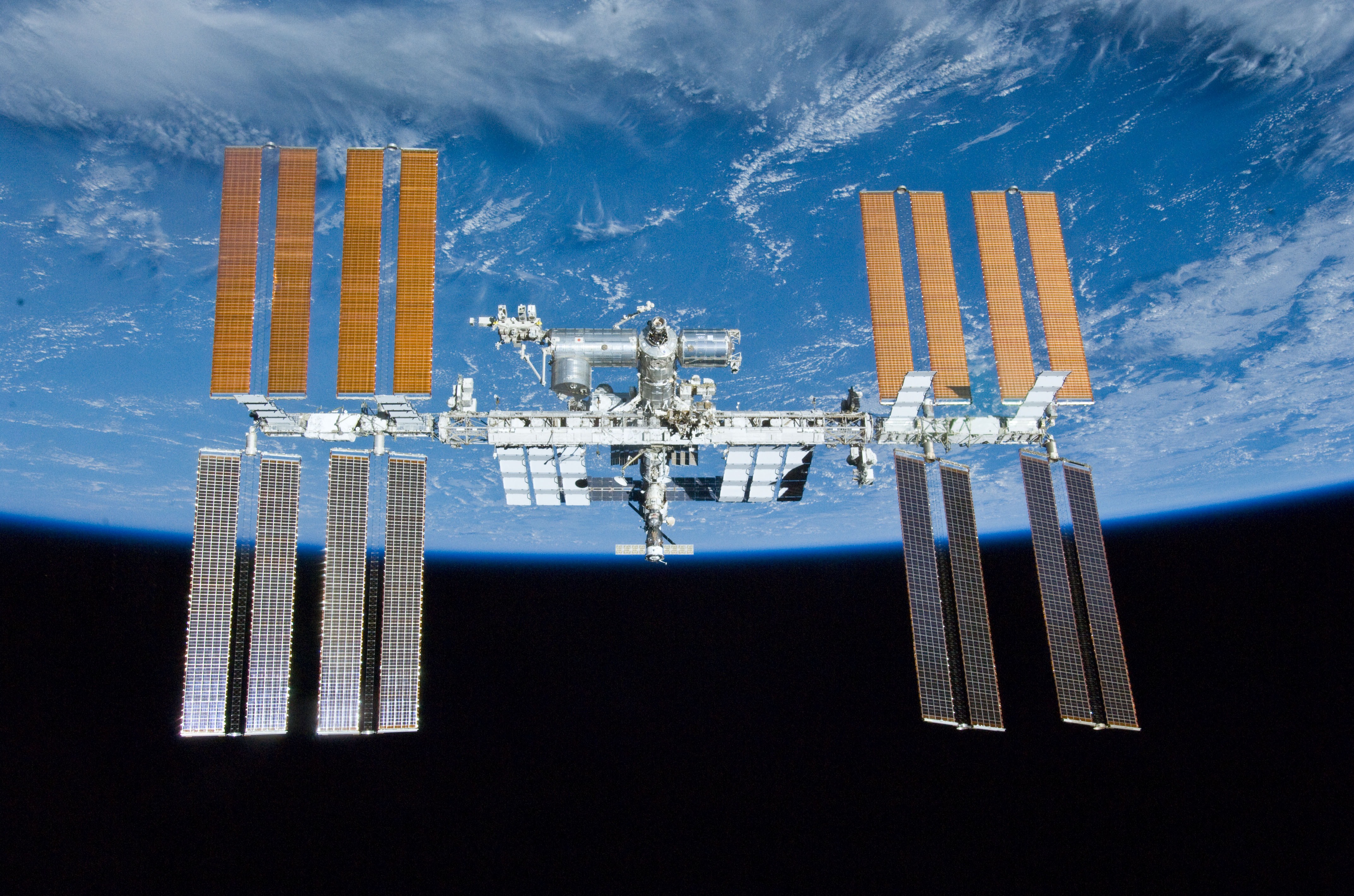 But the origin of the use of photovoltaic technology in space goes back much further, to the first artificial satellites that were launched in the 50s of the last century. The Vanguard I was the fourth artificial satellite put into orbit. That happened on March 17, 1957, just five months after the first Sputnik. At that time the silicon cells had a cost of about $300 pew W, so it only made sense to use them in conditions that needed low power, low weight and where energy was required for a long time without having to recharge the fuel. A satellite orbiting the Earth or a space probe that travelled within the Solar System were the ideal applications. The Vanguard I still orbits around the Earth and, thanks to those first space panels, it was running until 1964, while the batteries it carried provided energy for only twenty days.

But let’s put our feet back on the Earth’s surface. Here, in those early moments of the space race, generating energy, whether electric, motive or heat, from fossil fuels was much simpler and cheaper, because the technology was already developed, the fossil fuels were affordable and the fuel distribution infrastructure, which was already implemented, worked without further ado. And so it was for the next fifty years.

But, in the meantime, the photovoltaic technology was developed, its production costs decreasing and the efficiency of electricity generation increasing. So far, the costs of solar panels are a thousand times lower and have already fallen below $0.30 per W, a light-year from those $300 of the Vanguard I panels.

With these costs, photovoltaic technology has reached the point where it can compete with fossil fuel thermal power plants directly on the market, without aid, premiums or subsidies. And this is one of the most important factors that suggest that a photovoltaic revolution will begin. The plans for the development of renewable energies embodied in the National Integrated Energy and Climate Plan (PNIEC, by its acronym in Spanish) plan to install practically 3 GW of photovoltaic capacity per year until 2030. The data from Red Eléctrica de España (REE) show that, during the first half of 2019, 660 MW of photovoltaic capacity have been installed, compared to the 434 MW that were installed between 2011 and 2018. In fact, it can be said that the revolution has already begun. 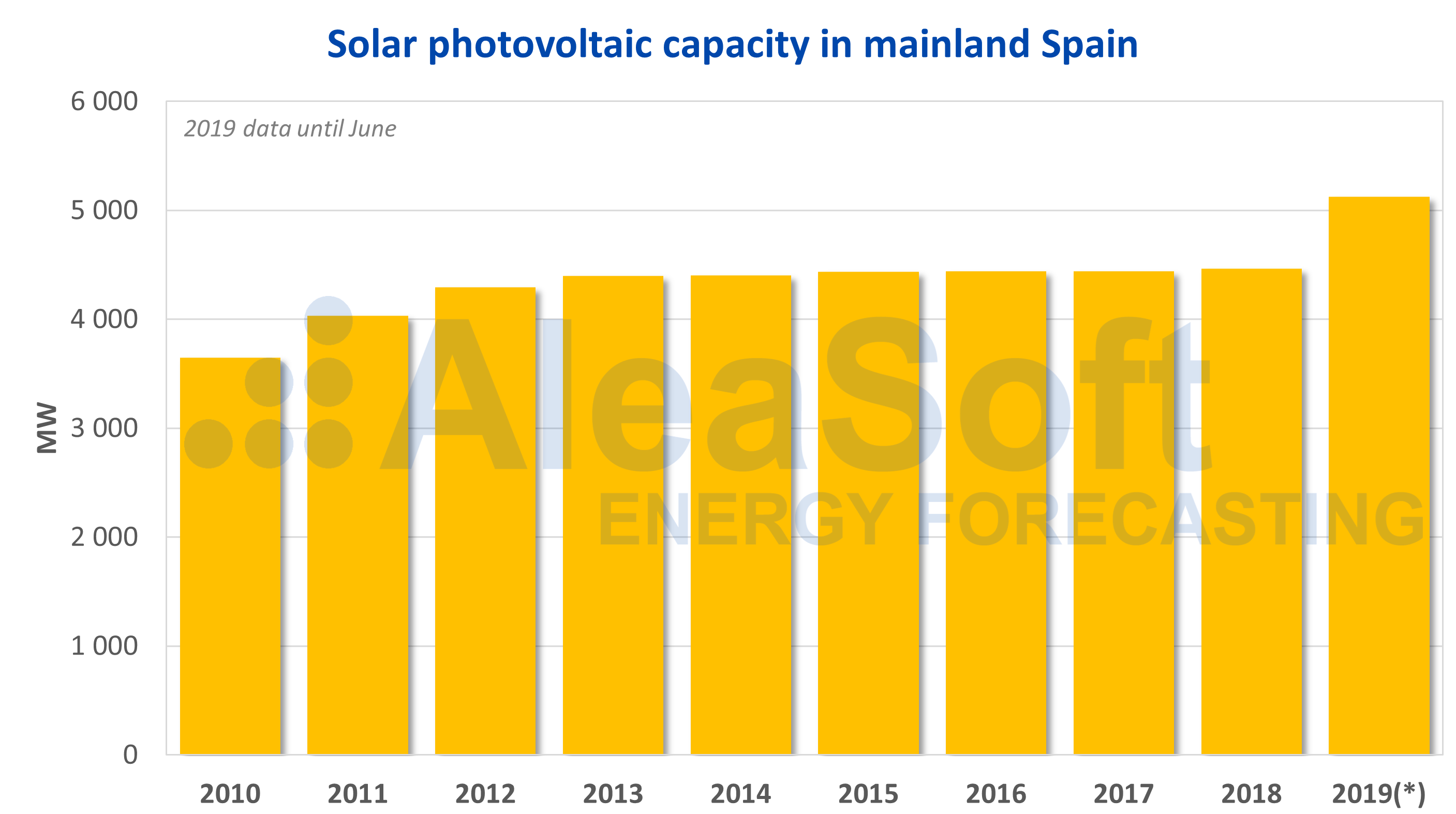 The main feature and advantage of the photovoltaic technology is that it does not emit CO2 or greenhouse gases when generating electricity, which makes this technology ideal for moving towards the European Union’s emission reduction targets by 2030. But that is a characteristic that it shares with the other commitment of PNIEC: wind energy. What makes photovoltaic particularly attractive is its modular nature.

Photovoltaic installations are basically the union of many small cells. This allows building from the large panels of the ISS or the large extensions of the ground-based plants, to small installations on the roof of an industrial building or a house. This modular aspect and the drop in cell prices make self-consumption possible and profitable.

Self-consumption can be done at virtually any level: from a single-family house, to a community of neighbours or a large industrial facility. It is for this reason that self-consumption is expected to be a fundamental pillar of the photovoltaic revolution. This will lead to a significant decentralisation of electricity generation, and it will be necessary to adapt the electricity distribution system and the electricity market, currently designed for centralised production and decentralised consumption.

The photovoltaic revolution will also be an opportunity for regions or entire countries, such as Spain and especially its southern half, which have abundant solar resources and great economic development potential.

More than sixty years have passed since the photovoltaic technology began to participate in the space race that took the human being to the Moon, until today, when photovoltaic is already leading the revolution in the electricity generation sector.