First half of 2021: period of high prices in the MIBEL market of Spain

AleaSoft, August 4, 2021. The first six months of 2021 gave much to talk about in terms of records in the European electricity markets and Spain was no exception. This market registered record historical high prices and it also had the lowest price in Europe in February. At AleaSoft, an analysis of the MIBEL market of Spain in this period is made.

In the MIBEL market of Spain, the first half of 2021 was characterised by both high and low extreme prices. At the beginning of the year, during the month of January, there was great media coverage of the rise in electricity prices. On January 8, a daily price of €94.99/MWh was reached, which, at the time, was the highest daily market price in the last 19 years. 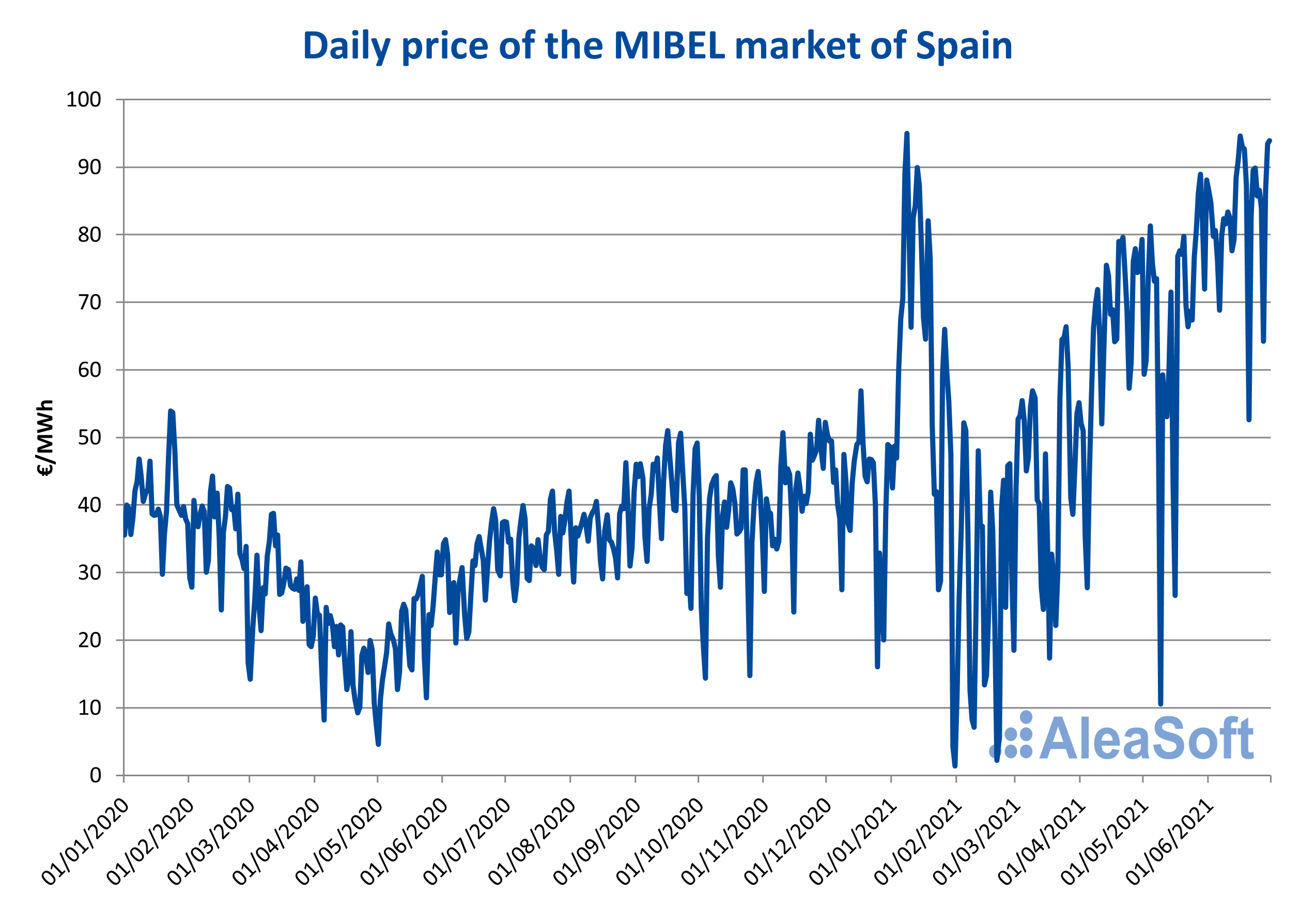 Although this scenario of such high prices occurred in the first half of January, then they fell at the end of January, marking the lowest price in this period on January 31, registering €1.42/MWh that day. During February, prices fell and something unusual happened in the European markets, which is that the MIBEL market of Spain had a monthly average price of €28.49/MWh and it was the market with the lowest price in Europe in that month, even below of the Nord Pool market of the Nordic countries.

In the following months, prices began an upward trend, mainly driven by gas and CO2 emission rights prices. This behaviour was maintained throughout the rest of the period, until the month of June marked what was at that time the highest monthly average price in history, of €83.30/MWh.

The electricity demand in Spain reached daily highs in January that were not registered since 2017, largely associated with the storm Filomena. This was precisely one of the causes of the high prices already mentioned at this time. Then, starting in February with less cold temperatures in the winter that ended, the demand fell and it remained stable for the rest of the first half. 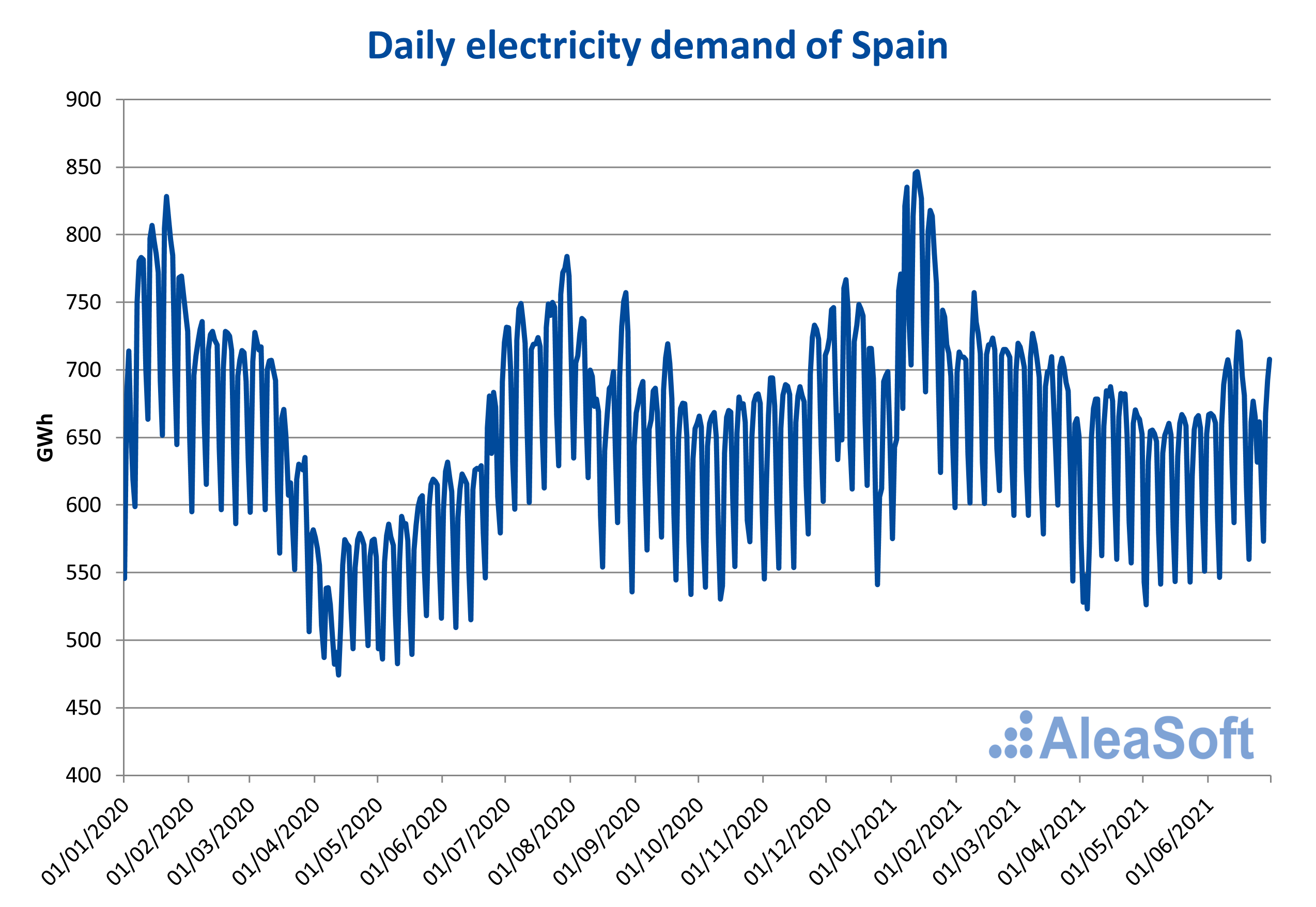 As of March, the demand was at the usual values for the corresponding time of year, with figures similar to 2019, which shows a progressive recovery from the effects of the pandemic.

As was commented in previous news, the production with renewable energies became increasingly relevant in Spain. The technology with the highest growth in its installed capacity in the Spanish territory during the first half of 2021 was the solar photovoltaic, whose participation in the peninsular electricity balance can be seen to progress practically month by month. Although obviously, these data are favoured by the fact that the graph shows the first half of the year and therefore the values go from winter to summer, with the consequent increase in the periods of daily light. 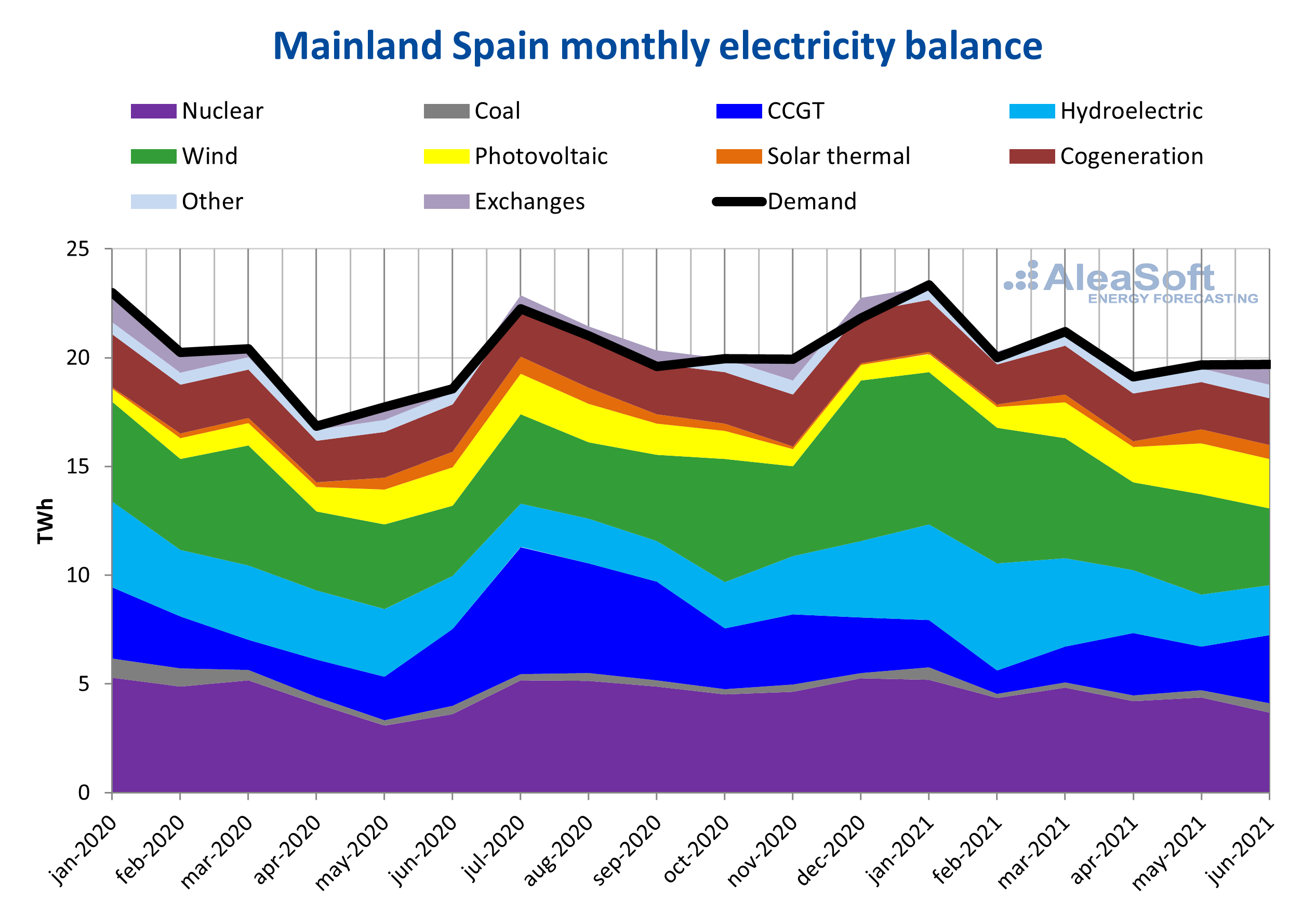 In the monthly balance of productions by technologies, it is observed how in February the production with combined cycle gas turbines, which is the backup technology to cover the demand when the renewable energies and the nuclear energy are not enough, reduced its participation in the generation mix thanks to a decrease in demand and an abundant renewable energy production, mainly wind energy, hence the low prices that were registered in that month. However, in the following months it can be seen how the production with combined cycle gas turbines increased, which made prices more dependent on the fuels and CO2 emission rights markets, thus causing the high prices that were registered.

Compared to the previous half year, the technologies that varied the most were the combined cycle gas turbines, whose production fell by 46% and, on the other hand, the hydroelectric energy, which increased by 47%. If this same analysis is carried out on a year‑on‑year basis, that is, compared to the first half of 2020, the technologies with the greatest changes were the coal energy production, which decreased by 35% and, on the other hand, the photovoltaic energy production, which increased by 36%. 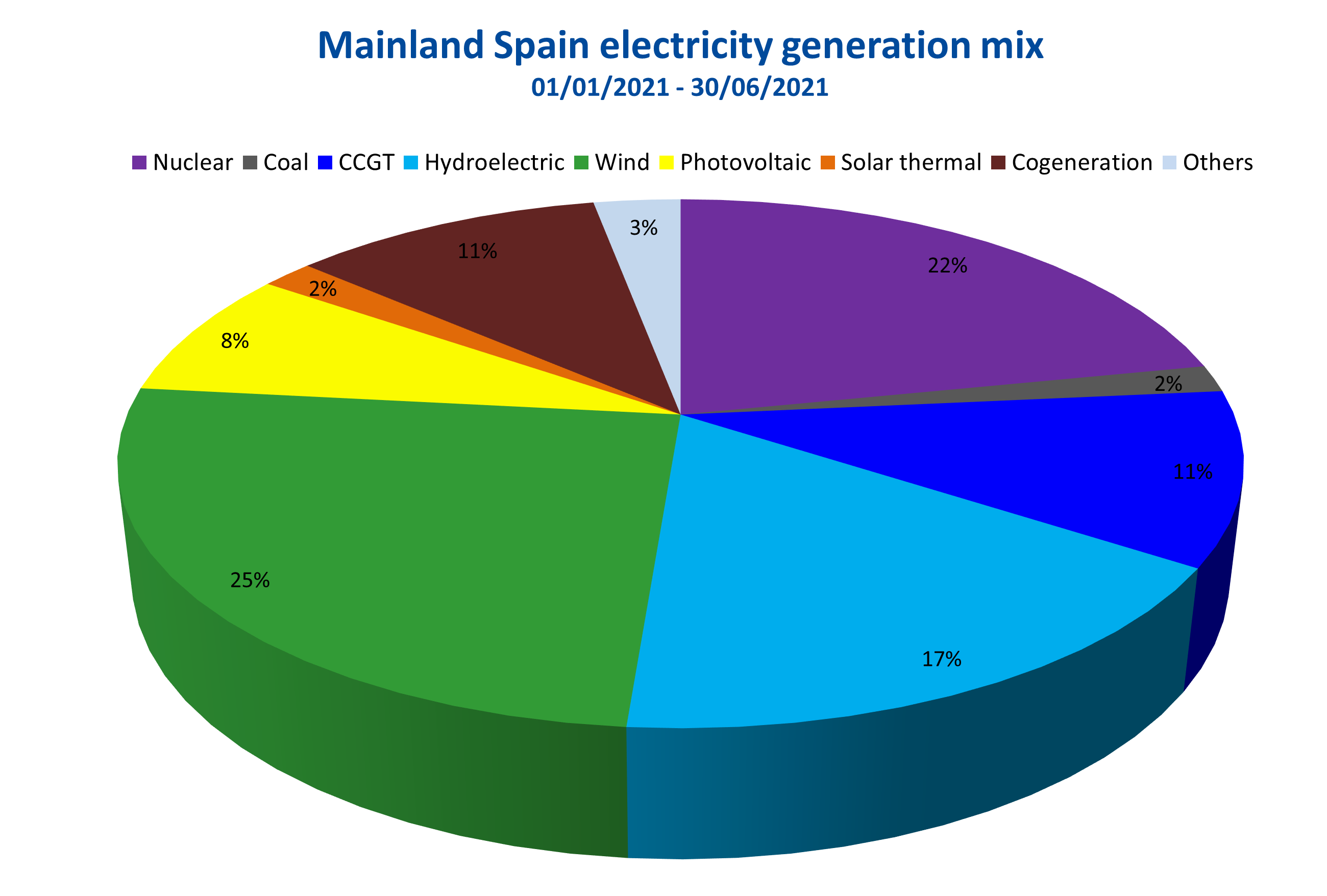 The coal energy production was residual, with only 1.6% and the solar energy almost reached 10% of total generation. The main thermal technology in Spain continues to be that of the combined cycle gas turbines, which generated approximately 11% of the electricity in the first half of the year. In general, it can be said that the electricity generation in Spain is on the right track with regard to the European objectives of decarbonisation of the economy.

It is expected that during the rest of the year the share of the solar photovoltaic energy in the generation mix will increase, as new capacity continued to be installed during the period and at the end of the first half of the year the solar photovoltaic capacity installed in the Spanish electricity system already exceeded 12 GW. At AleaSoft it is considered that the photovoltaic energy and the wind energy will be the key technologies of the energy transition in Spain. 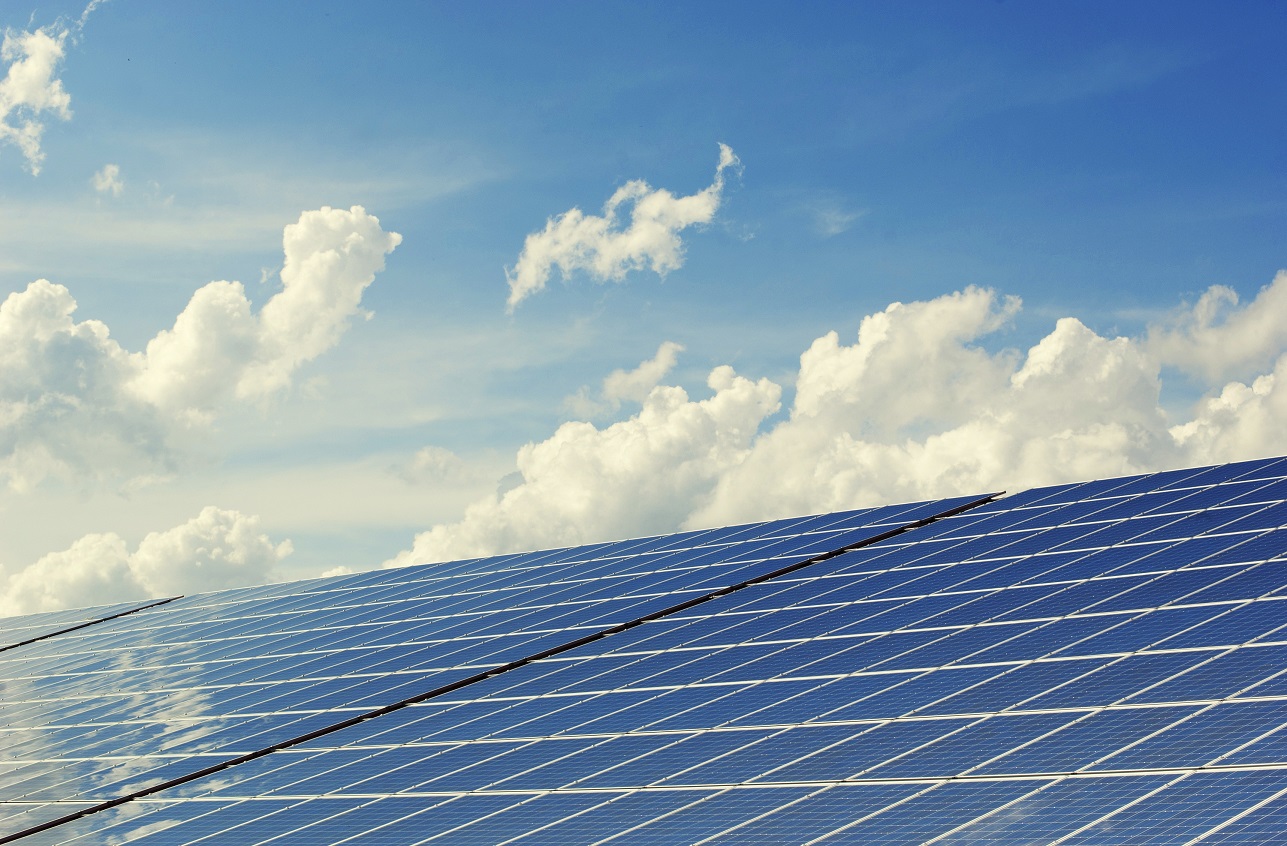 The behaviour of the electricity futures for the next calendar year 2022 was predominantly bullish. In both the EEX market and the OMIP market of Spain, the prices of this product increased by around €25/MWh during the first six months of 2021. In the last session of the period, on June 30, the settlement prices in these markets were €72.55/MWh and €73.07/MWh respectively. These values represent an increase of approximately 54% in the prices of this product at the beginning of the year. 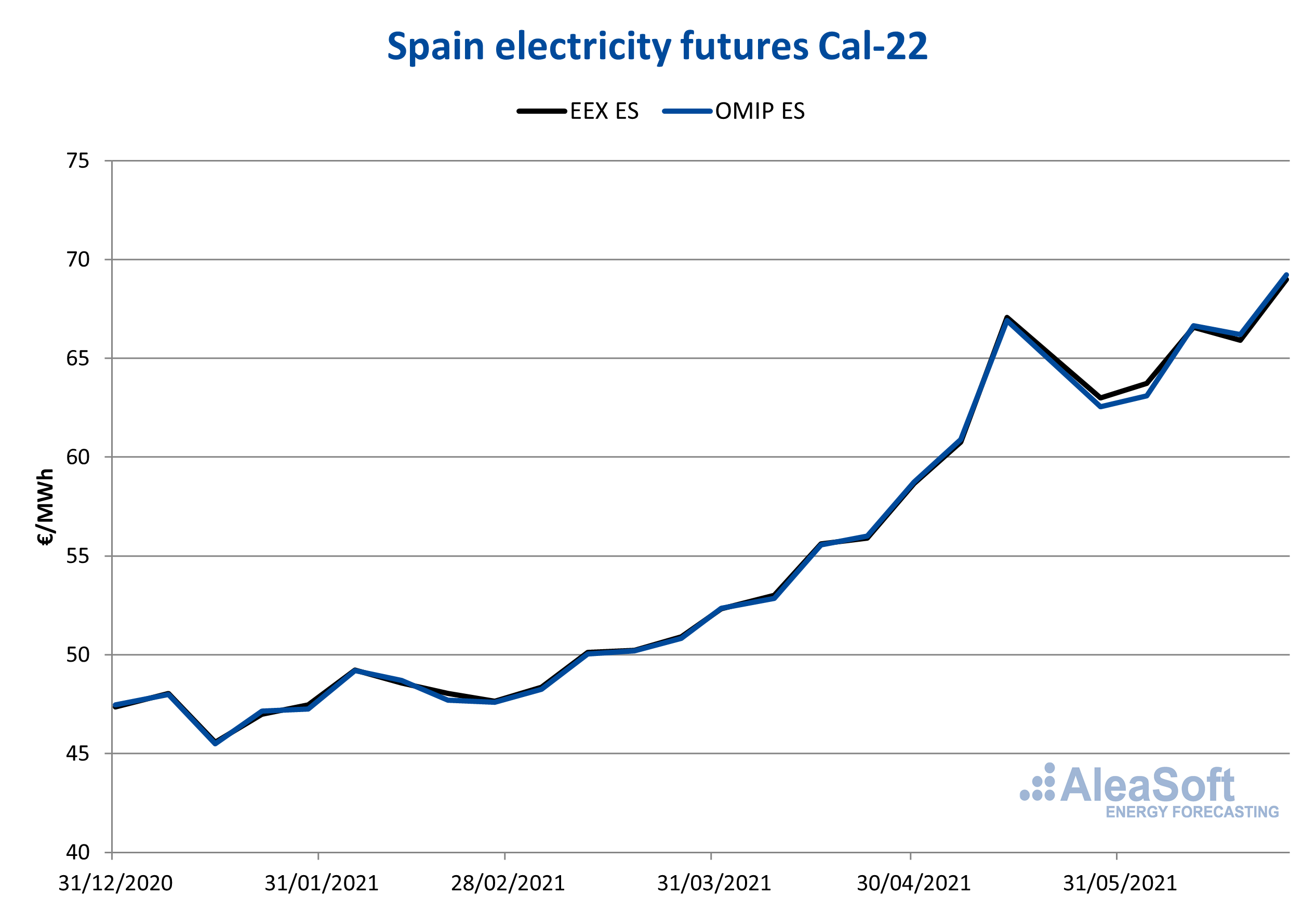 Source: Prepared by AleaSoft using data from EEX and OMIP

During the first half of 2021 the interconnections with France and Portugal had a practically opposite behaviour. In accordance with the February prices phenomenon, where the MIBEL market was the one with the lowest prices in Europe, it is observed that during that month Spain was a net exporter of electricity to France, which at that time had higher prices in its market. 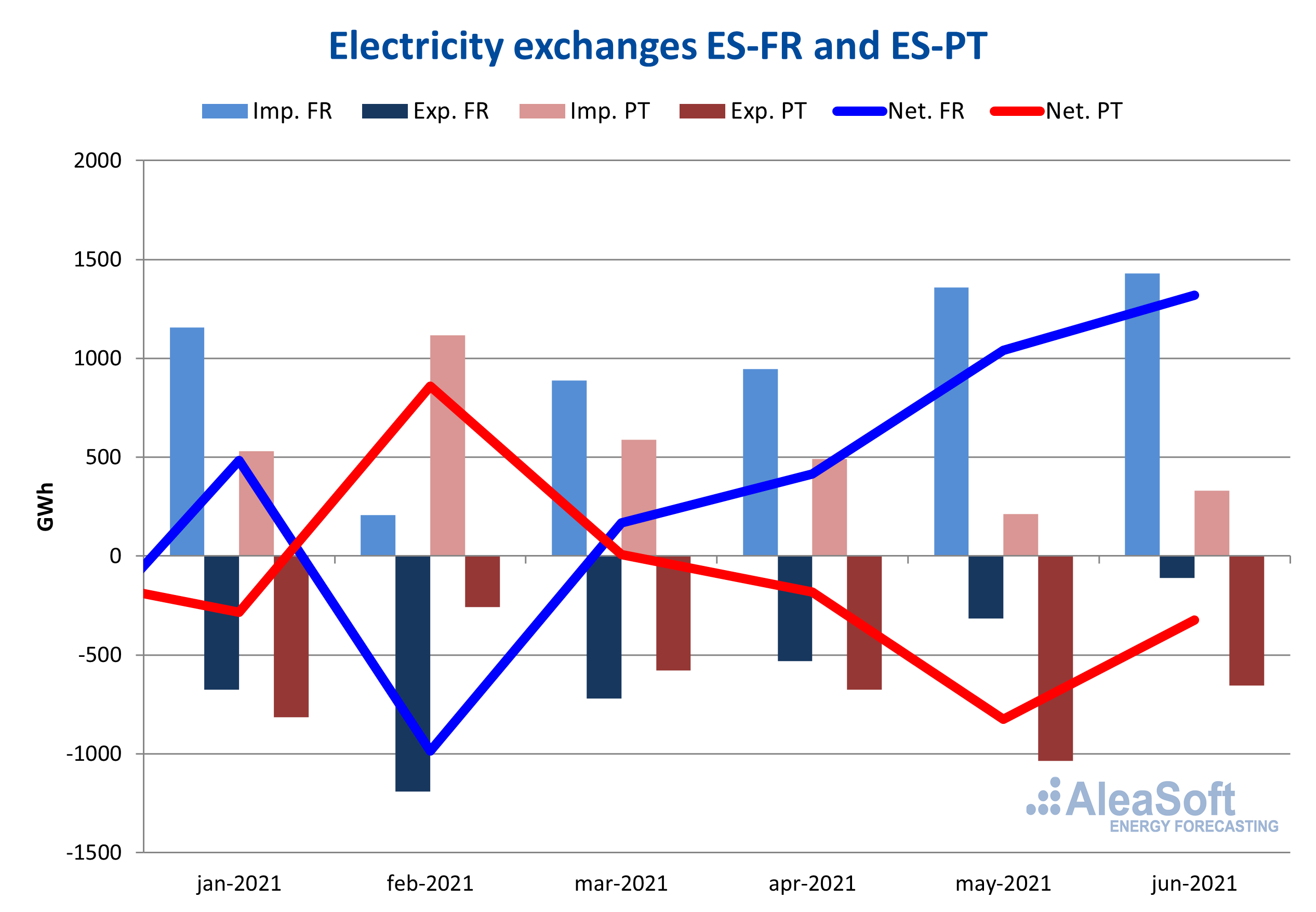 AleaSoft’s analysis on the prospects for the Spanish market

The Spanish market experienced during the first six months of 2021 extreme situations that took it out of its equilibrium point. In this context, AleaSoft is doing a special promotion of the long‑term European electricity markets prices forecasting reports, including of course the Spanish market. These forecasts are made using a scientifically‑based methodology, endorsed by the more than 20 years that AleaSoft has been working for the main companies of the energy sector.

On October 7, a webinar will be held to analyse the state of the energy markets in the recovery from the economic crisis one year later, for which registration is already open. This time the webinar will feature speakers from Deloitte, in addition to the regular speakers from AleaSoft. One of the topics of interest to be discussed will be the prospects for the renewable energy projects financing and the importance of the forecasting in audits and portfolio valuation.