The future of the hydrogen will be green

AleaSoft, October 14, 2020. The green hydrogen is getting everyone’s attention lately. The industrial development that the adoption of the green hydrogen production, storage and transport technology will lead seems to have finally aroused the interest that will make this technology one of the key pieces of the energy transition towards an emissions‑neutral economy.

In recent weeks, the hydrogen became daily among the most prominent headlines in the media dedicated to the energy sector and even in more generalist media. Surely, the moment in which the European and Spanish economy is, at the beginning or in the middle of what wants to be a speedy recovery from an unprecedented economic crisis, a technology with a clear vision of the future, such as the green hydrogen, arouses a lot of interest and attracts a lot of expectation.

At the webinar of last Thursday, October 8, of the #RenewableEnergyTalks series organised by the Association of Renewable Energy Companies (APPA), with the presence of Antonio Delgado Rigal, CEO of the AleaSoft consultancy, the green hydrogen took an important role when talking about the long‑term electricity market prices curves.

The future of the hydrogen will be green

In the current context of energy transition and fight against the climate change, a technology like hydrogen only makes sense if it is green, that is, renewable and sustainable. The targets for hydrogen at the European level are clearly towards green hydrogen. The plans of the European Union are having an electrolysis capacity installed to produce hydrogen from renewable energies, basically wind and photovoltaic energy, of 6 GW by 2024 and 40 GW by 2030.

At a global level, the International Energy Agency (IEA) set the challenge of achieving by 2030 a global production of about 8 million tons per year of hydrogen from low‑emission sources, this is both green hydrogen, from renewable energies, and blue hydrogen, from fossil fuels combined with some CO2 capture technique to prevent it from being released into the atmosphere. As a reference, the production of hydrogen with low CO2 emissions in 2019 was around 350 thousand tons. 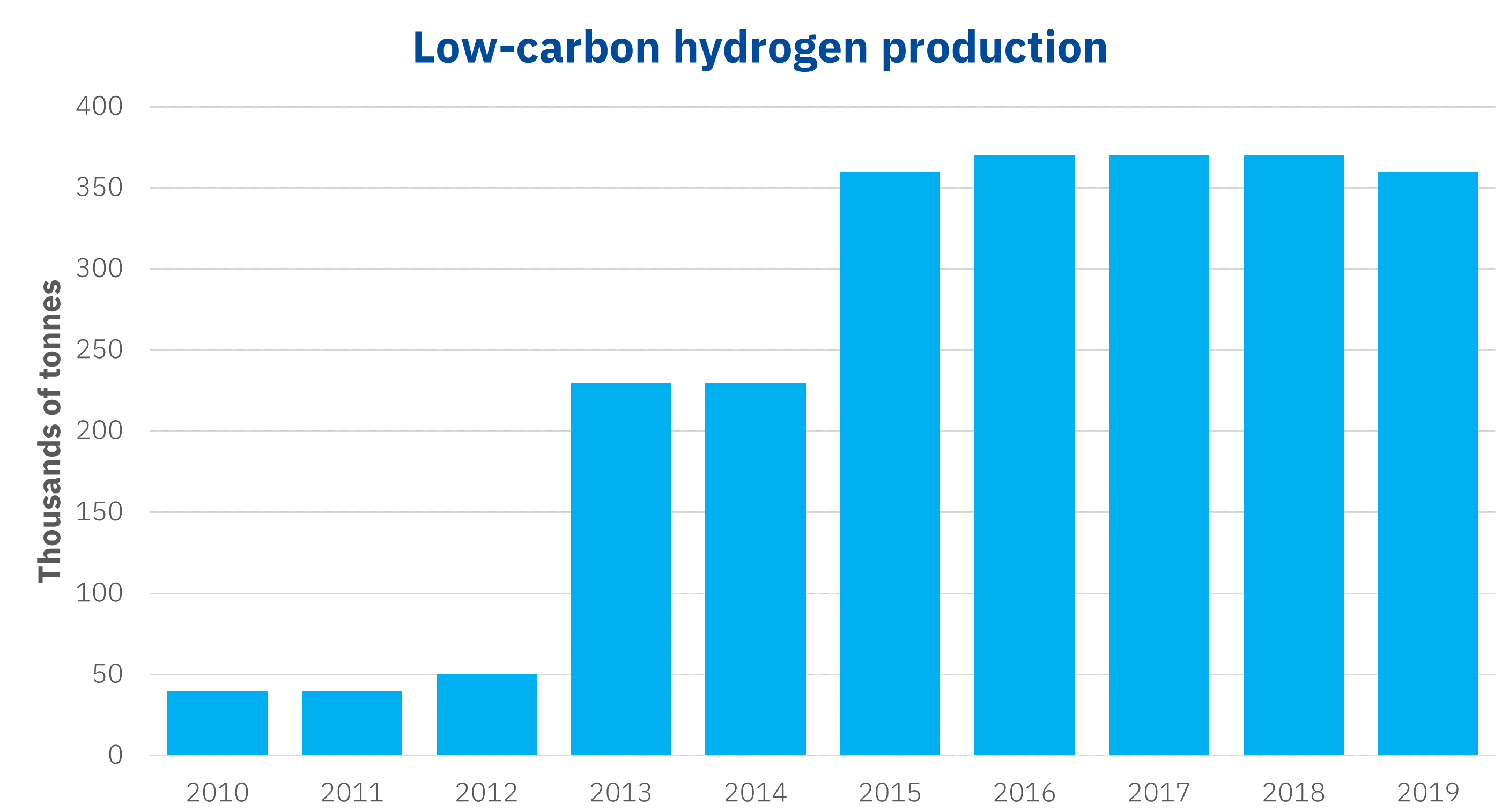 In the Spanish sphere, the Government has just approved the Green Hydrogen Roadmap, which aims to achieve a capacity of 4 GW of electrolysers by 2030. With the objectives of the roadmap, Spain wants to become the benchmark in the south of Europe in terms of green hydrogen production. According to the AleaSoft consulting firm, the hydrogen revolution is necessary and, at the same time, an enhancer of the photovoltaic energy revolution, that is, it’s the perfect complement.

Furthermore, as stated by Antonio Delgado Rigal in the last APPA webinar, the hydrogen will play a very relevant role in the long‑term electricity market balance, as shown by the AleaSoft‘s models. For this, it is necessary to visualise the European energy system as a whole and understand how the hydrogen will serve both as an energy storage technology and as a vector for the conversion of electrical energy into other types of energy, for example as a fuel for transport or industry, or as a substitute for natural gas.

In addition to participating in the APPA webinar, at AleaSoft a series of webinars on “Energy markets in the recovery from the economic crisis” is also being organised. The second part of this series will take place on October 29 and will also feature the participation of two invited speakers from the consulting firm Deloitte, Pablo Castillo Lekuona, Senior Manager of Global IFRS & Offerings Services and Carlos Milans del Bosch, Partner of Financial Advisory. In this second part of the webinar, the topics analysed in the first part will continue to be deepened, and on this occasion special attention will be focused on the needs of investment and financing of the renewable energy projects, the risks and the difficulty of the preparation of financial information.