Interview of Energética XXI with Antonio Delgado Rigal, PhD in Artificial Intelligence and CEO of AleaSoft 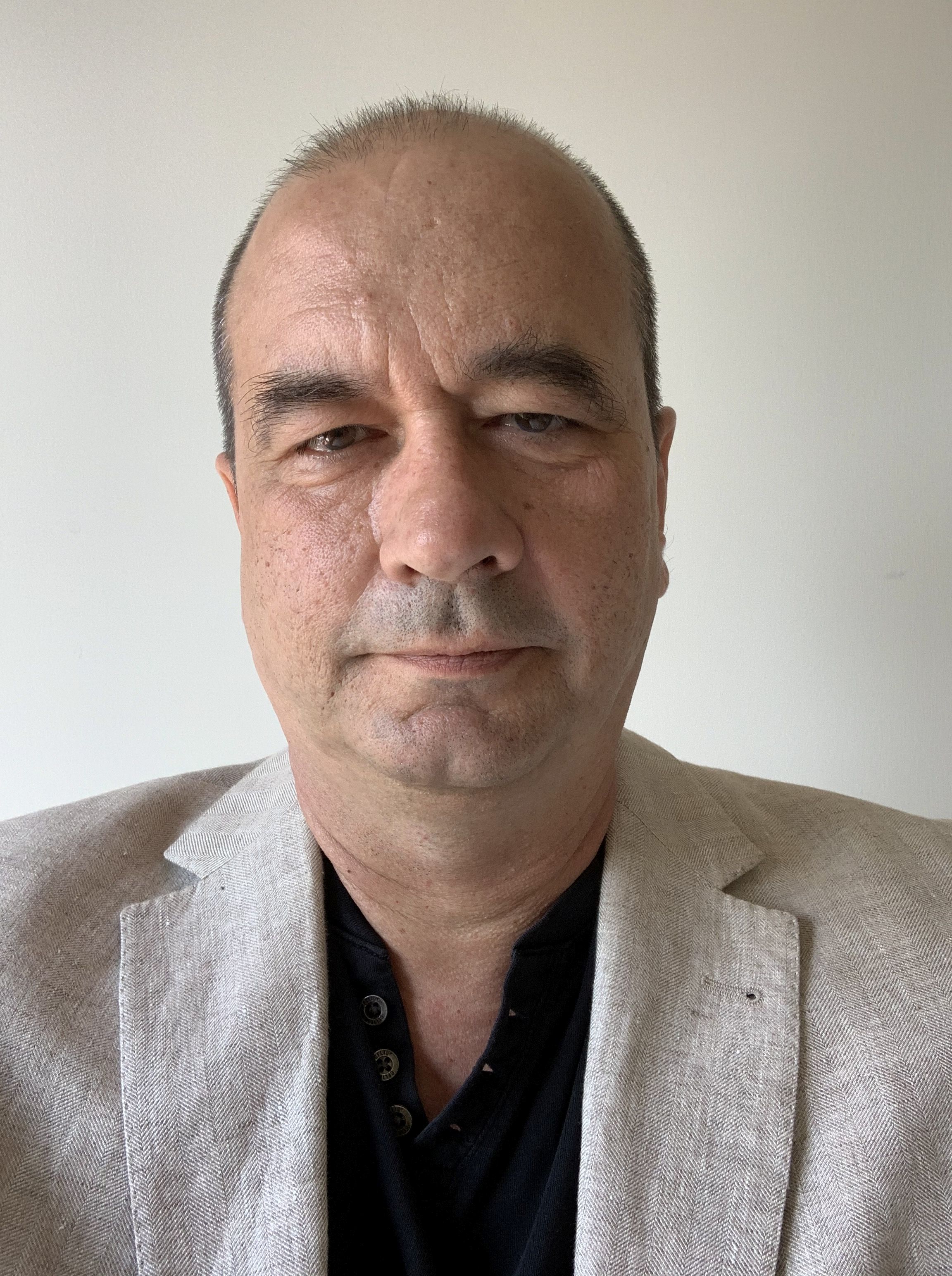 On April 16 and May 21 we carried out the first two parts of the series of webinars to track the crisis and the influence on the energy markets in Europe, although mainly focused on the case of Spain for being, along with Italy, one of the countries with stricter confinement measures and, consequently, with a greater impact on the electricity demand.

In the month of April, the prices of all the European electricity markets fell due to the drop in demand and the low fuel prices. The electricity consumption fell mainly due to the slowdown in economic activity in the countries affected by the epidemic and the confinement of the population. The fuel prices, which were already on a downward trend since before the crisis, fell due to the drop in demand worldwide and the excess of production and storage.

The final message of the last webinar was one of optimism as the current situation will be overcome and the prices will once again take their path. Despite the complicated situation, the interest in investing in renewable energy, which in the long term will be profitable investments, continues.

On June 25 we will have the third part of this series of webinars that, like the previous one, will last two hours. In the second hour of the webinar we will have an analysis table to answer questions on the subject of the energy prices in the future and the prospects for renewable energy projects financing during the crisis.

The electricity markets prices are low, as is the gas price. Any ideas about the future?

We are seeing a devastating pandemic worldwide and a global economic crisis with a decrease in consumption that was not seen since the World War II. Fortunately, the health part is being resolved in Spain and in Europe. At the European level, millionaire aid is being approved for the reconstruction of the economies hardest hit by COVID‑19.

The fuel prices are low in general. Especially low is the price of natural gas that was quoted on the TTF gas market at less than €4/MWh for several consecutive days, which constitutes a record of low prices in the historical series.

To get out of the economic crisis completely, it will take years. The worst part happened in the month of April and there are already signs of recovery with the de‑escalations of the confinement on the continent.

As we exposed in the webinars of April and May, the prices will gradually recover as the economic situation improves in Spain, in Europe and worldwide.

How has the crisis influenced the PPA of the electricity sector? Any recommendation for the large consumers?

The issue of the PPA is something that we discuss in the webinar since it is a topic of great interest in times of crisis. The PPA prices are conditioned by the evolution of the spot price and by the perception of the prices in the future and hence the importance of the long‑term forecasting reports that we make for the different agents in the electricity sector, especially in the renewable energy sector.

Since the middle of last year this price was falling, but, as a result of the arrival of the epidemic, in the second half of March and the first of April it had a collapse, especially due to the uncertainty of the magnitude of the pandemic at the international level. Once this stage of greater confusion passed, the prices recovered, but taking the path of decline they were taking. In the conditions of the contracts, there is also a tendency for both the horizon and the volumes to be lower.

For the large consumers and especially for the electrointensive industry, this is a good opportunity to take a position and buy electricity in the medium and long term at a lower price. As we published in February, the State will endorse the large consumers to facilitate the signing of PPA with renewable energy generation facilities.

About AleaSoft models, now with the crisis, how have they behaved? Does the artificial intelligence work?

We have more than 300 models in operation to make forecasting of electricity market prices, demand and all kinds of renewable energy production in all time horizons, from the next minutes or hours to a 30‑year horizon. With the crisis, in the second half of March, we had to spend time adjusting the models. But more than the models themselves, what required adjustments were the scenarios of the variables used by the models, which had to be adapted to the unprecedented situation of falling consumption and economic activity.

The AleaSoft‘s hybrid methodology combines a series of scientific forecasting methods, mainly regression, Box Jenkins models and recurrent neural networks. The neural networks are a subset of “Machine Learning” which is a fundamental part of the artificial intelligence.

All these methods combined in a core that we call the Alea model demonstrated high quality and coherency in the course of more than 20 years of operation in the energy sector.

Undoubtedly, we can say that the artificial intelligence works, like the other scientific methods that we combine and that enhance the final result and the quality of the forecasts.

Regarding the future investments in the renewable energy sector, in which position do you think Spain is in this new economic context?

Southern Spain has the highest solar potential in Europe and is undoubtedly the main focus of investments at European level in photovoltaic energy production. In Spain the wind energy resource is also important, as well as the interest of developers and investors to continue increasing the installed capacity with this technology. In general, there is extensive experience in renewable energy technologies with leading companies at global level and the three main factors come together: renewable energy resource, experience ‑ technology and investor interest. The existence of available space and access to the grid for the parks must also be added, besides a willingness to facilitate the decarbonisation in the government plans.

In the ranking of the International Renewable Energy Agency (IRENA), Spain appears in 10th place in installed renewable capacity with 55 GW. This capacity represents 50% of the generation capacity of the Spanish electricity system. At the end of February, between the wind and the solar energy added already more than 110 GW of permits granted, that is, the double of the installed renewable capacity, with another 30 GW that are pending of resolution. Despite the current crisis, the investment appetite has not decreased and in renewable capacity we are in the top ten worldwide in both wind and solar energy.

The role that hydrogen will play in the decarbonisation of the industry and the transport is increasingly present. Which are the prospects?

A few weeks ago we wrote about this topic of the green hydrogen in the transport and the industry and its importance in the decarbonisation that is necessary to achieve. There are three basic premises. First, Europe imports 5 billion Euros a week in oil or derivatives. Second premise, in 30 years it is intended that we have zero emissions of polluting gases on the continent. Third premise, storing renewable electricity in the hours of sun and wind to generate electricity at night or in the hours of more consumption and little renewable energy generation.

The production, distribution and mass consumption of green hydrogen is the cornerstone of the future of Europe’s electricity and gas system. With the production of green hydrogen, Europe will be able to stop importing gas or oil derivatives and start exporting hydrogen. The objectives of decarbonising transport and industry will be met and the renewable energy will also be adequately stored to convert it into electricity or hydrogen according to the needs of the electricity and gas markets.

Which consequences do you think the current crisis will have on the development of the electric mobility in Spain and Europe?

The current crisis is putting the automotive sector in a complicated situation. The closure of the Nissan plant in Barcelona is an example. The car consumption is at historical lows.

This situation is an opportunity to develop the transport based on green hydrogen and that it is widespread, that is, the transport by land, sea and air. Development of vehicles and charging infrastructures for the transport of people and goods.

The automotive sector is essential for the development of the industry, the technology and the creation of quality jobs. A great effort must be made now to convert this sector from fossil combustion engines to electric engines.

How should the European Union articulate the so‑called ‘green recovery’ of the crisis caused by COVID‑19? Where should the focus of the aid and loans that Europe will allocate be?

As previously stated, the focus should be on green energy consumption, starting with the transport that consumes most of the polluting energy. Much of the aid must be directed to the production and consumption of electric transport. In a first stage of batteries and later of green hydrogen. The development of the renewable energy generation, the decarbonisation and the energy transition will depend on the massive use of green hydrogen in the transport and in the industry.

The fact that a large part of the transport that circulates through the cities is electric must be promoted. Helping with grants and loans to the companies and freelancers who transport goods and people. All the transport of the public organisms must be changed to electric.

PrevAnteriorIn May, the prices of the European electricity markets increased compared to April, but they fell on a year on year basis
SiguienteThe climate change law does not recognise the green hydrogen as the fuel of the futureNext
Menu
Facebook-f Twitter Linkedin Instagram